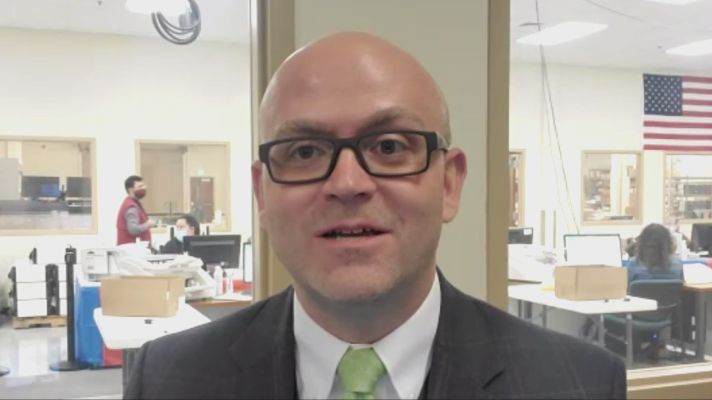 Ada County Clerk and Secretary of State candidate Phil McGrane is adding “Theater Director” to his resume. The play he is now directing is a rewrite of a show that’s been worn out and overplayed, but apparently, McGrane feels compelled to direct it anyway. The play is called, “Wear a mask so others feel safe.” McGrane’s version differs from the Anthony Fauci flip-flop version, in that McGrane openly admits he doesn’t know whether masks actually work to prevent viral transfer (note: they don’t). Other than that, the play looks and sounds very much the same as other versions of this play: It’s everyone’s responsibility to acquiesce to others’ possible fears.

We know McGrane’s true feelings on the subject, as he has been seen frequently at public gatherings without a mask on his face. So really, McGrane doesn’t care about masks, but he knows the value of theater. In order to possibly prevent a potential person from maybe feeling uncomfortable, McGrane says that if you are going to work at Ada County’s polls on November 2, or if you will be a poll watcher to help ensure election integrity, you must don the costume of his choice and participate in his play.

With that, what can we ascertain about the man? Maybe McGrane is a hypocrite? Perhaps he’s a tyrant?

As director of the November 2 showing of the play, Mr. McGrane is unable to say under what authority he made this costume rule, but someone in his office, assistant play director Saul Seyler, has said, “It was an office decision.” So now, the Ada County Clerk’s “office” has proclaimed itself able to essentially make law for citizens of Ada County who wish to be involved in the elections process.

A Replay of the 2020 Election Fiasco?

After what happened around the country in 2020, one would think having poll watchers at each precinct would be welcome. But no, McGrane, relishing his role as director of a worn-out play, has decided that it would be better to create a show in which people feel safe (even though masks make no statistical difference), rather than have people with naked faces observing the polls for honesty during Tuesday’s election.

Concerned citizens, including several poll watchers, have contacted McGrane’s office to complain about his dictatorial edict, but McGrane is not backing down. Sadly, many have decided they will comply with his arbitrary costume rule. Others are planning to ignore it and hope for the best. Still others have chosen alternative ways to be involved on Tuesday – leaving some polls vulnerable to the same thing we saw happen across the nation in November of 2020.

McGrane is even using intimidation tactics, telling one poll watcher that if it came down to it, the police could be called. It appears to this writer that Mr. McGrane is interfering with honest and fair elections in Ada County.

Is McGrane Interfering With Election Integrity?

Consider the following: How is a poll watcher supposed to observe facial expressions on the poll workers when they are masked? Also consider that masks muffle the voice of the wearer. The point of having poll watchers is to have them observe for anything that could be construed as inappropriate during the voting process. When a watcher’s senses are impaired by other’s masks, they could miss important information. Additionally, if a watcher is wearing a mask and his or her oxygen and carbon dioxide levels get thrown off, how much more impaired might their abilities be?

McGrane seems to be standing on the idea that naked faces would somehow interfere with the Constitutionally protected right to vote, but It seems he doesn’t care about things that could impact election integrity.

In the theater world, we are often asked to suspend our critical thinking skills and our knowledge of reality so we can enjoy the show. Apparently, this is also what we are being asked to do on election day.

The truth is that many of us are tired of watching this play. We’ve read the science and know that masks don’t make a difference in preventing viral transfer, and we also realize that people are responsible for their own health – and their own fears. We also know that anyone who is afraid of being in a room with others has likely already voted.

I could talk about this being an off-year election and that because polls will not be crowded, it would be easy to maintain a six-foot distance from other human beings, but that’s really not the point. At issue is a candidate for Secretary of State who sees no problem with creating what amounts to an arbitrary law that may impact the integrity of our elections.

Sorry, not sorry, Mr. McGrane, but I am not buying tickets to your play. Some of us just want honest and fair elections without interference from a virtue-signaling County Clerk, and we are willing to stand up and announce a different play is now showing: The Emperor Has No Clothes.