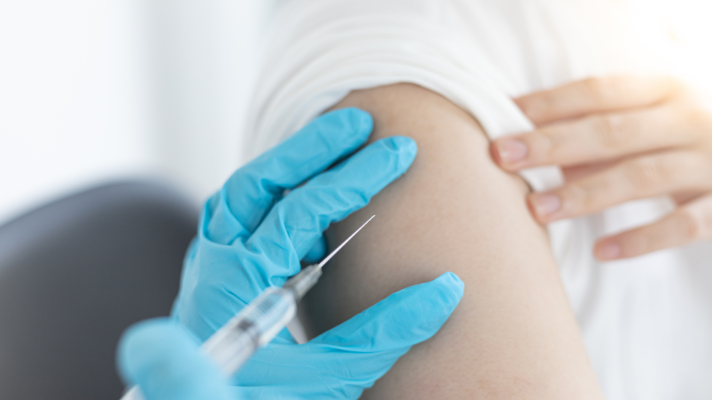 If I were a local, state, or the federal government and wanted to implement vaccine mandates for public employees, to be sure, I would cite the 1905 case Jacobson v. Massachusetts, the now infamous Supreme Court case that upheld a Massachusetts compulsory smallpox vaccine law as constitutional.

That said, while this oft-cited 100-plus year-old case appears to be one of the most persuasive cases for arguing for the validity of COVID-19 vaccine mandates, there are a number of important points the advocates of vaccine mandates conveniently didn’t tell you about the scope and substance of Jacobson.

Leaving aside the fact that the vaccine mandate in Jacobson was for smallpox, a disease that has historically has a 30% mortality rate (COVID-19 is well below 1% in most of our population), and leaving aside the fact that the repercussions for not complying with the smallpox vaccine mandate was a $5 fine ($155 in today’s dollars), it is important to note that Jacobson upheld a state law, in one state, Massachusetts. Moreover, it upheld a law created by that state’s legislature and not a mandate produced by executive fiat.

In other words, Jacobson is not the greenlight for vaccine mandates nationwide people say it is.

Massachusetts had a specific state law

In addition to Jacobson pertaining only to a state law created by its state legislature, it is simply not true that all vaccine mandate statutes created by future state legislatures post-Jacobson would read the same as that law in Massachusetts.  Nor is it true that they would operate under the constitutional provisions as found in Massachusetts that apparently allowed for such a mandate in that state. In fact, it is nearly impossible that the facts underlying all such future laws would be identical to those in Jacobson, and would therefore of necessity warrant the same holding as in Jacobson.

Further, it is also vital to note that the manner in which different states and localities are instituting their various vaccine mandates today is not via a statute passed by their respective legislatures, as was the case in Massachusetts. Rather, many states and localities are issuing them through executive or administrative fiat. Some, or even many, of those mandates are questionable on those grounds and may exceed the scope of powers statutorily granted to such entities – something not at issue in Jacobson.

All this to say that Jacobson was a state case that dealt with a specific state’s law. In no way did it pertain to the constitutionality of the federal government attempting to mandate vaccines on private entities through an executive agency such as OSHA, as is being proposed by the current administration in Washington. And, in no way does it per se grant carte blanche to state executive and administrative agencies the right to institute vaccine mandates under their respective forms and limitations of government. Such a mandate, if ever promulgated by the federal government or state agencies, would not be on point with the Jacobson case and would not be justified by the holding there.

Not only does the federal government not possess general police powers, as do states, but administrative agencies such as OSHA can only act within the bounds of the powers granted them by Congress. In other words, that Jacobson upheld a state compulsory vaccine law in no way grants the federal government powers it never had in the first place. Still, it appears we see many executive agencies acting outside the scope of the statutes that created them. And, it further seems likely that the broad scope of some of those enabling statutes could even themselves be so broad as to be construed as unconstitutional if challenged today. OSHA is a good example of this.

And speaking of a state’s police powers, the Court had something to say about that in its Jacobson ruling.  “According to settled principles, the police power of a State must be held to embrace, at least, such reasonable regulations established directly by legislative enactment as will protect the public health and the public safety.”

Yes, even the police powers of a state, which states rightly possess, must be “reasonable.” In Jacobson, the Court believed that Massachusetts’ mandate regarding a vaccine for the specific disease of smallpox – and with the stated alternative $5 penalty – was reasonable. The Court went on to clearly state that future mandates might be unreasonable and therefore unconstitutional.

In Jacobson, the Court went out of its way to warn us that future laws in this regard could be arbitrary and unreasonable, and might require the Court to intervene against such laws:

“[I]t might be that an acknowledged power of a local community to protect itself against an epidemic threatening the safety of all, might be exercised in particular circumstances and in reference to particular persons in such an arbitrary, unreasonable manner, or might go so far beyond what was reasonably required for the safety of the public, as to authorize or compel the courts to interfere for the protection of such persons.”

Could a mandate for a demographic of persons whose Covid mortality for most age groups is almost zero be considered arbitrary or even unreasonable, especially mandates for young children (mortality rate = 0.003%)? Could a vaccine mandate for people who have already had COVID-19 and who have natural immunity, and therefore who arguably possess better immunity than people who have been vaccinated be considered arbitrary or unreasonable, or “go so far beyond what was reasonably required for the safety of the public?” These are just a few examples among many.

Simply stated, it is not enough for a state to claim good intentions and assert a supposed right to force vaccinations on its populace. Throughout Jacobson the Court made this point abundantly clear, and they underscored its warning at the close of their opinion:

“Before closing this opinion, we deem it appropriate, in order to prevent misapprehension as to our views, to observe — perhaps to repeat a thought already sufficiently expressed, namely — that the police power of a State, whether exercised by the legislature or by a local body acting under its authority, may be exerted in such circumstances or by regulations so arbitrary and oppressive in particular cases as to justify the interference of the courts to prevent wrong and oppression.”

It would seem to those who have actually read Jacobson that the Court thought it very necessary to make abundantly clear this was a narrow state decision, and that the Court might be compelled in the future to interject itself into other cases of compulsory mandates under different circumstances.

It is very interesting to see how the multitude of intellectuals and media personalities among us today are attempting to use the Jacobson case as a justification for forced COVID-19 vaccinations. It’s also interesting to see how they are conveniently neglecting to mention the many limitations placed on Jacobson – by both the Constitution and as expressly stated by the Court itself.

Far be it from me to impugn anyone’s intellectual honesty in this regard. I guess they just missed a few facts.

Matt Tobeck is a practicing attorney in Boise, Idaho, and is an alumnus of Concordia University School of Law. In addition to his law practice, his interests include studying American History and Constitutional and Administrative Law.