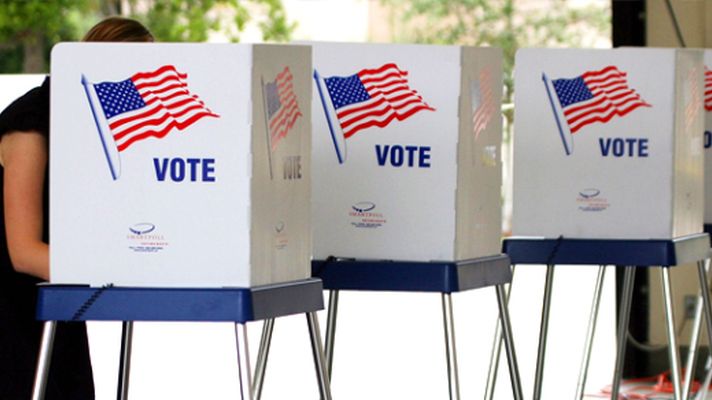 On the first day of this month, I wrote about Phil McGrane’s mask requirement for all Ada County poll workers and poll watchers. After watching the polls on election day, I wanted to give an update.

First, my why – the reason I fought hard against the mask mandate and wrote an Op-Ed about it. It wasn’t a fuss just to avoid wearing a mask, and it wasn’t only for my benefit. I took my stand with my eyes on freedom, common sense, and truth for everybody. I did it because the kabuki theater Mr. McGrane was mandating wasn’t about maintaining free and fair elections and it certainly wasn’t about real science. It was about political science.

Many advised me on “work arounds” for the rule or other mask-free ways to be “helpful” on election day. I appreciated their thoughtfulness, but I wasn’t looking for a workaround.

With all the “mandates” established by various entities for more than a year, I’m sure Mr. McGrane didn’t think his election day proclamation was a big deal. Still, we have this thing called freedom. It’s a concept that seems to be evaporating, but I still believe individuals should be able to breathe freely.

In spite of my best efforts, there was no changing Mr. McGrane’s mind on his mask mandate. So, I did what I always do: I arrived at my assigned precinct with my face on. As I walked in, I saw all the actors in costume for the day’s show. There was also a high level of audience participation throughout the day, as most people that came to vote had donned their costumes too.

I did notice that some who were participating in the play became frustrated with the process, because, weirdly enough, it’s difficult to communicate with a piece of cloth or paper strapped over one’s mouth.

Shortly after I arrived, I was shown to my seat, near where the ballots are cast. The chief judge approached and asked if I would wear a mask or a shield. I politely declined. Thankfully, she left me alone and for the rest of the day, and no one ever made a fuss about my naked face.

Was it a Victory?

Many people will see me being maskless as a victory. I didn’t. Yes, I got to poll watch, but this wasn’t about me. This was – and continues to be – about freedom, common sense, and truth. Yes, leading up to election day I had been intimidated, and even afraid of getting arrested. Still, I stepped into my role with a naked face because I believed I had to.

I watched others decline to be poll watchers because they didn’t want to confront the injustice. These are good people, and I don’t judge their motives.  I do, however, hold Mr. McGrane responsible for intimidating people to the point they choose to not watch polls to help ensure election integrity.

I predicted masks would create a problem at polling locations, and I was right, but it wasn’t until I was at the polls that I realized the magnitude of the problem. There was a kind soul who obviously has great respect for the voting process, but she was an older lady who has trouble hearing. I estimate she couldn’t properly hear over 90% of the names given through a mask. Frequently she asked people to repeat their names, sometimes more than once.  Much more often than not, she did not repeat a voter’s name properly.

As the night wore on, this elderly poll worker just gave up and said “has voted” after people gave their name. I could hear some names, but often I couldn’t. This made it impossible for me to do my job as a poll watcher and track who voted.

There was also another mask-related problem. In Idaho, voters must present photo ID to vote. If people checking ID’s are required to make sure faces match, they weren’t doing it at the precinct where I was watching (in District 16). I’m told in other precincts people were asked to pull down their masks so poll workers could ensure faces matched ID’s. This meant there was a lack of uniformity in the application of the voter ID laws within Ada County, and that’s a violation of Idaho Code.

Idaho Code 34-305 states: “The county clerk is the chief elections officer of his county and it is his responsibility to obtain and maintain uniformity in the application, operation and interpretation of the election laws.”  (emphasis added)

I wouldn’t have even known about Idaho Code 34-305 except that Chad Houck, Deputy Secretary of State, informed me that the Attorney General’s office said this law gave Phil McGrane the right to impose his mask rule. Really? One must use extreme mental gymnastics to conclude the wording of that code gives someone a right to make up a mandate. But sadly, our world is full of people practicing mental gymnastics as they seek to justify running other people’s lives.

Isn’t it curious that Mr. McGrane dug in his heals to enforce his made-up rule for intimidating election workers and poll watchers but failed to train his poll workers to follow actual Idaho Code and ensure uniformity for how poll workers check a voter’s identification?

How to end the Tyranny

It is my hope that more people take a stand and hold people’s feet to the fire when faced with injustice and tyranny. People have a right to breathe and to choose how to take care of their own health. They should not be discriminated against, fired, restricted from travel or anything else because of their health care choices.

I also encourage everyone to remain strong when taking a stand, because we will make a difference when we stand together despite how hard they push. The sooner we all quit participating in kabuki theatrics and stop wearing their prescribed costumes, the sooner all the little tyrant emperors will realize that we’ve known they’ve been naked all along.