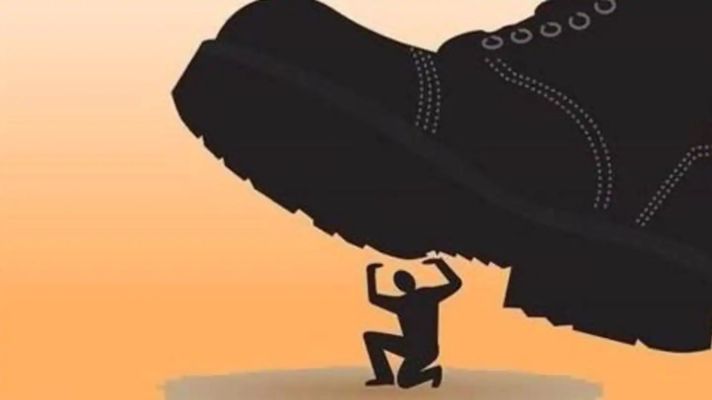 One Committee member underscored that the Committee has become quite divided since Syme took over as Chair. “Tracey Wasden has not made eye contact with me for 18 months – unless she wants me to vote her way on something, then it’s all sunshine and roses. It’s obscene how offensive they’ve become. And for Chaney’s law office to send a threatening letter to our Committee secretary for sending out information useful to our members, that was so far over the top I just don’t have words for it.”

When the Committee member was asked to explain, True Idaho News was sent photos of a letter (see below) sent to Courtney Thompson, who, as Secretary of the CCRCC, sent an email to the Committee email list last year, notifying them of a free online workshop hosted by the Idaho Freedom Foundation (IFF) on how to interact with legislators.

Greg Chaney, whose law office sent the letter, is the same state representative who co-sponsored legislation to curtail freedom of speech during the last session. Chaney’s wife Sarah is a member of the CCRCC and works closely with Syme and Wasden.

“This was totally unwarranted intimidation,” the other Committee member said. “[IFF President] Wayne Hoffman has spoken at Committee meetings many times – in fact, he used to be on the Committee. Here’s a young mom [Thompson] trying to be of help to the Committee, and the Committee sends a threatening legal letter? What kind of money did Chaney’s law office get for doing that? In the past, if someone did something like that without the Chair’s approval, there was a sidebar conversation – ‘Don’t do that without approval,’ and then the matter was settled. Sending a threatening legal letter was totally uncalled for.”

As seen in the photos (below), the letterhead belongs to Chaney Law Office and the letter is signed by “Katelin Bartles, Esq., Attorney for Patti Syme, President, CCRCC.”

In part, the letter says, “Please consider this letter an official demand under Idaho Law to cease all unauthorized communication and sharing. Furthermore, this letter serves as an official demand to immediately hand over all rights, access, mailing lists, and privileges of the [email address] to the Chairman. You may allow yourself twenty-four (24) hours after receipt of this letter to comply with the Chairman’s demand for access.”

Thompson was also threatened with a formal lawsuit for noncompliance.

The letter also chides Thompson for sending email to Committee members from her personal email account that included “Secretary” in her signature.

True Idaho News reached out to a member of the CCRCC with knowledge of the situation and verified that Thompson received no verbal warnings from Syme about sending unauthorized emails before receiving the letter from Chaney’s law office. “Thompson never received so much as a verbal warning to stop what she had been doing under the previous chair. There was no disciplinary action taken that would have facilitated this letter being sent.”

True Idaho News was informed that, while it’s technically against Committee rules for anyone to send email to the committee email list without approval by the Committee Chair, such minor infractions used to be handled with a sidebar conversation, not a threatening legal letter.

The Committee member who originally reached out with this story told True Idaho News, “This shows the iron fist Patti is using to get her way. It’s unethical, and clearly conduct unbecoming of the Chair of a Republican Central Committee. Big tent? Unity? Give me a break.”

In the August 25 article, multiple CCRCC members were quoted as saying Syme and Wasden should resign.

SEE PHOTOS OF THE CHANEY LAW OFFICE LETTER BELOW