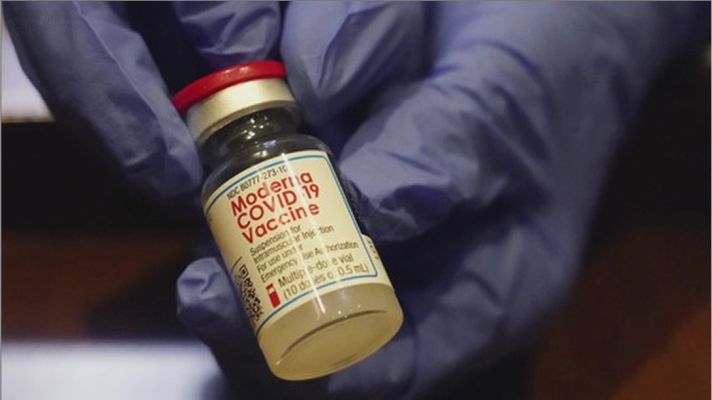 The Idaho Republican Party State Central Committee met in Pocatello August 27 and 28 for their summer meeting and passed several resolutions. Among them was a resolution that passed with a unanimous vote, directing State Chair Tom Luna to draft and send a letter to the entirety of the state’s Republican legislators, asking them to reconvene and address the issue of forced vaccines.

The resolution (see actual wording below) further declares that the entire State Republican Party stands for each “individual’s right to determine what is best for their health,” and urges Republican members of the State Legislature to “immediately pass legislation that protects Idahoans against coercive vaccine mandates.”

The resolution is too late for some

Some members of the Committee lament that the issue is only now able to be addressed. The legislature went into recess without passing legislation on this issue, and the State Central Committee meets only twice a year.

Although this resolution sends a powerful message of unity against medical tyranny, it comes just a few days before a deadline many healthcare workers have been dreading. The state’s three largest health care organizations, St. Luke’s, St. Alphonsus, and Primary Health, each issued mandates that all employees must receive Covid injections before September 1 or be terminated.

Some employees, unable to find other employers who have need for their technical specialty, and desperate to feed their families, submitted to the demands and received the injection.

A shortage of healthcare workers has been created

Other healthcare professionals refused to submit. Rather than violate their beliefs in the longstanding medical principle of informed consent, many healthcare workers from “The Big Three” have already quit. The result is a very real staffing shortage in Idaho that is already negatively impacting the ability of the state’s healthcare systems to meet the needs of Idaho’s citizens.

A screen shot of an internal St. Luke’s email, sent to True Idaho News earlier this week by a St. Luke’s employee, shows that St. Luke’s is acknowledging that labor shortages are impacting their capacity to deliver adequate levels of care.

This problem will only get worse after Sept 1, when employees will be let go for not having received a Covid shot.

Unanimous voting at every level

“It is obvious that Republicans in this state want this resolved,” Koellisch said in a statement. “We felt it was important to start this in Ada County, given that the big three healthcare providers based here are instituting mandates, which appears to be causing a shortage of healthcare workers in the midst of a Pandemic.”

On her Facebook page, Koellisch said, “This resolution sends a strong message to the Legislature from the Idaho Republican Party that we value and uphold our State Party Platform, the National Party Platform, and our State Constitution. We believe in individual rights for all persons to conscientiously object to vaccines that conflict with their moral or religious beliefs. Idahoans should not face coercion in the workplace or be forced to choose between an experimental/accelerated to market vaccine or put food on their table.”

Legislature has been stalling

Publicly, House Speaker Scott Bedke has been non-committal, but True Idaho News has learned that Bedke has been negotiating privately with the healthcare systems to arrange a compromise – to only require “vaccinations” for new employees. Many healthcare professionals vehemently disagree with this idea, as it would codify the right of employers to mandate a medical treatment.

Bedke has also been non-responsive to Koellisch’s inquiries, and Senate President Pro Tempore Chuck Winder told Koellisch that businesses should have the right to set policies for their businesses. He said the state should not be telling private businesses what they can do.

This thinking runs counter to the principles upon which the Republican party was formed, which focused on protecting people, not businesses.

“If companies are allowed to usurp individual liberties, where does it end?” Koellisch asks. “What if four months from now employers want to mandate employees get RFID chips to track whether employees show up on time? Will Senator Winder let them do that, too?”

Because Bedke has been viewed as unresponsive, several groups have tried to gain the attention of Senator Winder. One group of doctors, nurses, and other healthcare workers called “Take a Stand Now” paid for billboards calling on Winder to take action. On Saturday, a reader sent True Idaho News a photograph of a flyer being distributed in Winder’s district, encouraging people to contact the senator and demand he call the senate into session. The flyer lists Winder’s address and phone number, both of which are publicly available on Winder’s legislative webpage.

“The Republican Party started in the 1850’s by telling business owners they could not own people,” said Koellisch, “but today we’re seeing the rise of the corporate state. Large corporations now have more revenue than states have GDP, and they are wielding new levels of power. How long before they dictate what you can or can’t do in order to buy groceries? It’s time for the Republican party to fix this problem and tell business owners once again that they cannot own people. Individual liberties must be prioritized.”

Wording of the Resolution:

Whereas, Operation Warp Speed was a concerted effort between the Trump Administration, the Department of Health & Human Services (DHHS), and the Department of Defense (DOD) to help accelerate the development of a Covid-19 Vaccine while mitigating liability to manufacturers under the Public Readiness and Emergency Preparedness Act, and,

Whereas, the development of the Covid-19 vaccinations are currently in clinical trials and authorized for Emergency Use Only and have not been approved nor licensed by the Food and Drug Administration or have a long record of use without injury,

Whereas, several businesses including major medical facilities in the State of Idaho are now enforcing an experimental Covid-19 vaccination as a condition of employment against the conscience of employees or be subject to immediate termination without cause,

Whereas, the National Republican Party Platform respects the rights of conscience of healthcare professionals, doctors, nurses, pharmacists, and organizations, and,

Whereas, the Idaho Republican Party Platform Article XIII overwhelming affirms individual rights in healthcare decisions and the right for all persons to conscientiously object to vaccines that conflict with their moral or religious beliefs, and,

Whereas, the Idaho Republican Party Platform also expressly affirms under Article XIII the primary responsibility for the health and welfare of our citizens resides with the individual and their families, and not corporations, and,

Whereas, the Idaho Republican Party Platform also believes and supports freedom of choice and personal responsibility in all medical decisions, including providers and treatments, and,

Whereas, the Idaho Republican Party Platform sets forth that private enterprise shall have minimal government regulation, it does not say “no regulation,” and,

Whereas, the Idaho Constitution SECTION 1, Article 1 states, “All men are by nature free and equal, and have certain inalienable rights, among which are enjoying and defending life and liberty; acquiring, possessing and protecting property; pursuing happiness and securing safety.”

Whereas, the long term health, safety, and efficacy of these experimental vaccinations have yet to be determined,

Whereas, the Idaho House of Representatives overwhelmingly passed House Concurrent Resolution No. 14 during the 2021 legislative session on a bipartisan basis, stating that “it is contrary to the policy of the State of Idaho to require, mandate, or force any person to receive any immunization, vaccination, inoculation, medical procedure, or genetic modulation against that person’s will” and,

Whereas, the Senate has not yet taken up House Concurrent Resolution No. 14 during the 2021 legislative session for a vote, and,

Whereas, Idahoans are not adequately protected against forced vaccine mandates under Idaho law,

Whereas, HCR 14 affirms that “in a free society, the integrity of personal liberty should always be protected, even during times of exigency or emergency, such as the ongoing COVID-19 pandemic,”

Therefore be it Resolved, that the Idaho Republican State Central Committee supports informed consent and an individual’s right to determine what is best for their health vs. forced vaccine mandates that may violate an individual’s conscience, and,

Therefore be it Further Resolved, that the Idaho Republican State Central Committee requests that the State Party Chairman, Tom Luna, send a formal request to the Republican Legislature asking them to reconvene to take up forced vaccine mandates, and,

Therefore be it further Resolved, that the Idaho Republican State Central Committee also strongly urges the Republican members of the Idaho Legislature to immediately pass legislation that protects Idahoans against coercive vaccine mandates that go against the conscience of Idahoans, to remain in harmony with the National and Idaho Republican Party Platforms and the State Constitution,

Therefore be it further Resolved, that the Idaho Republican State Central Committee requests that a copy of this resolution shall be sent to all Idaho Republican members of the Legislature.