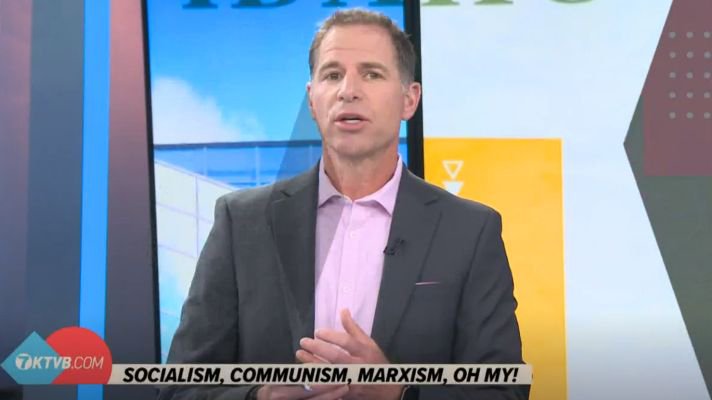 Last week, KTVB’s Brian Holmes took yet another swipe at one of his favorite targets, Idaho’s Lt. Governor, Janice McGeachin. In a mocking and insulting piece on “The 208,” Holmes said a task force the Lt. Governor is putting together “would be much like if the townsfolk gathered a mob to hunt down a wolf that a little boy claimed said [sic] he saw.” The derisive implication is that the Lt. Governor’s task force won’t find anything. Holmes then claimed that the Lt. Governor is calling for the task force to investigate indoctrination in Idaho’s schools “without any evidence.”

Holmes quoted McGeachin’s statement that we need to excise “insidious theories and philosophies” from our education system. He then said, “Similar unfounded claims were made during the legislative session,” and then he took a swipe at Representative Priscilla Giddings (R-Dist 6), saying she made “baseless claims.”

Since January, large donors have made it known that they are no longer donating to Boise State University because of the massive social justice indoctrination occurring there. Maybe Holmes is simply out of the loop.

On Feb. 26, Dr. Scott Yenor of the Claremont Institute and Anna K. Miller, educational analyst at the Idaho Freedom Foundation, gave a presentation at Idaho’s statehouse about their January 5 report, Social Justice Ideology in Higher Education (download the report here for free). The presentation revealed substantial social justice indoctrination occurring at Boise State University (Watch Dr. Yenor’s presentation here). Was Holmes simply unaware of this presentation, or is he remaining willfully ignorant so he can try to smear elected officials who disagree with an ideology Holmes likes?

Did Holmes not look into the information presented by Rep. Giddings about a company seeking to teach preschoolers about Critical Race Theory? (See Rep. Giddings’ video of what the Idaho Association for the Education of Young Children wants to teach kids age 0-4).

One of the books to be used in the preschool curriculum states, “Racism is a white people problem.” It is amazing that Holmes can keep a straight face as he tells Idahoans that the claims about indoctrination in Idaho’s schools are “baseless.”

When asked, several legislators informed True Idaho News that they have been contacted by students who have been the victims of verbal and emotional abuse in social justice classes, and they say the students are asking for help. True Idaho News then reached out to Lt. Governor McGeachin, who confirmed that students have been complaining, and that she has spoken with Idahoans who used to be large donors to BSU, but are now withholding all donations because of the social justice indoctrination.

PS.  Holmes also mocks Idahoans who don’t want a Marxist ideology in their state. The opening chyron of his hit piece reads, “Socialism, Communism, Marxism, Oh My!” – a clear reference to the famous Wizard of Oz line, where Dorothy and her friends are afraid of “Lions and Tigers and Bears, Oh, My!” Holmes’ implication is that it’s silly to be afraid of socialism, communism, and Marxism. Perhaps Mr. Holmes would like to live for a year in communist country (like North Korea or Venezuela) and then report back on what kind of freedoms he was able to enjoy. Guaranteed it would be a short report.

Like what you’re reading?
A quick click and you’re helping. Every bit of support helps.
Contribute to Constitutionally based, liberty-focused TRUE Idaho News. Thank you!