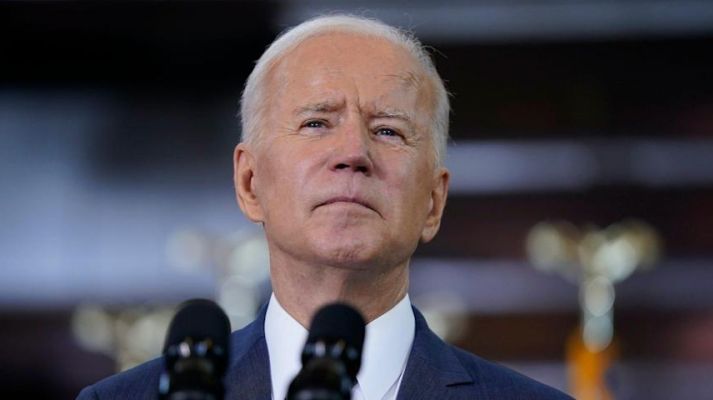 Joe Biden unveiled his proposals for executive action to address what he calls an “epidemic” of gun violence in the United States. Ian Haworth of The Daily Wire fact-checked Mr. Biden. While most of the thunder on the right concerns Biden’s constitutionally dubious proposals themselves, this writer is far more concerned about the fictional way Biden rationalizes them, and the larger question of whether a president can make law when that function is explicitly reserved to the legislature.

The first fiction is Biden’s use of the word epidemic. Gun violence is horrific; it is also well publicized compared to, say, murder by a hammer blow to the head. Yet deaths by gunfire have been declining for the past two decades despite the nationwide increase in gun ownership. Unlike Biden, Haworth documents his claims.

Mr. Biden blithely claims that when our country enacted an assault weapons ban under his influence, mass shootings declined. He says it is time to institute another such ban – this time without a sunset clause – but still lacking any definition of assault weapons. This claim too is demonstrably false. Haworth’s research showed the annual incidence of mass shootings remained constant over the ten years of the ban at about one-point-five incidents on average. Yet the man who plagiarized his way through law school, decades in the Senate, and eight years as vice president, does not even blush at the revelation.

Joe Biden is not the only one to distort or simply falsify the facts about gun violence. Leaders from all the seven mountains have maintained – without blushing – that the shooting deaths of eight sex workers in Atlanta was racially based. Amazingly, this story gains traction despite the fact not all the workers were Asian and the shooter in custody maintains it was a sick effort to end his sexual addiction.

The most chilling distortion of reality to escape Biden’s lips was his assertion that the Second Amendment – and for that matter all the ten amendments comprising the Bill of Rights – are “not absolute.” Hello?

Biden’s rationalization of this absurd statement is something I can only describe as lame. He invokes the old canard about shouting fire in a crowded theatre – wrong amendment, Joe – and then maintains that because some members of society are not permitted to own guns the amendment is not absolute. Who might these people be? Convicted felons are among them. Such people have forfeited their right to bear arms because of their criminal activities. Certifiably psychotic people are also forbidden to own firearms because of documented danger to innocent people.

It should be noted that red flag laws should not achieve this legitimacy, for they restrict people who have not been demonstrated as a danger through due process – only in some person’s guestimation.

The bottom line is that limiting the scope of a constitutional right for reasons self-evident is not in the same ballpark with stating a constitutional amendment is not absolute. Declaring rights to be relative – non-absolute – reduces them to gifts from government, gifts that can be withdrawn or radically changed at any time, and at the whim of any administration, congress, or court. The founders, framers, and ratifiers of the Constitution understood these rights as gifts of an Almighty and unchanging God. That is what they are – literally, and for all practical purposes.

Whether Joe Biden – or Nancy Pelosi, for that matter, or John Roberts – actually believe in God or in His providential provision is neither here nor there. Their belief is irrelevant; they neither wrote nor ratified our founding documents. Biden’s responsibility and obligation is to defend them, Pelosi’s is to legislate within their boundaries, and Roberts’ is to interpret within those same boundaries. We the People hold title to the deed of the property – the United States of America. If the above-mentioned wish to retain the loyalty of the people, they had best remember they are the employees – not the employers – of said people. Said people can change personnel whenever they choose. Said people need to remember that as well.

Biden says he wants to ban stabilizing braces on handguns because he says they add to the lethality of the weapon. Uh, Joe, uh, guns are supposed to be lethal.

And, uh, Joe, you get to issue executive orders that facilitate existing law. You don’t get to make new laws. Not about the border, and not about guns, either.