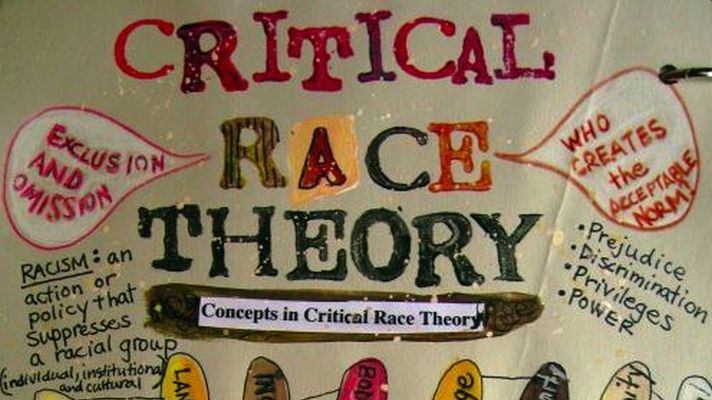 (Editor’s Note:  James Wilson is a member of the Education Task Force.)

The mandate of the Education Task Force is simple: examine evidence of Critical Race Theory being taught in Idaho’s schools and make recommendations to the legislature and the public about how to address whatever we find. Having met three times so far this summer, we have discovered lots of evidence, despite the multiple roadblocks set up by the education and political establishments in Idaho.

Idaho’s governor, Brad Little, has mocked the effort from the get-go, yet Idaho law and the state constitution are clear: any member of the public is entitled to examine any materials used in the schools (Titles 33-118 and 33-118A and page 29 of the constitution), yet we were denied access to review the AVID curriculum. The Executive Director of the State School Board refused to talk with us, as did the State Superintendent of Public Instruction; the Idaho School Board Association also declined our request to meet with the Task Force and take questions.

Instead, the State Board sent a letter assuring us they knew of no instance of CRT materials being used in Idaho. Yet by the time we first met, our co-chairs had received nearly 240 pages describing how children are being indoctrinated and shamed for being white in Idaho schools. Citizens have come to the Capitol to testify about what they have experienced, and they brought their evidence and displayed it on the Lincoln Room’s screens for all to see.

Why Does the State Board Deny What the NEA Says is True?

Perhaps most damning piece of evidence presented to the Task Force is an article published in multiple venues detailing the National Education Association’s recently adopted commitment to establish CRT in fifty states – in each of the 14,000 school districts in American. The NEA also published a list of teachers in each  town of each state who have committed to continue – not begin –teaching CRT, regardless of what any state law may say about it. Eighteen of those who dared to go public with this commitment are public school teachers in Idaho.

It is legitimate to ask: What do these education officials fear about our volunteer task force that they would deny the existence of what they so obviously condone, and then claim they are too busy to discuss with us? No one on the Task Force has subpoena or punitive powers. The only power we possess is the power to expose. Only an emperor wearing no clothes need be shy around us.

What is this Critical Race Theory that trumpets its right to spread but recoils from the light of day?

A simple internet search is revealing the definition of Critical Race Theory, as do books like Ibram Kendi’s How to be an Anti-Racist, and Helen Pluckrose and James Lindsay’s Cynical Theories. These books are required reading for task force members, and they explain CRT quite well – despite the press members present at our meetings who keep reporting we are unable to define it.

Allow me to offer a foundational primer. Critical Race Theory is part of the larger discipline known as Critical Theory. It supposes, like its partner Postmodernism, that access to objective truth is impossible.

With that understanding, CRT asserts that any observations made about race – be they right or wrong, just or unjust – are political rather than scientific. CRT dogma is that the world is divided between oppressed and oppressor groups; that it was ever thus and ever shall be. CRT adherents believe only oppressed people can appreciate these realities, and only the oppressor people must repent of their sin – which must be repented but can never be forgiven.

In truth, CRT is the embodiment of racism now and forever. With its denial of objective truth in favor of politically chosen and manufactured reality, it takes humankind all the way back to a certain garden in which a serpent reputedly whispered to the first persons, “Hath God really said…” In other words, “Is there anything knowably truthful?”

Ibram Kendi, a primary spokesperson for the CRT movement, acknowledges his own racism in print. However, he also makes clear if a white person is racist – and according to Kendi, we all are – it is the white person’s fault. But if Kendi – being a black man – is racist, it’s still the white man’s fault.

The Truth Needs to be Exposed

Reality is parts of U.S. history is ugly, just like with every nation. In Biblical parlance, all have sinned and fallen short, ever since that episode in the garden. We need to teach the good, the bad, and the ugly to children who are old enough to process and respond to history.

The good includes the fact that hundreds of thousands of white men died in the war to finally free the slaves, and more died alongside their black brothers while ending the plague called Jim Crow. CRT proponents seem to forget those facts. There is a fundamental difference between so-called “systemic racism” and the historical racism from which we have made tremendous strides and continue to move forward.

The Education Task Force exists to discover and reveal the truth of what is being taught in our state’s schools. We can’t stop or even alter what is being taught. Our only power is the power to expose what is happening. It will be up to the legislature and the public to choose what to do with the information we collect and present.

True Idaho News works to provide you solid news you can trust. A quick click and you’re helping in that effort. Every small bit of support helps. Contribute to Constitutionally based, liberty-focused TRUE Idaho News. Thank you!