Home Idaho News Education Lies and Ignorance: Dangers of Trusting the Education System and What Idaho Parents Can Do Differently 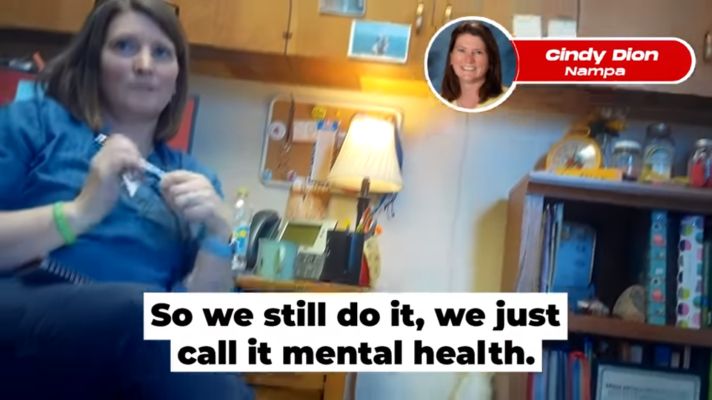 As reported in Idaho Ed News, “West Ada teachers railed on a proposed policy change that would bar them from asking students a range of personal questions – including inquiries about their sexual orientation and their gender identity.” To juxtapose that, Left-leaning Republican Governor Brad Little has said on numerous occasions that he does not think Critical Race Theory is being taught in Idaho schools, to include any CRT component or variation. Add to that a refusal by Joe Biden’s Education Secretary to give his opinion on whether schools should keep “gender transitions” a secret from parents, and Idaho is in danger of being transformed into an administrative (Leftist) state where kids get indoctrinated into Leftist / Marxist ideology right under our noses.

And yet those in the education system think they can be unaccountable by telling the public one thing but doing another? Specifically, Idaho administrators were caught on tape stating that they flagrantly mislead and lie to Idaho citizens (see the video).

Also, since when is it okay for school boards to call the police about a “disruption” if parents attend board meetings and insist their questions get answered?  This actually happened in Kuna, ID in 2021.

Since when is it okay for publicly funded organizations (school districts) to take your money and not tell you the truth about what they’re doing with it?  This happens in multiple places throughout Idaho.

Many working in our education systems – even citizens who are school board members – have developed a mindset that whatever happens in ‘public’ (government) schools is “none of your business.”

Citizens do not give money to schools for those schools to tell citizens to sit down and shut up.  A couple of truths need to be acknowledged:

It has been said that the philosophy of the classroom in one generation is the philosophy of the government in the next generation. Regardless of who said it (it is often attributed – though unverifiable – to Abraham Lincoln), the statement contains much truth.  Therefore it is up to parents to take action starting today to be more involved in the education of their children. Solid conservatives have reported to True Idaho News that their children were raised with an understanding of conservative values, but lost those children to Leftist “woke” ideology because the students were indoctrinated at “public” school.

If homeschooling is not an option, parents do well by taking 30 minutes each day to discuss the day’s learning and “fact check” it with their students. This helps our children develop the skill of either validating or disproving what is presented to them. Since we know our educators are lying to us and our state’s uninformed governor is blind to what is truly happening in Idaho, seeking truth and instilling it into our children is – and remains – the job of parents.

True Idaho News depends on the support of its readers (notice – we are not overflowing with Pharma ads!). Support our work by visiting our support page and choosing an option that works best for you. Thank you!