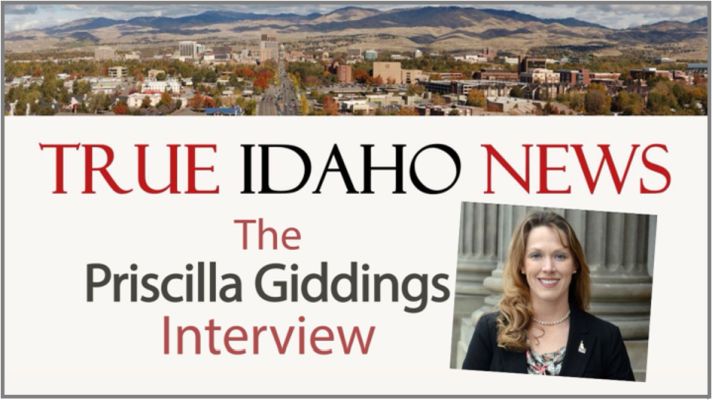 It is the opinion of multiple legislators that Idaho’s House Ethics and Policy Committee has become weaponized. The Committee’s “hearings” are not hearings.  They are now known as dog-and-pony shows designed to embarrass and smear their target while exercising their role as prosecutor, judge, and jury – all with a predetermined finding.

Such is the likely scenario facing State Representative Priscilla Giddings (R-Dist.7) on Monday, August 2. The “hearing” is scheduled for 9:00 AM at the statehouse, and the “Ethics” Committee appears to be loaded for bear as they attempt to destroy the career of House Speaker Scott Bedke’s political opponent.

At issue is whether Rep. Giddings, a candidate for Lt. Governor (as is Bedke), “doxed” the woman who claimed her sexual activity with Rep. Aaron von Ehlinger was nonconsensual, and then whether Giddings lied to the “Ethics” Committee when they pressed her about it.

Based on all the signs, it appears the “Ethics” Committee would like us to believe Giddings is guilty. They do not appear to have any interest in pursuing the truth. People with inside information have shared that the “Ethics” committee has created the narrative they plan to say is true. So much for Aug 2 being a “hearing.” They can call it a hearing, but that doesn’t mean it will be one.

Think of this it this way. A “hearing” is not a hearing if it’s merely the proclamation of a contrived narrative and the outcome has been predetermined.

Priscilla Giddings was able to meet with True Idaho News for an exclusive interview so she could explain her action and intentions. Since it’s doubtful the “Ethics” Committee will allow Rep. Giddings to present this information, her interview is available here:

The outline shown here is an overview of Giddings’ explanation.

The “Ethics” Committee is Reaching for Anything

Because Giddings had linked to an article that contained “Jane Doe’s” real name, the “Ethics” Committee accused Rep. Giddings of doxing the woman. This, even though it was von Ehlinger’s attorney who had released the woman’s name to the press. Also, the article linked to by Giddings was on a popular news website and publicly available to anyone.

The “Ethics” Committee also accused Giddings of “posting a picture” of the woman on her Facebook page. Giddings stated that she did not “post a picture;” she had “linked to a news article.” Committee members then held up screenshots of Giddings’ Facebook page that contained an image of “Jane Doe,” apparently ignorant as to how Facebook grabs whatever photo it wants from a story to display in a news feed.

First, it should be noted that, by definition, “posting a picture” requires a very specific set of steps that Giddings did not perform.  Multiple websites explain the steps for how to “post pictures” to Facebook, such as Facebook’s own instruction guide, YouTube, and WikiHow.  After any level of review of these instructions, it is easy to determine that Giddings did not “post a picture” of Jane Doe.  Therefore, it should be noted that nowhere on Giddings Facebook feed does a “posted” picture of Jane Doe ever appear.

Second, Giddings never typed Jane Doe’s name nor posted Jane Doe’s picture in her weekly email to her mailing list. Giddings simply linked to the news article so people could read both sides of the story.

For this, a number of House Members are claiming Giddings violated House Rules?

The “Ethics” Committee is Acting Unethically

If the Ethics Committee had been ethical in the first place and released both sides of the story – the complaints against von Ehlinger AND von Ehlinger’s response, David LeRoy would not have been asked to release von Ehlinger’s documents and none of this would be an issue.

Unfortunately, the Ethics Committee appears to be acting like the Mafia, targeting opponents on behalf of the man at the top – House Speaker Scott Bedke.

Does any of this sound like a conflict of interest?

Perhaps the real problem in this situation is that no House Rule exists for investigating unethical actions of the “Ethics” Committee, nor to reasonably put in check a rogue Speaker of the House. These are serious deficiencies in Idaho’s House Rules, and it is the opinion of the Editorial Board at True Idaho News that these issues be addressed during the next legislative session.

Also, after reviewing the actions and intentions of Rep. Giddings with regard to the charges at hand, True Idaho News does not believe Giddings lied to the committee nor did she do anything wrong.  When someone stands up for both sides of an issue to be heard – especially after the “Ethics” Committee failed to do so – is actually an act to be commended.

Any recommendation by the “Ethics” Committee to punish Rep. Giddings in these matters should be met with fierce input from Idahoans. Idaho has a government of, by, and for the people. The legislature is NOT comprised of leaders, it’s comprised of representatives – people chosen by voters to RE-PRESENT the voice of the people. If the “Ethics” Committee cannot be ethical, the people need to ensure their voices are heard.