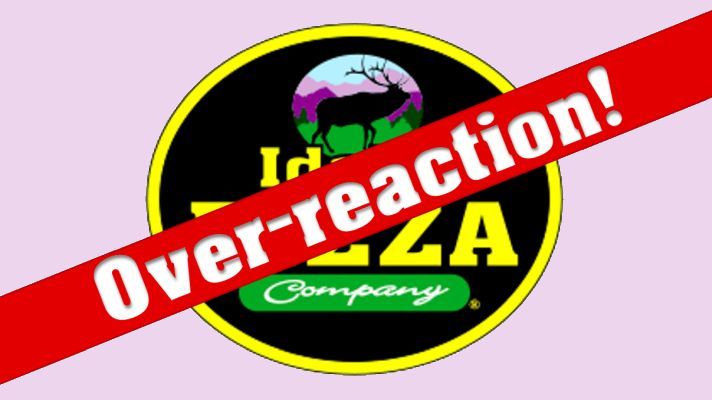 For Idahoans living in the Treasure Valley, the Idaho Pizza Company franchise locations have a new policy that no longer allows groups to use their meeting rooms to discuss political or social issues. The new policy has caused multiple groups to scramble and find alternative meeting places.

One such group is Election Integrity Idaho, which had scheduled former Army Intelligence Officer Seth Keshel to present at an Idaho Pizza Company location on April 4. Keshel’s presentation is about what he discovered regarding the 2020 election. Various left-wing groups on platforms such as Reddit were abuzz, encouraging Idaho Pizza to not allow such a “right wing” event to take place at their location.

Apparently, their noise and nudging was enough. Idaho Pizza Company cancelled the event. And not only theirs, but they canceled all meetings in party rooms having to do with politics and social issues.

Four Years of Monthly Meetings, but No Longer

This new policy of no political meetings came as a shock to Erwin Beck, one of the leaders of the Ronald Reagan Republican Club of West Ada County. The club has met at Idaho Pizza’s Eagle location for four years. Beck received a phone call this past week notifying him that his group would no longer be allowed to meet at any Idaho Pizza Company location. Beck told True Idaho News that, without directly saying so and without disparaging the rule, the manager seemed sad to convey the news, implying that the new policy would negatively impact the company’s business.

In an email to a customer who inquired about the policy change, Bubba McNicholl, a member of the family that owns the Idaho Pizza Company franchise operations, said, “I want to assure you this is not a policy in place just for a particular political belief. Our party room policies apply to all people and parties.”

The new policy to rent a party room at Idaho Pizza Company is to fill out a request form that must be reviewed and approved by the staff to ensure it does not involve politics or social issues.

It is the opinion of this writer that Idaho Pizza Company overreacted to their concerns. Rather than establish policies to prohibit an Idaho Pizza Company logo to be used in any meeting announcements or promotions of any kind by parties using their facilities, they simply slammed their door shut. No doubt they will lose a lot of business, but it appears the owners do not care.

Is this just another case of a company operating out of fear?  For now, it doesn’t matter. Many other restaurants are making it known that their meeting rooms are available. That’s the joy of a free market.

For the record, both Election Integrity Idaho and the Ronald Reagan Republican Club have already found different locations to hold their events. But a PS must be added:  Who would have ever thought that election integrity would be a divisive issue?

True Idaho News depends on the support of its readers.  Like what you’re reading? Please visit our support page.