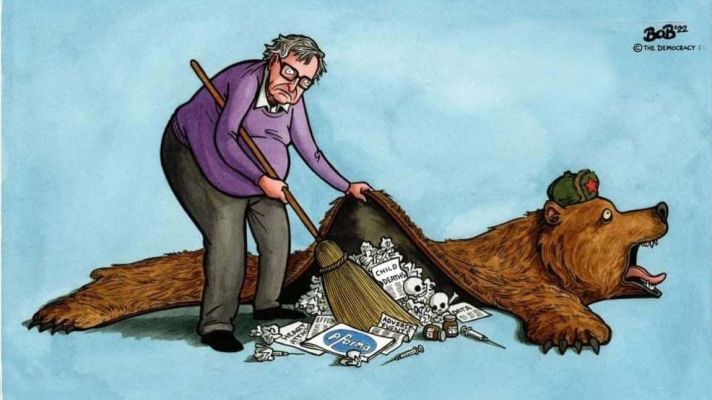 Award-winning illustrator and cartoonist Bob Moran deals with themes of politics, ethics and family. His purpose for doing what he does is twofold: defend moral principles and encourage people to reflect on what really matters.

For the past decade Bob has been a political cartoonist for The Daily Telegraph, and he established himself as one of the most revered and popular satirists in the United Kingdom. In January of this year, Moran decided to join forces with The Democracy Fund out of Canada, where he now produced cartoons each week that are free of charge for newspapers to use.

Since Moran focuses on the issues of liberty, True Idaho News has decided to start publishing Moran’s work.

True Idaho News will also consider other submissions of cartoons or articles that align with exposing the truth of what is happening in our world. Readers can send submissions to TrueIdahoNews@protonmail.com.