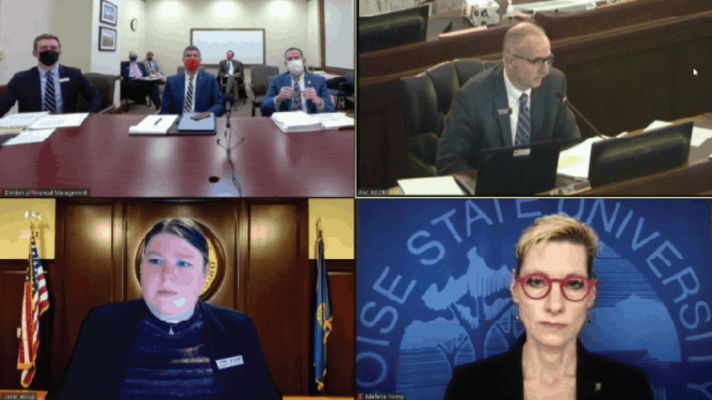 Idaho’s House of Representatives has made it clear they’ve had enough with the state’s universities brainwashing students with Critical Race Theory and other Marxist teaching intended to divide society. After listening to abundant testimony on how white students at the universities are being shamed, degraded, and shunned simply for being who they were born to be, the House voted to withhold approving the budget for the state’s public colleges and universities.

It’s come to light that white students have been the targets of abuse in Boise State University’s 52 different classes based on the UF 200 curriculum, “Foundations of Ethics and Diversity.” In addition to students contacting legislators, a written statement released by the University on Mar. 16 stated, “We have been made aware of a series of concerns, culminating in allegations that a student or students have been humiliated and degraded in class on our campus for their beliefs and values.”

The truth is the victims are “students” plural, not “student” singular. Legislators have been informed of multiple cases of white students being shamed and degraded by their professors and classmates.

The abuse is, in large part, due to Marxist instruction that is now pervasive at universities in Idaho and around the country.

Coincidently, over the past year, research on social justice instruction at Boise State University was conducted by Dr. Scott Yenor, a Washington Fellow at the Claremont Institute, and Anna K. Miller, the Educational Policy Analyst at the Idaho Freedom Foundation. The finding of their research can be found in a report titled, Social Justice Ideology in Idaho Higher Education, available for free online from the Idaho Freedom Foundation (download here).

Their research found that Boise State University requires all students to complete at least four “social justice” classes before they can graduate. Rather than focus on the unifying aspects of society that strengthen the country, these classes engage a Marxist approach, classifying people into groups and pitting those groups against each other by focusing on their differences. Typically, the instruction in these classes separates people into “oppressed” groups and those doing the oppressing.

The research also found that Boise State does not require students take any classes on the U.S. Constitution or how the U.S. or state governments are structured before they can graduate.

The funding bill rejected by the House, SB 1179, had cleared the Senate with a 27-6 vote six weeks ago. However, since that time, news of ridicule and emotional and verbal abuse has become public.

Speaking on the House floor during the debate, Rep. Dorothy Moon (R-Dist. 8) said, “We had the president of BSU come and talk to us about how wonderful things were going on campus, and we all knew different.” Moon continued, “It is unbelievable what the students of Idaho have been going through, and they have been pleading with us.”

An overwhelming 57 members of Idaho’s House voted down the budget for higher education. Only 13 House members (12 Democrats and one Republican) voted to approve the proposed funding for the Universities.

The vote caused BSU President Marlene Tromp to make a beeline to the statehouse with two of her advisors, and a closed-door meeting occurred with House leadership. The content of their discussion was not made public. One could only hope that she took to heart what Rep. Ron Nate (R-Dist. 34) said on the House floor, that the action taken by the House would give “universities the opportunity to demonstrate that they’re willing to make the changes needed to make us feel comfortable about funding higher education that matches Idaho values again.”