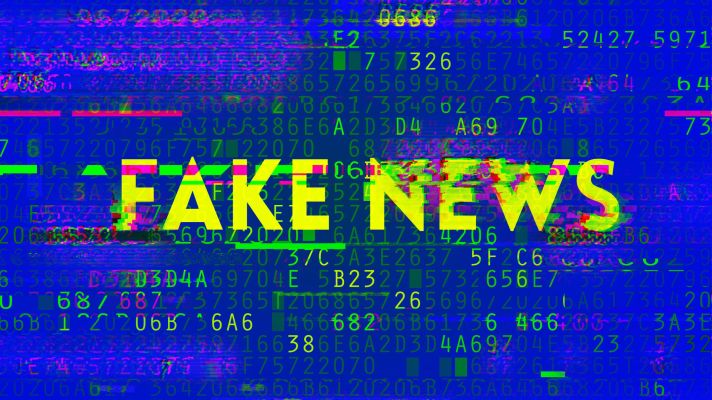 KTVB In Boise continues to misrepresent the truth. They’ve been doing it for a while, and now it’s bordering on both libel and defamation. The once-reputable news organization regularly fabricates statements and implies that people made those statements, ostensibly to smear their reputation. Up to this point, they’ve legally gotten away with this deceptive practice because they don’t use quotation marks, but if they keep it up, its quite likely they’ll be attempting to defend their yellow journalism in court.

The most recent episode of fake news arrived in an April 8 story about arrests at Idaho’s Capitol. In a piece titled, Ammon Bundy arrested twice more at Idaho Statehouse, the Boise news station referred to Bundy, as it regularly does, as an “anti-government demonstrator.” Love him or hate him, who he is here should not matter. If you put the name “John Doe” in the place of “Ammon Bundy” in this piece, you will see what’s being written could be considered libelous and defamatory.

If anyone were to observe the behavior of Ammon Bundy with intellectual honesty, one would find Bundy to be not “anti-government,” but pro-Constitution. Naturally, a government that seeks to encroach on the people’s freedom wants you to believe otherwise – and so do their cohorts in the media. Observe Bundy objectively (that is, without the emotional imprint created by the media) and one will find that Bundy wants government to act in accordance with the Constitution. In fact, Bundy carries a copy of the U.S. Constitution with him nearly everywhere he goes, and he regularly refers to it.

The only way one could consider what Bundy does as “anti-government” is if they say he is anti-socialist government or anti-oppressive government.

Of course, KTVB has never reported on any of that about Bundy. Neither have they reported that, despite Bundy’s multiple arrests throughout the years, he has yet to be convicted of a crime. Bundy’s cases are regularly dismissed because he proves through State law and U.S. law that he has committed no crimes. Perhaps what’s really happening is government officials and news organizations are upset because Ammon Bundy won’t comply with unconstitutional edicts and he is someone they cannot intimidate? Just askin’.

KTVB reported that Bundy “was issued a no-trespassing notice from the Idaho Statehouse for one year back in August 2020 after refusing to leave a committee room inside the Capitol after a hearing ended,” and that he “was also charged with trespassing in connection to that incident then arrested again last month when he failed to show up for his trial.”

What KTVB did not report is that Bundy’s second arrest last August was dismissed by the courts because the person demanding that Bundy be arrested, Speaker of the House Scott Bedke (R-Dist. 27), had absolutely zero authority to make that demand. Said another way, Bundy was arrested under false pretenses, and because of that, the judge dropped the charges. Why do you think KTVB failed to report that?

KTVB also reported that Bundy “failed to show up for his March 15 trial” (for his first August arrest) – another false statement. They said Bundy “went to the Ada County Courthouse, but stood around outside until after the judge revoked his bail and issued a bench warrant.” This is an outright misrepresentation of facts. The truth is that Bundy tried to enter the courthouse, but Ada County Sheriffs refused to let him in. Despite people walking around inside the courthouse without masks, Sheriff deputies told Bundy he could not enter without a mask.

Why do you think KTVB failed to report that?

As previously mentioned, KTVB fabricates quotes, ostensibly in attempt to smear people, and they get away with it because they do not use quotation marks. For example, KTVB wrote, “Bundy said he thought it was unfair that he was required to wear a mask to protect jurors and court staff from COVID-19 in order to enter the courthouse.” A review of video footage of the events at the courthouse the morning of March 15 shows that Bundy never made any such comment. People who were with Bundy on the courthouse steps the morning of March 15 are willing to testify that Bundy never uttered those words, nor anything like them. Clearly, KTVB’s statement starting with the words, “Bundy said” is fabricated.

Why would KTVB’s Katie Terhune, the author of the story, risk a libel suit by creating a fake statement?

After that, Terhune either fabricated words for prosecutors or they themselves are fond of making stuff up, because Terhune also wrote, “According to prosecutors, Bundy directed his followers to go to the home of the judge presiding over his case to protest following his arrest on the bench warrant.” Again, no video evidence exists of Bundy making such a statement, and nobody near Bundy ever heard Bundy making that statement.

After that, KTVB’s Terhune’s word choices implied Bundy was a lightweight, saying, “He later posted bond after telling a different judge that conditions inside the Ada County Jail were ‘miserable.’” What Terhune failed to tell her readers is the “conditions” under which Bundy was held the last time he spent a night in the Ada County Jail.

Aaron Von Schmidt, who was arrested with Bundy at the courthouse on Mar. 15, describes the way he and Bundy were treated at the Ada County jail. He said their jackets, shoes, and socks were removed, and they were placed in concrete cells that have concrete slab beds with no mattress, no blanket, no pillow, no toilet paper, no soap, and no cup for drinking water from the sink. The temperature in the cells was turned down to what he described as “the 50’s” overnight, the lights were left on, and officers either banging on the door or opening and slamming the door every 15 minutes. No food was provided except a Ziplock bag of bread and cheese thrown into the cell in the early hours of the morning, meaning the prisoners had gone nearly 18 hours without food. Schmidt reported that his feet had turned blue and sleep was impossible due to no way to get warm and the constant harassment of the officers at the cell room door.

Perhaps Terhune and a few of her colleagues at KTVB could go experience the same so we can all read what they think of those conditions?

One might expect that kind of prisoner treatment in a Soviet Gulag or a North Korean re-education camp, but in America, where people are innocent until proven guilty, such treatment is considered torture even if one is convicted of a crime.

As a side note, anyone wishing to hear firsthand of the torture and abuse taking place at the Ada County Jail should attend a video documentary and panel discussion at 6:30 pm, Saturday, Apr. 10 at River Wind Church, 10220 West State Street in Boise.

Shame on KTVB for their horribly biased and false reporting. If KTVB wants to be considered a viable news source again, perhaps they should consider the feedback of people who no longer watch them, such as these comments from one Facebook user:

“Up until about a year ago I watched their evening news every night. It reminded me of my high school days, because they had some of the same anchors from back then, and they have exclusive TV access to the Broncos. But they transitioned to such biased crap in the past few years that they became unwatchable. I haven’t seen their programming in nearly 12 months, and I have no plans to ever do so again.”

One can agree or disagree with the behavior of Ammon Bundy, and one can love him or hate him, but plug the name “John Doe” into this story and every American alive should be outraged. Americans should want their news to be factual, not fabricated. So long as KTVB continues on this path of journalism that could be considered libelous and defamatory, they will continue to drive away viewers.