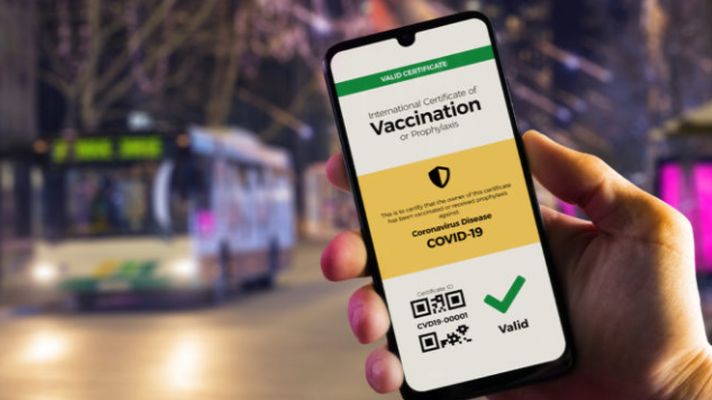 However, as with all such proclamations, the devil is in the details. That is, the details that are not mentioned.

“This order deals only with state agencies,” said Constitutional attorney Colton Boyles, of Boyles Law in Sandpoint. “It does nothing to prevent other agencies, political subdivisions, or private companies from requiring vaccine passports of some kind.”

Efforts are being made in the legislature to protect Idaho’s citizens from medical overreach. Earlier this year, Representative Priscilla Giddings (R-Dist 7) authored House Bill 140, The Medical Consumer Protection Act. HB 140 would not only prohibit discrimination on the basis of a person’s vaccination status, it would also prohibit the state from contracting with companies that engage in such discrimination.

House Bill 140 was approved by the House on Feb. 23 and was read for the first time in the Senate on Feb. 24. However, it was immediately sent to the drawer of Senator Jim Patrick, chair of the Senate Commerce and Human Services committee, where it languishes still. Patrick has stated that he doesn’t want to hear the bill because the hospitals don’t like it. However, another reason could be because Idaho’s Attorney General Lawrence Wasden’s office released a letter indicating that HB 140 would interfere with Medicaid program requirements.

This is one of the unfortunate effects of having a “cooperative” state and federal program. Every time the federal government can tell a state what to do, the state loses more of its sovereignty.

True Idaho News reached out to Representative Giddings and learned she is proposing new legislation to protect Idahoans far beyond the limited reach of the governor’s executive order. She said, “His action was a refreshing surprise, but it falls woefully short of what Idahoans need to assure them that they will still be able to acquire common life-sustaining goods that my legislation would guarantee.”

As of this writing, Giddings’ legislation currently in “RS” form, awaiting a hearing from the Ways and Means Committee, but at this point in the legislative session, only the Speaker of the House, Scott Bedke (R-Dist. 27), can authorize that.

Boyles believes the governor’s order is a weak “me too” effort, following the lead of Lt. Governor Janice McGeachin. In her newsletter sent on Apr. 2, McGeachin expressed concern about the growing use of vaccine mandates in the public and private sector.

“Fortunately,” McGeachin said in her newsletter, “some states have begun pushing back, with Florida doing so most aggressively. Friday morning, Florida Governor Ron DeSantis issued an executive order explicitly prohibiting the state’s government entities from issuing vaccine passports or any similar proof of COVID vaccination. He didn’t stop there, also prohibiting businesses in Florida from ‘requiring patrons or customers to provide any documentation certifying COVID-19 vaccination or post-transmission recovery to gain access to, entry upon, or service from the business.'”

Boyles told True Idaho News, “What Governor Little did with this order was jump on the bandwagon, just like he did after the Lt. Governor took the lead in signing the amicus brief to support the State of Texas.” Boyles was referring to the Texas lawsuit against the State of Pennsylvania for violating the U.S. Constitution during the Presidential election. “His order is very limited in scope,” Boyles said. “It doesn’t come anywhere near what Governor DeSantis did in Florida.”

On her Facebook page, McGeachin posted, “I am glad to see Gov. Little take a small first step to ban some vaccine passports in Idaho. I called for such action last week. We cannot stop until no Idahoans are required to show proof of vaccination to live their lives or conduct their business in the Gem State.”