Home Idaho News Who Has Control Over Our Bodies? If Not Us, We Are Slaves 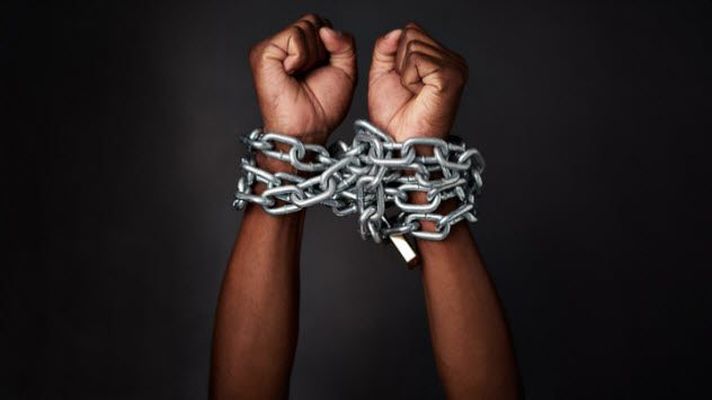 I am a critic of the vaccine mandates, because I believe they are illegal and immoral. On the news, there is a recent story of an employee of the Idaho National Laboratory being dismissed due to the fact that he spoke up against vaccines. I’ve also read about healthcare employees being dismissed by St. Luke’s healthcare system. I was enraged by those stories. And I have another story from Pocatello.

A friend called me this weekend, apologizing for returning my call late. He sounded depressed. He went on to say that he will soon lose his job at Union Pacific Railroad, all because he was unwilling to be jabbed. He will have to move soon for employment. Perhaps he will lose his home, and be away from his friends and extended family. His life will be turned upside down. As I listened, I hurt with him.

A few weeks ago, I went to the Freedom Fest in Twin Falls. The last speaker, Dr. Lee Merritt, started her speech this way: “The question on the vaccine mandates – it should be who has sovereignty over our bodies. If we don’t, then we are… slaves.” She is right. If we do not have sovereignty over our own bodies, we are slaves.

Since I teach a Constitution class each week, I took the occasion to explore with the class the concept of Individual Rights vs. Public Good. If these two concepts come head-to-head, which one should prevail? The answer, of course, is individual rights. But why?

Freedom is rare. Throughout the history of mankind, people have been forced to serve their rulers. This was done in the name of the common good … as determined by the rulers. In exchange, the philosopher Montesquieu explained, the people received protection, sustenance, and sometimes whatever glory that these rulers would bestow on the people.

In the meantime, the rulers or the ruling class elevated themselves above the people. At times in history, they were even worshiped as gods.

Paraphrasing Henry Grady Weaver, author of The Mainspring of Human Progress, the voyage of the Mayflower was made to seek religious freedom – Christian religious freedom. What makes Christianity different from other religions is the acknowledgment of Individual Rights. Otherwise, according to Weaver, the religion would return to paganism.

Many more arguments could be made. Rather than belabor them, I end with this. It is We the People who created the government. We delegated certain powers to the various governments (Federal, State, Local). And since I, an individual, do not have the authority to tell another citizen to be jabbed, I, therefore, cannot delegate this authority – which I do not have – to the government.

Our government is our creation, and it was never created to be the master over the People and rule over us.

By the way, to Union Pacific Railroad, shame on your wokeness! And to the elected officials throughout the State of Idaho, please be on the side of the People.