Home Idaho News VOCV: Idahoans deserve the truth, and Governor Little is not providing it 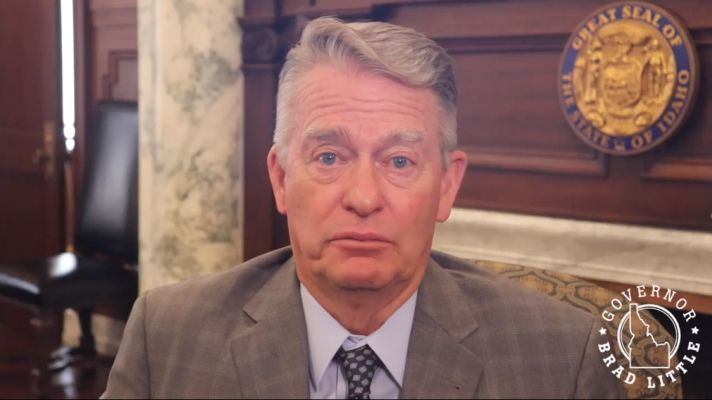 “The governor has been deceitful for the past year, and he continues to be deceitful.”  This summation by Lt. Governor Janice McGeachin was made on the Dec. 9 Voice of Conservative Values (VOCV) show after the show’s host Daniel Bobinski exposed the deception in Governor Brad Little’s official statement regarding the FDA’s “approval” of a Pfizer “vaccine” for Covid-19.

Exposing deception was the theme of the Dec. 9 VOCV show, and Bobinski played clips of Little making deceptive comments in his attempt cajole Idahoans into getting Covid-19 jabs. Little said, “The FDA full approval of the vaccine helps impart additional confidence for Idahoans still on the fence about getting the shot.” Bobinski pointed out that the FDA’s approval of which Little spoke was for a Pfizer concoction that’s only available outside the United States. For Little to imply that the Pfizer “vaccines” being issued in Idaho (or anywhere in the United States) are FDA-approved is disingenuous at best, definitely deceptive, and could even be classified as a lie.

Bobinski also discussed how the “Let’s Go, Brandon” trope has resonated with Americans, giving credit to TV personality Mike Rowe for pointing out how use of the phrase throws the deception that now permeates the news back in the face of those propagating it.

The phrase “Let’s Go, Brandon” became popular after a NASCAR event where NBC Sports reporter Kelli Stavast tried to cover for crowd chants of “F*** Joe Biden” on live TV during her interview of driver Brandon Brown after he won his first career NASCAR race. It was clear to the listening audience what the crowd was actually chanting, but Stavast chose the gaslighting approach and said the crowd was chanting “Let’s Go Brandon.”

To be told that the crowd was chanting something different from what was obviously being said was a perfect parallel to the gaslighting so blatantly occurring across the globe since early 2020. As Bobinski pointed out, “We’re told the vaccine is safe and effective. We have governors all over the country saying that. And yet we have VAERS data [Vaccine Adverse Event Reporting System] saying that we have over 19,000 deaths in America alone, and over 29,000 deaths in Europe, just because of a vaccine – directly related to a vaccine.”

Bobinski went on to say, “We know that Ivermectin works, and yet they say it doesn’t. All this deception, left and right.”

The Let’s Go, Brandon trope provides a perfect way for Americans to express their frustration with being told things are false when they’re obviously true, and told how things are true when they’re obviously false. “I think it’s a great way for people to throw it back in their face.” Bobinski said. “You can hear plain as day what the crowd was chanting, but then telling us what they want us to believe they’re saying.“

In the 2nd half of the show, Bobinski’s guest was Lt. Governor Janice McGeachin, and he asked her right way how she would like to respond to accusations that she’s been doing nothing to help restore the rights of Idahoans after Brad Little shut down the state last year.

McGeachin then elaborated on things she was doing despite the limited Constitutional authority given to a Lt. Governor. She described how Governor Little did not respond to her request to help streamline the unemployment processing in the state when people were waiting more than 14 weeks to get financial assistance during Little’s shutdown of “non-essential” businesses. “I am a businesswoman, and when I apply myself I can figure things out,” McGeachin said.  But the Governor ignored McGeachin’s offer to help identify and eliminate the obstacles that were preventing Idahoans from getting the help they needed.

When asked to address the critique made by some that she should be more supportive of the Governor’s actions, McGeachin said,

The full Voice of Conservative Values show including McGeachin’s interview can be viewed here: