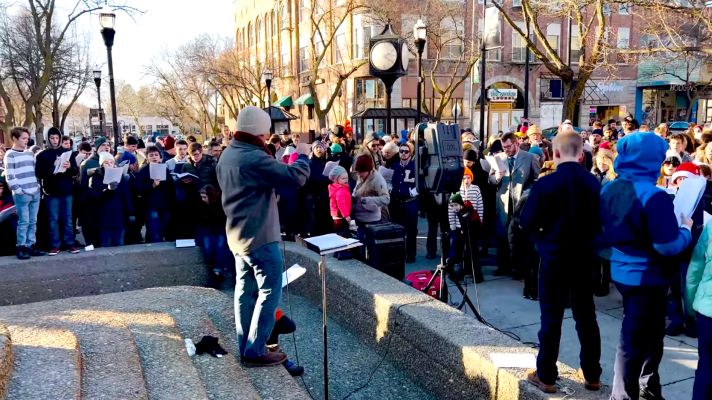 An annual tradition of caroling followed by hot cocoa and cookies by Christ Church in Moscow, Idaho was temporarily interrupted on December 5 by several people whose hearts apparently need to grow a few sizes, but the scrooge-like behavior failed to dampen anyone’s spirits.

As first reported by the Moscow Report, a guest on the second floor the Moscow Hotel placed a large amplifier in the window and cranked up the volume so a loud static noise boomed onto the street below.  According to a person on the scene who measured the volume using an app on his mobile phone, the sound exceeded 90 decibels, but it didn’t stop the carolers from singing their joyful noises.

Video of the incident shows a guitar amplifier positioned in a window blasting static and also a young man stepping outside the front door of the hotel making comments and hand gestures to the carolers.

Undeterred, the pastor of the church had the carolers shout “Merry Christmas” to those trying to dampen their spirits, and then he moved the event down the street about a block where the carolers finished their scheduled singing of about a dozen Christmas carols without any further incidents.

Moscow Police reportedly issued a citation to the resident who was blasting the noise through the amplifier.

A video of the events, courtesy of the Moscow Report, can be seen here or via the video below: 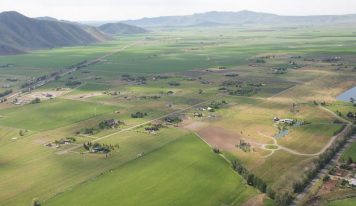 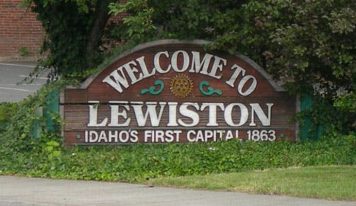