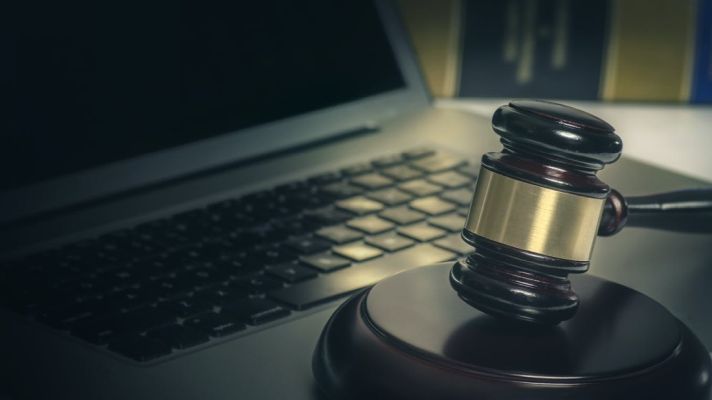 The online court system now in place in Idaho is getting out of hand. One example of the current level of lunacy happened on Ada County’s Court TV via Web-ex (an online platform) on May 3.

A friend, Casey, was kicked to the 1:30 pm edition of Court TV that day because of some oddities that happened during his Court TV hearing earlier that day. Several of us tuned in, having received the log in information from our friend. Filmmaker Bryan Bowermaster was sharing the broadcast via Facebook Live, and many others watched that way.

Bryan works in independent media. You may know of Bryan. If not, I need to fill you in, because what happened to Bryan last year is germane to the story. Brian was one of the people asked to leave the press seats during a hearing in the Lincoln Auditorium of the Idaho Statehouse on August 25, 2020. The chair of the committee holding the hearing, Greg Chaney (R-Dist. 10), maintained that in order to sit in press seats, Bryan would need a state-issued credential. Bryan knows that it is the job of the press in this country to report independently of the state, and therefore the idea of a state-issued press pass is unacceptable. Bryan refused to move and was soon arrested by Idaho State Police, who stormed the room, literally knocking over women and children to get to him.

Bryan’s charges still haven’t been resolved as the wheels of justice have pretty much ground to a halt here in Idaho.

Now that you know a little about Bryan, I’ll bring you back to present day.

On the afternoon of May 3, after two and a half hours of a succession of evidentiary hearings on Ada County’s Court TV, a prosecutor brought to the judge’s attention that a person named Bryan was broadcasting the hearing on Facebook Live. The judge then called on Bryan to unmute himself, and an interesting exchange ensued in which the judge told Bryan he could not re-broadcast. Bryan defended himself and said that he is press, and he has first amendment rights to do so. The judge said that the proceedings are available to the public and that anyone could call the court administrator for the Web-ex link, but he then cited Idaho Court Administrative Rule 45 (g) to say that re-broadcast requires permission. He ordered Bryan to stop re-broadcasting or be in Contempt of Court (Idaho code 18-1801.) The judge read that code, which is linked here.

The first fascinating fact is that Court Administrative Rule 45 clearly refers to broadcasting using cameras that a person or company brings into a courtroom.

The second fascinating thing to me in that code are the references to “in immediate view and presence of the court” and “in the presence of.” What can these phrases possibly mean once you have forced all concerned to participate in court only by way of internet?

And what about Bryan? He was quietly watching and re-broadcasting the existing live feed from the court. He did not interrupt the court or bring attention to himself in anyway. In fact, how did Bryan’s Facebook Live even came to the attention of the prosecutor in the first place?

To reiterate, the judge said that the public was welcome to the court proceedings via Web-ex, but by stretching Rule 45 to create new law, no one is allowed re-broadcast the Web-ex feed?

Once the court started conducting court business via internet, where exactly are the court walls? What can the judge control in this loosey-goosey process? Anyone could theoretically watch, record, jam signals, or hack with filters, and how is a judge to know? Can a judge really expect to control everything that happens with the live feed from the court room if people aren’t present in the room together?

According to the Idaho Supreme Court orders issued on October 8, 2020, “An assigned judge has the discretion to enter other orders or impose other requirements to promote the safety of participants, to promote efficiency, and to protect the integrity of the remote proceeding.”

I don’t think it’s possible for a judge to control the integrity of remote proceedings. In February, a lawyer in a Texas internet hearing was stuck with a cat-filter where his image should have been. Last week at my own arraignment, I could not be unmuted when it was my turn to report my attendance via phone. However, I could hear what was going on, and as I grew frustrated, a woman somewhere in the internet ethers started laughing, uncorrected by the judge. So much for controlling the integrity of remote proceedings.

On May 3, as I listened to the broadcast throughout the day, I learned that a judge had issued a Failure to Appear warrant because a man couldn’t overcome technical difficulties. Luckily, the man’s lawyer spoke up on his behalf and the warrant was later dismissed. Other technical glitches happened that day, too.

Bryan finally did agree to end his re-broadcast, although he made clear that he was only doing so under duress. You can see Brian’s comments after the fact here.

The lunacy of online court has been a sticking point for many people, and it seems to be getting crazier by the day. Just like Anthony Fauci, the courts seem to be making up their own rules as they go along.

Susan Lang is a stay-at-home mother who loves liberty and stands for justice, but is currently faces charges for exercising her first amendment rights.