Home Idaho News No State of Emergency Suspends the Constitution 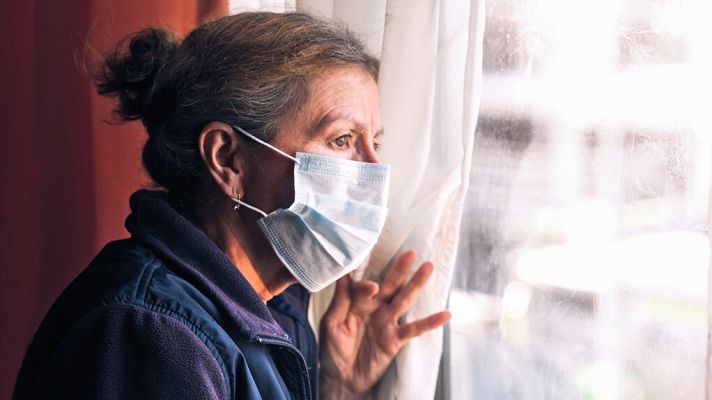 Editor’s note: True Idaho News accepts Opinion-Editorials from our readers. Submissions can be made to TrueIdahoNews@protonmail.com. Receipt of submissions is not a guarantee of publication.

Representative Judy Boyle told me, “no state of emergency suspends the Constitution” after I shared with her the tragic situation my mom was experiencing in a long-term senior living facility. Months of Covid measures, including isolation from family, being quarantined in her room, and wearing masks instead of smiles became my mother’s new reality of endless, meaningless days. As a result, my mom became severely depressed. Her nurse told me that she witnessed the elderly literally dying of loneliness and depression and that they’d rather get Covid if they could just see their families.

Representative Boyle believes in our inalienable rights and is devoted to upholding them, even during a “state of emergency.” She, like our fourth President, James Madison, understood that we should have a “healthy distrust of government” because men are not angels. Part of the great difficulty of government is to “oblige it to control itself.” This lack of self-control within the ranks of those in government that Madison warned us about has been exemplified by Brad Little during Idaho’s two-year “state of emergency.”

Thankfully, Representative Boyle devoted hours of time and guidance so that I could help my mom and the elderly during Little’s unconstitutional act.

During the summer of 2020, Rep. Boyle spearheaded an effort to get legislators to uphold their oath of office and stop the illegal reissuing of the “state of emergency.” By law, the Governor can issue a state of emergency for 30 days and then extend it another 30, for a total of 60 days. Sadly only 15 of the 105 Idaho legislators were willing to stand for the Constitution, the law and the citizens.

It has become apparent that Rep. Boyle is the only true Constitutional conservative of the three current Washington County legislators. Yet sadly, her enemies are attacking her with lies. Don’t believe them. Instead contact Boyle herself with your questions.

I had questions, so I called Governor Brad Little’s office. I also questioned Senator Abby Lee at a townhall meeting. And most recently, I asked Representative Syme at a meeting why they upheld/voted for a state of emergency which Constitutionally is to last no longer than 60 days when under Governor Brad Little it lasted over two years. The answer was the same from all three: “We need the federal funding.”

Meanwhile small businesses can’t get workers, children and young people have suffered and the elderly who fought for our freedoms are not free. Instead, they’ve been treated by those in favor of these Constitutional violations as “worthless eaters” (which is how Henry Kissinger referred to them).

A hospice nurse recently conveyed this statement to me:

“I have lost more patients to despair and depression than Covid. I didn’t lose them to Covid, but to the collateral response to Covid that caused physical and mental abuse of such magnitude that I fear we have lost our souls to safetyism. Fear has won out over humanity and our dear elderly, who are most vulnerable and need the most advocacy, have been reduced to pawns in this political game.”

It truly matters who our elected officials are because their primary job is NOT to keep us safe. Instead, their job is to understand that our rights are inalienable – they can’t be taken away because they come from our Creator. The job of our elected representatives is to “secure these rights – life, liberty, and the pursuit of happiness,” as stated in the Declaration of Independence. Representative Judy Boyle believes this, my family has seen her live it and Washington County needs her.

True Idaho News depends on the support of its readers.  Visit our support page to learn about the different ways you can support our work.