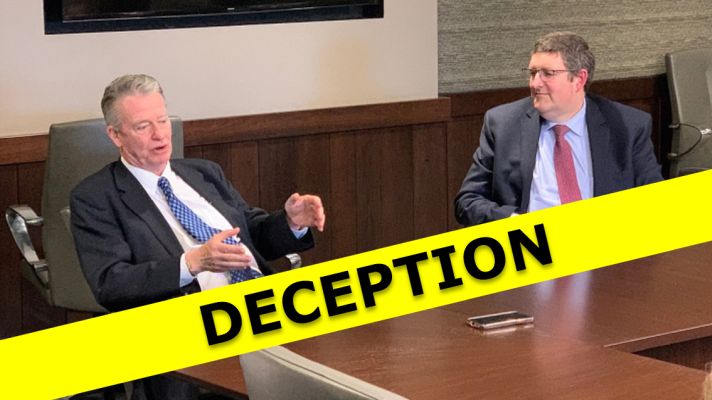 Governor Brad Little and Dave Jeppesen are purveyors of medical misinformation. Some might call their statements lies, but that’s a distinction left up to the reader. Jeppesen is a financial strategist who worked at Blue Cross until Little chose him to run Idaho’s Department of Health and Welfare (IDHW). Both Jeppesen and Little tell Idahoans that “Covid-19 Vaccines” are safe and effective. This statement flies in stark contrast to reports from Europe that now state the number of serious adverse reactions to the jab are actually 40 times higher than previously known.  Since the latest data from the Vaccine Adverse Event Reporting System (VAERS) shows more than 1.25 million adverse events have been reported due to the “vaccines,” this means actual number could be more than 40 million.

These ‘vaccines’ are safe?

Worse yet, Jeppesen’s IDHW continues to tell Idahoans the “vaccines” are safe for young children and teens. With all seriousness, Little and Jeppesen should hire fact checkers before making such dangerous and outlandish claims. Their fact-checkers should be intellectually honest, too, not like the ones paid for by proven liars like Bill Gates and Anthony Fauci (read ‘The Real Anthony Fauci’ by Robert F. Kennedy, Jr. to get verifiable facts that Gates and Fauci are lying to the world).

In a recent Stanford study, epidemiologist Professor John Ioannidis found that children under 20 have a 99.9987% chance of recovery if they catch Covid-19.  To make a comparison, children are 10x more likely to get killed in a car accident than die from catching Covid-19.

Even worse, children under 20 are more likely to die from getting injected with an mRNA “vaccine” than from catching Covid.

Again, read that last sentence and let it sink in.

Now that we’ve discussed safety, let’s talk effectiveness. Again, Little and Jeppesen say these injections are both safe AND effective. But are they effective?

Even last year, a report from England showed that “fully vaccinated people are 65% more likely to be hospitalized.”  A report from Scotland showed that double-jabbed people were more likely to get hospitalized from Covid than those who were unvaccinated. And, a report from the Imperial College of London along with the UK Health Security Agency found that people who were ‘vaccinated’ were just as likely as an unvaccinated person to pass Covid on to someone else living in their house.

To reiterate, children have a 99.9987% chance of surviving a Covid infection. Additionally, the National Institutes for Health (NIH) reports that a presence of severe co-morbidities corelates to a severity in a Covid infection in pediatric patients. With that, parents should be wondering why Brad Little and Dave Jeppesen are pushing for healthy children to get the mRNA Covid “vaccine” when the science shows they’re more likely to die from the “vaccine” (or have a permanent disability because of it) than the chances of them dying from Covid.

If anyone is wondering why Brad Little kept Idaho in a state of emergency for more than two years, the answer could be found in “follow the money.” Billions in federal aid came into Idaho so long as Little had a declared state of emergency in place. What most Idahoans often forget is that with federal money comes federal strings. If Idahoans knew the conditions under which the state received the federal aid dollars, it is doubtful they would be supportive of Governor Little’s actions.

Also, if readers are wondering why information in this column is not being reported by “main stream” media outlets, one need only realize which companies are paying large sums of advertising money to said media outlets. One must also know that professors and doctors will not receive their needed research and grant money if they speak the truth about the Covid vaccines.

It is time for Idahoans to speak truth with more boldness. Politicians like Little and appointees like Jeppesen – along with their sycophants – can look down their nose at us with a holier-than-thou, we-know-better-than-you attitudes, but when the facts are examined, their positions are found wanting. The ‘vaccines’ are not safe, nor are they effective. Especially for kids.

True Idaho New publishes news you can trust. Check out the support levels. We thank you in advance for being a financial partner with True Idaho News. 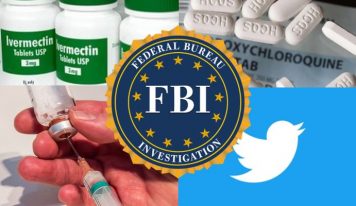 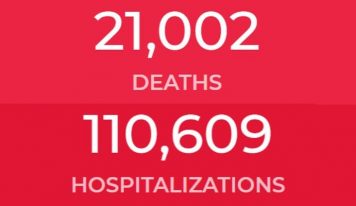