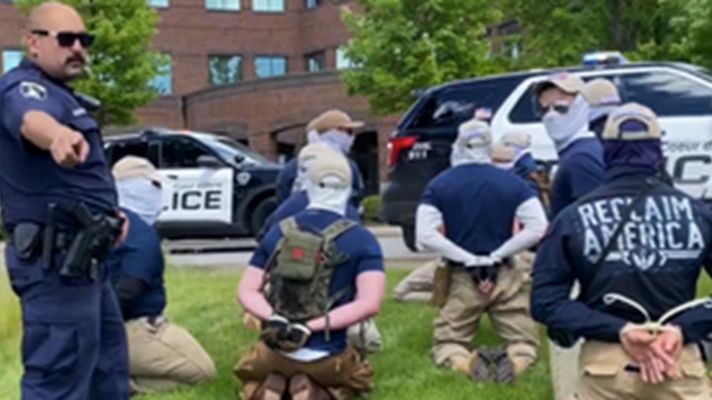 This article first appeared at the Action Idaho website and is reprinted here with permission.

Editor’s Note: True Idaho News does not seek to the be the “first” with a story.  We’d rather wait until the truth unfolds, because it almost always does.  Evidence emerges and stories become clearer as hidden facts get exposed. Such has been the case with the arrests of the Patriot Front group at the CDA “Pride” Fest last week.

We believe this article from Action Idaho explains heretofore untold facts about the events that occurred, and we strongly recommend people read this piece and watch the 9-minute video that shows a side of the story the “mainstream” media (which supports a left-wing agenda) will refuse to tell.

Bottom line, it appears the Deep State mindset is extending its tentacles into Idaho, even among sworn law enforcement officers. This should be of great concern to Idahoans who want a government that operates in accordance with the Federal and State Constitutions.

Last week’s arrest of 31 citizens for “conspiracy to riot” should be seen as part of an effort to promote LGBTQ+ Pride in CDA.

The arrest of 31 American citizens for “conspiracy to riot” has brought Coeur d’Alene (CDA) into the national spotlight. The Left has a Narrative about the events. The police, they say, thwarted a riot that reveals the underlying radicalism of the north Idaho community and America as a whole. Last month CDA was electing Republicans; this month it is home to white supremacists or white nationalists rioting against innocent men dressed as sexualized women.

Conservatives have narratives too. This arrest looks like an FBI sting operation, they say, like J6 (as is alleged) or the hoax kidnapping of Michigan Governor Whitmer. According to this narrative, these men were victims set up by federal agents who planned the event and funded it and even suggested it. What these apparently gullible men were doing was itself dishonorable and bad, so they had to be tricked into it. Very few were Idahoans, so this is no reflection on our state, others say, and they were all bad men anyways.

We should measure these narratives against the evidence. The Patriot Front has produced a video of the events telling their side of the story. Their story is not contradicted by the available record, so it should be taken seriously. Conservatives should drop their FBI sting operation narrative and focus on the ways in which CDA’s prosecutor and police have, in a sense, overreacted. The truth is in plain sight.

Who was arrested? The fact that the men were from out of state does not mean they had no local support. The Patriot Front may be a national organization with local chapters. Protesters from out of state may have piled into a U-Haul truck to travel to the Pride event in CDA, while members of the local chapter drove to the event in their own cars. CDA police should definitely have followed up on a tip from someone witnessing the men entering the U-Haul. Driving in the U-Haul is not a crime, but it is a reason to pull the U-Haul over (i.e., illegal immigrants, sex trafficking use U-Hauls to transport people).

Young men came from all over the country to protest CDA’s raunchy Pridefest. These young men find purpose in protecting the sexual purity of innocents and in opposing the corruption of a population. This would not be an ignoble purpose at all! Thinking that this is an FBI operation detracts from the nobility of their purpose. Kidnapping a governor is wrong. Protesting raunch is hardly wrong.

Pictures of the men have peppered the internet. The pictures reveal several things. As Joe Rogan first noticed, none of these guys are fat. In fact, none have noticeable tatoos. The men appear clean-cut, in-shape guys. They were on their way to oppose a corrupt and corrupting performance at “Pride in the Park.” As can be seen from the video, the arrested see themselves as victims of a wrongful arrest, but they handled themselves with uncommon self-control in the face of it. Most of those arrested were probably bailed out by members of the northern Idaho chapter of Patriot Front.

Why were there charges? No weapons were found. This group has protested without incident several times in the past year, according to their website, at pro-life rally in Chicago and at rally against Purdue Pharma. They have also walked the streets of CDA handing out literature quietly. They expressed no violent intentions in their video.

The New York Times has reported on the plans of the arrested. The men planned to form “a column. . . on the outside of the park, proceeding inward, until barriers to approach are met.” The column would then create a “confrontational dynamic” and “disengage and head” downtown.

The “conspiracy to riot” charges seem outside of the state statute given this plan and the available evidence. According to Idaho statute, a conspiracy is when two or more people plan on doing something illegal. The state needs the power to stop criminal conspiracies before they happen, so such a law is necessary. The men were arrested for conspiracy to riot. Idaho law defines a riot as a “use of force or violence, or thereat thereof” that results in physical injury, damage to public or private property, or a disturbance of the peace. There was no threat of violence–as might be manifest if the men had offensive weapons. There were no injuries–as might require weapons. There was no damage to private property. There was no disturbance of the peace. Certainly the very low bail of $300, given to people from out of state, suggests that the authorities are not overly worried about the threat these men pose.

Pulling these men over before they arrived at the scene is reasonable. Filing charges against them after the search does not appear reasonable.

CDA authorities are using the law to harm their enemies and help their friends. There is more evidence that the men dressed as sexualized women with children in the park committed the crime of obscenity than there is evidence that these 31 men are guilty of conspiracy to riot. If the 31 men can be prosecuted on such flimsy grounds, then anyone can be prosecuted on them. Everyone is a potential rioter since anything can be used as a weapon. Prior restraint of the right to protest also looks especially arbitrary in the wake of the summer of Floyd, where riots themselves were hardly enough to get people arrested.

CDA political leadership acts like the US embassy in Kabul. Since they think the natives are bigoted, they plant the rainbow flag wherever they can. In fact, CDA’s leadership seems scared to see the town affiliated with what they deem extremist groups, so they take every chance to label opposition to their agenda as white supremacist or white nationalist or whatever. The Left is elevating Patriot Front in this instance to associate conservatives with white nationalism. But people do not have to be white nationalists to think grooming kids in public is evil. This label is supposed to scare conservatives from speaking out against the corrupting agenda that the city council and its affiliates itself are peddling.

The Patriot Front did nothing wrong in this case. There appears to be no conspiracy to riot. The fact that CDA is going through with this the prosecution shows the new standard that defines American law: the left uses the law to help their friends and harm their enemies. Period.

The original story appears here on the Action Idaho website.

True Idaho News values the support of its readers. Support our work here. 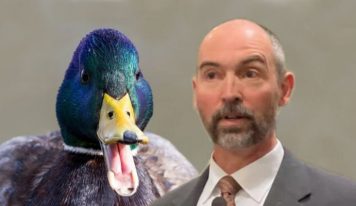 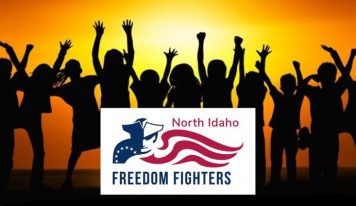 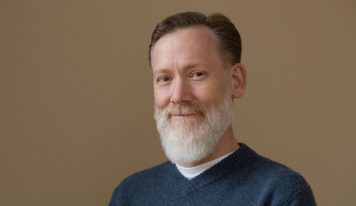