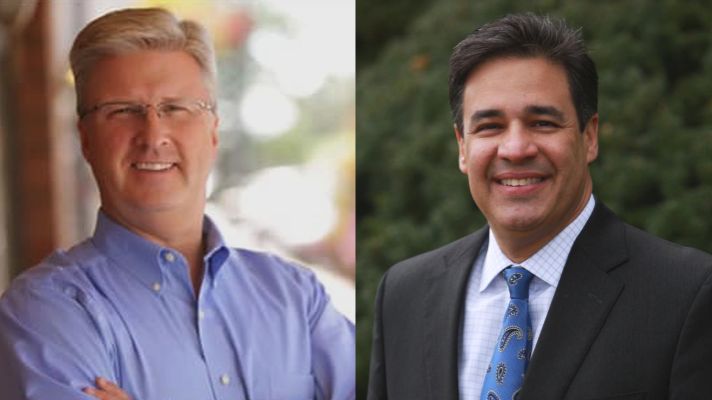 The next Ada County Liberty Dinner will be Tuesday evening, May 3, and feature former Congressman Raúl Labrador and Bryan Smith. Labrador is a candidate for Idaho Attorney General, Smith a candidate for the U.S. Congress. The event will be held at Watson’s Café & Spirits, located at Fairview Avenue and Milwaukee Avenue in Boise [MAP]. Doors open and 6:30 pm and tickets can be purchased at www.trueidahonews.com/adacounty.

Labrador served in the Idaho House of Representatives from 2006 to 2010, and then represented Idaho in the U.S. Congress from 2010 – 2018. He has also served as Chair of the Idaho Republican Party. Smith is a successful Idaho Falls businessman and accomplished lawyer. He was a delegate for President Donald J. Trump at the Republican National Committee Convention. Smith is challenging Mike Simpson for Idaho’s 2nd district Congressional seat.

On the issues, Labrador supports a full repeal of the Patient Protection and Affordable Care Act (Obamacare), and believes those residing illegally in the United States should be responsible for their own health care costs. Smith is opposed to breaching Idaho’s dams and believes the United States should restart building the wall along the nation’s southern border. Attendees at the Liberty Dinner will be able to ask both Labrador and Smith questions about their stance on the issues.

Previous speakers at the Ada County Liberty Dinners have included Janice McGeachin (candidate for Governor), Priscilla Giddings (candidate for Lt. Governor), Dorothy Moon (candidate for Secretary of State), and Branden Durst (Superintendent of Schools). The dinners are held at Watson’s Café and Spirits, 8001 W. Fairview in Boise. Fees for the event cover the cost of the venue plus the meal, with the remaining proceeds helping to elect Constitutionally minded conservatives in Ada County.

In addition to having a main speaker, each Ada County Liberty Dinner also includes additional informative presentations to educate and equip citizens with insights not heard or seen on major media platforms.

Five counties in Idaho now have regular Liberty Dinners. Shadowtrail Media, parent company of True Idaho News, organizes the Liberty Dinners in Ada County. So that the venue can know how much food to prepare, tickets must be purchased no later than noon on Monday, April 4.

Tickets to the Ada County Liberty Dinners and other liberty-minded events around the state can be obtained at www.trueidahonews.com/events.

If you like truthful news, consider supporting True Idaho News (note that there are no Big Pharma ads on OUR site!). Visit www.trueidahonews.com/support.