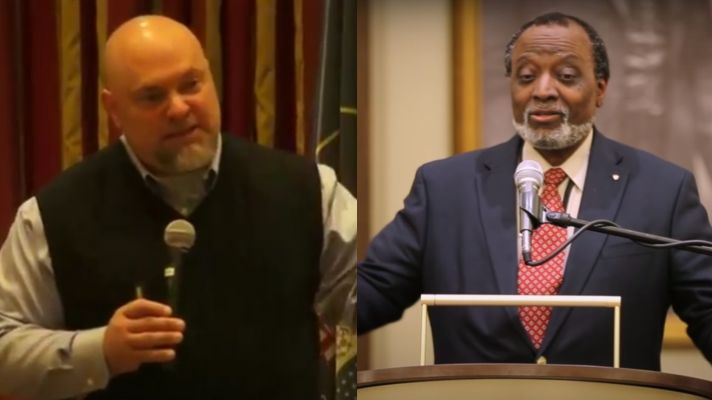 Idahoans have the rare opportunity to hear from some outstanding conservative voices this coming Saturday, May 7 in Boise. Dr. Alan Keyes and Dr. Duke Pesta with be among six presenters at the Educational Truth Summit at Foothills Church from 9am – 3:30pm. Dr. Keyes is a former Presidential candidate and ambassador under Ronald Reagan, and Dr. Pesta is a leading voice for restoring sanity to our nation’s education system. As a bonus to the citizens of Idaho, a donor has provided an amazing gift, opening up the Summit to everyone.

With this donation, people can now “name their price” to attend. “If people want to pay five dollars, then they can attend for five dollars. If they want to pay $40, then that’s the price,” said Daniel Bobinski, organizer of the event.  Bobinski said the donor covered the costs of putting on the Summit, and the love offering provided by the attendees will be used to bless the speakers.

Idaho’s Governor Brad Little is on record saying he doesn’t think Critical Race Theory or its stepchild, Social Emotional Learning, is being taught in Idaho schools. However, an amazing undercover video produced by journalists from Accuracy In Media proved the governor wrong. Not only are Idaho’s teachers and administrators hiding their actions and intentions from parents, they are actually mocking parents as they do it.

“Parents need to know what’s really going on in our schools,” Bobinski said, “but Idaho’s TV stations and local newspapers won’t touch this stuff. I felt it was vital for Idaho parents to get the truth.”

In addition to learning what is actually happening in our schools, parents will also learn what steps can be taken to prevent their children from being indoctrinated into the multiple “woke” ideologies that pervade education today.

Dr. Duke Pesta is one of the country’s foremost authorities on the dangers of Common Core, and he’ll be giving several presentations at the Summit, including the opening keynote.  In addition to the dangers of Common Core and Critical Race Theory, Pesta will also be exposing the radical sexualization occurring in our schools, and, more importantly, what to do about it.

Dr. Alan Keyes will deliver the closing address, which will include a call-to-action from parents and all citizens to get education in America back on the right track. In discussing education, Keyes has said, “The first thing we have to do is restore this country’s allegiance to its basic moral principles … What we’re seeing in our schools is the direct result of our failure to respect that heritage and to pass it on.”

Other speakers at the Educational Truth Summit include Dr. Douglass Peake, who will be speaking on what’s motivating our public schools to be doing what they’re doing. Homeschooling expert Susan Dusseault will be providing an overview on common approaches to homeschooling, and Dr. Lynn Laird will be speaking on the psychological impact to children as they deal with struggle of getting free from the system. Bobinski will also be presenting at the Summit on the content of his award-winning book, “Become a Student of Your Students,” which he co-authored with his wife in 2015.

One highly anticipated component of the Summit will be a panel discussion, where all the presenters will be on stage at once taking questions from audience members.

The Summit is available for all to attend. Tickets can be purchased at ktr.ticketleap.com/summit, or people can pay at the door and name their price.

Doors open at 8:30am on Saturday, May 7 at Foothills Church, 9655 W. State Street in Boise. The event starts promptly at 9:00 am. During the lunchbreak, box lunches will be available for purchase on location; a list of restaurants within two miles of the church will also be available.  The Summit will wrap up promptly at 3:30pm.