Home Idaho News Liberty Symposium to be Held in Boise 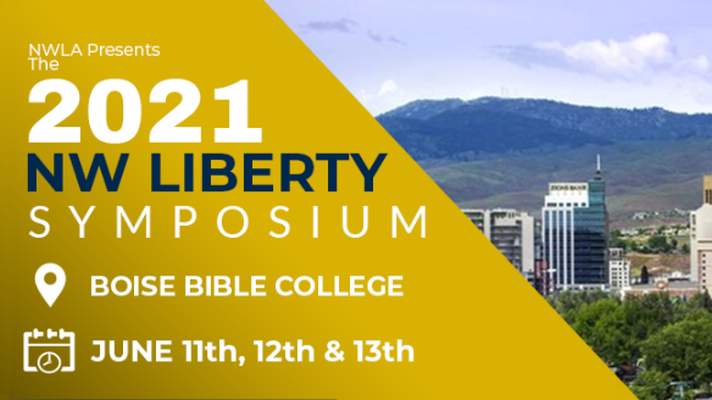 The Northwest Liberty Academy (NWLA) is hosting its annual Liberty Symposium, June 11 – 13, in Boise. Former state representative Elizabeth Allan Hodge, co-founder of NWLA, says that students aged 12 through 112 can be educated on – or reminded of – the principles essential to life, liberty, and the pursuit of happiness. Now in its sixth year, the Symposium’s speakers include elected representatives and experienced professionals to address a wide range of topics.

Hodge told True Idaho News that because of Covid, tuition for this year’s Symposium has been lowered by $100. But she also said that NWLA never turns people away for lack of money. “If someone has only $20 to spare, bring your $20 and attend the symposium,” Hodge said. She also said parents of teens who register can attend for free. “We want parents to know what we’re teaching their children. All we ask is that they pay for any food they eat.”

Topics that will be addressed at this year’s Symposium include the need for civil discourse, critical race theory, social justice, white privilege, and the real science of Covid 19. Standard Symposium fundamentals will also be covered, such as the proper role of government and whether the United States is a Social Democracy or a Constitutional Republic.

Hodge says the Symposium will also feature Margarete Fallat, speaking on the perils of socialism, which is now being embraced by so many Americans. Fallat will share the story of how her father was abducted for six weeks and beaten by Nazi soldiers. As he lay dying from the extensive beatings he received, he had Margarete promise to “Never give up and never give in.”

Google states that Fallat is 101 years old, but Fallat says Google is incorrect, that she’s “only 97.”

The 2021 Symposium will be held at Boise Bible College on June 11, 12, and 13. Tuition includes room, meals, books, and materials. Those attending from the Boise area who do require a room in the college dorms will receive a reduced tuition. As previously mentioned, parents of registered students (aged 12 – 18) can attend for free and simply pay for meals and $30 per night if housing is needed. Registrants have access to all sessions at the conference, including personal sessions with the speakers.