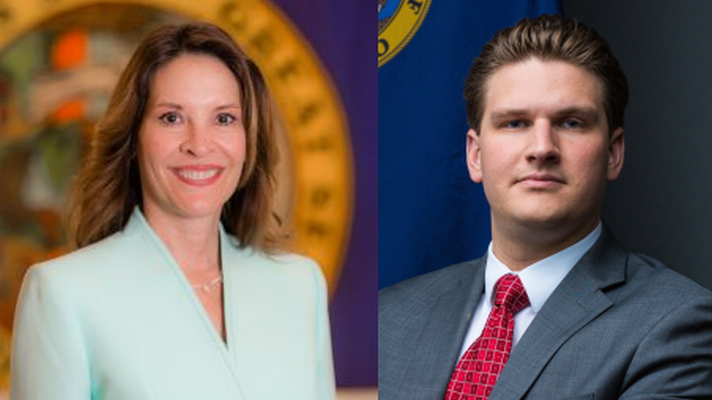 Brad Little received much criticism from legislators and citizens for how he violated both the Idaho and the US Constitutions in his response to Covid-19. As a result, several people from his own party are challenging him for his seat.

On May 15, political newcomer Ed Humphreys announced his candidacy, and on May 19, Idaho’s Lt. Governor Janice McGeachin announced hers.

Speaking in Idaho Falls on Wednesday morning, McGeachin indicated that the current Governor’s overreach was a large part of the reason she decided to run. “What we have seen over the past year is unacceptable,” McGeachin said. “The violations of our individual rights, our state sovereignty and our traditional conservative values are intolerable. I refuse to stand by and allow these abuses to go unchallenged. That would be a disservice to our state and a violation of my sworn oath to the Constitution of the United States and the Constitution of the state of Idaho. I can’t do that. I won’t do that.”

On Saturday, May 15, Humphreys addressed a crowd gathered for a kickoff party in Eagle, saying, “The reason you guys are here today, the reason you feel something is out of place right now, is because the America Dream is on the brink. You can feel it. And right now, Idaho is at a crossroads. It’s going to be us who determines which direction we go. Are we going to continue to go down the route that we’ve seen so many other places go before, or are we going to embrace the things that made this the greatest nation on earth?”

Both candidates will face uphill battles. McGeachin’s strong conservative stance has caused her to be on the receiving end of attacks from the liberal media as well as establishment Republicans. Humphreys has been labeled by some as too young and too inexperienced. However, the words of both candidates indicate that they aim to bring an end to the cronyism and unconstitutional actions of the current Governor.

Humphreys, the Region IV Chairman for Idaho’s GOP, was previously a financial advisor and Idaho’s State Director for the U.S. Term Limits, an organization seeking to institute term limits in the U.S. Congress.

McGeachin has been Lt. Governor of Idaho since January of 2019. Prior to that she served in Idaho’s legislature from 2002 through 2012 as a Representative from Idaho’s 32nd district. During her time in the legislature, she was chair of the House Health and Welfare Committee and a member of the Joint Finance-Appropriations Committee. In her role as Lt. Governor, McGeachin started “Capitol Clarity,” a weekly open-to-the public meeting that included presentations by lawmakers on pending legislation, plus various speakers addressing issues facing Idaho. She also started a task force to investigate student and parent complaints of social justice indoctrination in Idaho’s schools.

Both Humphreys and McGeachin promote conservative values, so expect both of them to be attacked in the “mainstream” media. The danger that’s now being expressed by conservatives in Idaho is that if the two split the conservative vote, Little may retain his seat and continue to exercise what many describe as unilateral control of Idaho’s government.