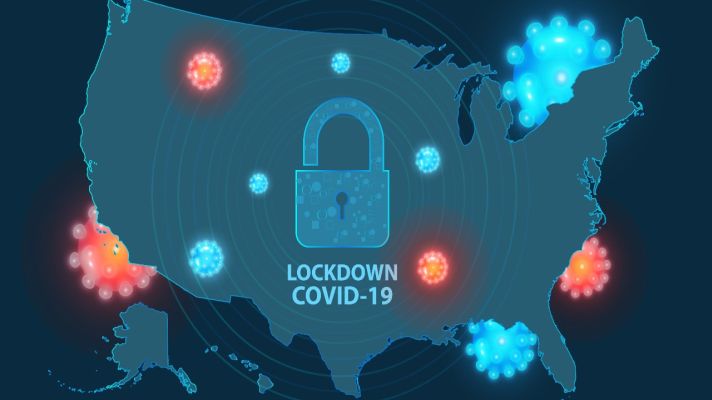 It has been two years to the day since Governor Brad Little announced a state of emergency in Idaho. Later, in a hastily drafted press release that confused employers statewide, Little proclaimed only “essential” workers could work; all “non-essential” workers had to stay home.

Gatherings of any size and for any reason were in violation of the Governor’s order, including church services. Those entering the state were to be under mandatory quarantine.

To be clear, by legal definitions, Little’s shut down order was not a quarantine. It was more like a state-wide house arrest.

In reality, Little was following protocols recommended by the National Governors Association (through their partnership with the World Economic Forum), even though he had no reason to do so. Not even one Covid death had been recorded in Idaho at the time Little announced his “state of emergency.” In other words, rather than think independently, Little just fell in line what the World Economic Forum wanted him to do.

A month later, Little said during a press conference that Covid deaths were happening “in every corner of the state.” This was not true. At the time of his statement, 39 deaths had been attributed to Covid, and just three of the state’s 44 counties accounted for almost all those deaths. Moreover, practically all those deaths occurred in nursing homes and elder-care facilities.

Hundreds of thousands of people were told to stay home and therefore most could not work. Police pulled over automobile drivers, asking why they were out driving and not at home. Little even hired out-of-state call centers to field phone calls requesting unemployment benefits, but still, people sat on the phone for hours only to be disconnected for no reason or be told they would need to call back another day. Hundreds of businesses ended up permanently closing, never to re-open their doors.

And all for nothing.

On March 10, the weekly peer-reviewed journal The Lancet published research conducted by Johns Hopkins University, revealing that the lockdowns did nothing to stop the spread of Covid, nor death from Covid.

No Evidence that Lockdowns or Closures Helped

The researchers wrote, “We find no evidence that lockdowns, school closures, border closures, and limiting gatherings have had a noticeable effect on COVID-19 mortality.”

The Lancet is among the world’s oldest and best-known general medical journals. Their website says, “We select only the best research papers for their quality of work and the progression they bring. Improving lives is the only end goal.”

Governor Little issued lockdowns in Idaho and multiple “policy mandates” after Covid-19 was released into society, but authors of the Johns Hopkins study wrote that the lockdowns had a “devastating effect” on society overall, causing substantial economic and social damage.

The report says that lockdowns and mandates:

“[C]ontributed to reducing economic activity, raising unemployment, reducing schooling, causing political unrest, contributing to domestic violence, and undermining liberal democracy. These costs to society must be compared to the benefits of lockdowns, which our meta-analysis has shown are marginal at best. Such a standard benefit-cost calculation leads to a strong conclusion: lockdowns should be rejected out of hand as a pandemic policy instrument.”

We should read that last sentence again. After all, they said it was their “strong conclusion:”

Lockdowns should be rejected out of hand as a pandemic policy instrument.

During 2020, suicides in Idaho increased to 420 over the 362 that occurred in 2019.  One must wonder if Brad Little took into account the predictable increase of domestic violence and suicides and the reduction of student learning when he locked down the state according to the recommendations of the World Economic Forum and the National Governors Association – instead of looking at actual data in Idaho. (Again: The National Governors Association is in partnership with the World Economic Forum.)

People in Idaho were cited for having a garage sale … arrested for singing psalms in public … and arrested for taking their children to a playground.

According to the Johns Hopkins study, at best, Little’s shut downs “may” have reduced Covid deaths by 0.2%. As stated in the study, “Overall, we conclude that lockdowns are not an effective way of reducing mortality rates during a pandemic.” Furthermore, they pointed out that their results aligned with a 2006 article released by the World Health Organization. “Our results are in line with the World Health Organization Writing Group (2006), who state, ‘Reports from the 1918 influenza pandemic indicate that social-distancing measures did not stop or appear to dramatically reduce transmission.’”

With this information, shouldn’t every charge and every citation in the State of Idaho issued for “violating” anything related to Little’s shutdown be dropped?  Furthermore, shouldn’t restitution be made for any legal expenses incurred?

As a side note, Brad Little’s recent campaign for re-election recently claimed that he never closed down the State of Idaho. This is a blatant lie, as proven by news reports from multiple sources, including this KTVB report announcing that Little was extending his close down of the state.