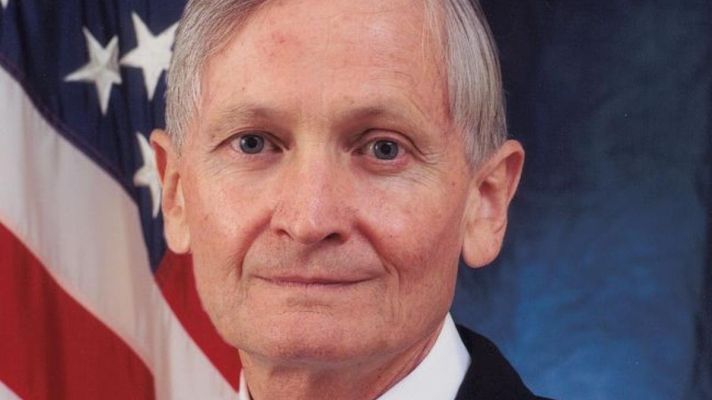 This is Part 1 of a two-part expose.

Although we at True Idaho News do not agree with everything done and said by the IFF, we believe strongly that IFF is working legally, ethically, and morally for the freedom and liberty of Idahoans. Overwhelming evidence points to that fact. If one looks objectively at Jim Jones and those in his organizations, one must wonder why they are against organizations and legislators who support parental rights and our Constitutionally protected freedoms.

Top-down, authoritarian mindsets have been misleading Idahoans for years. Idahoans must learn not to believe everything that comes from the mouth (or the pen) of a former high office holder in the State of Idaho. It’s especially sad when the lies are coming from a former Chief Justice of Idaho’s Supreme Court.

IFF President Wayne Hoffman has written several pieces in response to attacks by Jones. Normally I might just reprint Hoffman’s article, but since Jones and his groups so easily speak lies, I thought it reasonable to speak truth and speak it along with Hoffman’s remarks. I do so with the intention of bringing Idahoans a deeper understanding of what’s really going on.

Here are my comments to accompany Hoffman’s latest open letter with the sections from Hoffman’s letter in Italics.

Idaho newspapers don’t run every column Jim Jones writes, but you can bet that if he writes about the Idaho Freedom Foundation, they will publish it — because they hate the IFF as much as Jones does.

Jones’ columns are full of the same lies that we’ve come to expect from him. Jones has started a new political action committee and is raising money for the express purpose of attacking my organization and its allies. He’s writing about the IFF almost weekly now, so our rebuttal is important.

Before Hoffman created the Idaho Freedom Foundation, legislators in Idaho ran unaccountable in many of their actions. Many who are now in leadership positions worked backroom deals with, between, and among big business, state agencies, and deep-pocketed globalist interests. The result of these power-addicting actions is (and has been) a loss of freedom and liberty for Idahoans. A lust for more power and the high that accompanies that power grows just like any addiction. And, like all addicts, these legislators have developed believable lies in their self-deception that such actions are and were needed. Sadly, many so-called leaders put “R”s after their names, and tragically, too many Constitution-loving Republicans have trusted them.

Jones and his groups like ‘Take Back Idaho’ say they want to take back Idaho from Constitutionally conservative “extremists.”  Perhaps more accurately, the Take Back Idaho crowd wants to take Idaho back to a time BEFORE legislators were held accountable – and BEFORE people seeking to follow the U.S. and Idaho Constitutions were objectively evaluating the legislation. Thanks to the work of the IFF, legislators and Idahoans are learning what will REALLY happen to them and their families – and their children and great-grandchildren – as a result of each piece of legislation. No longer can “leadership” simply say, “Trust us” and get away with it.

Back to Hoffman’s remarks:

A quick note: I don’t expect your local newspaper to carry this response, just as I have noticed that newspapers leave out that small detail I mentioned about Jones raising money to combat us. But here is my response to his statements:

Claim: The IFF “has worked hard to sabotage Idaho’s public schools.” False. Idaho’s government-run schools are doing a fantastic job sabotaging themselves by giving control to the labor unions and exposing students to leftist ideology. It’s also no secret that Idaho student test scores have remained flat and mediocre since long before IFF even existed. All we have done is point out the problem and recommend solutions, including universal school choice, which Jones has opposed.

It’s pretty clear that Jones and company are upset that IFF would rather see parents more involved in their children’s education than the “just trust us” approach used by imposter Republicans and educational “experts.”  Lest anyone think this is a bad idea, look where the “just trust us” road has taken us.  Former Governor Butch Otter (currently a lobbyist and campaign advisor for House Speaker Scott Bedke) and Tom Luna (current ‘chair’ of the Republican Party in Idaho) signed the paperwork that brought Common Core to Idaho – WITHOUT A SINGLE LEGISLATIVE VOTE.

Just trust them? Debbie Critchfield is House Speaker Scott Bedke’s cousin by marriage and lives in the same small town as him (~812 people). She was appointed by Butch Otter to the State Board of Education. It was her and the rest of the state board that opened the door for Critical Race Theory to be taught in Idaho Schools.

Just trust them? If anyone has worked to sabotage Idaho’s schools – and by that I mean reducing parent input and increasing federal reach into local schools – it’s Otter, Luna, and Critchfield, to name a few.

The education industry is a huge, multi-billion-dollar operation. For parents to have more say in their children’s education scares the dickens out of people like Jim Jones who favor top-down dictates. When he says that IFF is working to sabotage Idaho’s public schools, it’s safe to say he didn’t say the whole sentence. Better would be for Jones to make THIS quote:

“They’re working to sabotage the continued infusion of Marxism into Idaho’s public schools.”

There. Fixed it for you, Jim.

Subscribe for free to True Idaho News so you don’t miss a thing. You’ll receive a weekly email with links to all the stories published the previous week. Your cost: Nothing.