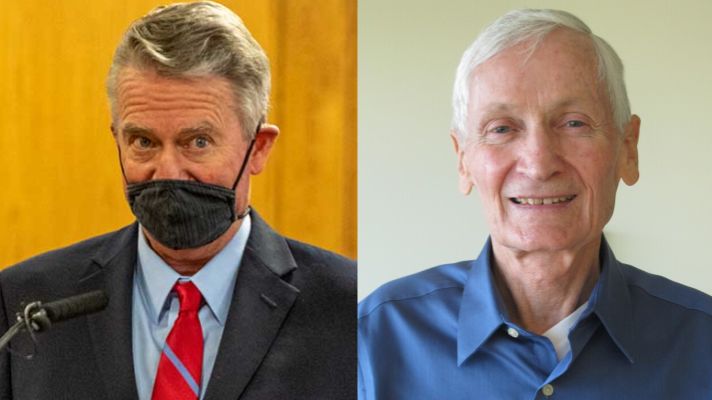 This is Part 2 of a two-part expose. Read Part 1 here.

In Part 1 of this series I pointed out how Jim Jones and the statist organizations he forms and represents lie about the Idaho Freedom Foundation (IFF). A lot. Although we at True Idaho News do not agree with everything done and said by the IFF, we believe strongly that IFF is working legally, ethically, and morally for the freedom and liberty of Idahoans. Idahoans must learn not to believe everything that comes from the mouth (or the pen) of a former high office holder in the State of Idaho.

Top-down, authoritarian mindsets have been misleading Idahoans for years. Jim Jones is one of their vocal mouthpieces, and Brad Little is right behind him.

Claim: The IFF tried to “prevent folks of modest means from getting medical care.” False again. The IFF opposed the expansion of the state Medicaid program that was originally intended for poor and disabled people. The expanded Medicaid includes able-bodied, childless adults regardless of income status. Their presence in the system not only takes the focus away from the program’s original intent, but also comes at a much higher cost than originally projected. What’s more, Medicaid itself represents a socialist regime that comes at the expense of families, churches, and nonprofit organizations that care more about a person’s health and wellbeing than a healthcare bureaucracy.

Ask any trustworthy doctor and you will hear that Medicaid is (and has been) ruining healthcare. If any doctor tells you differently, that doctor has been subsumed into the system and is now part of the problem.  In no way is IFF trying to prevent anyone from getting medical care. What they ARE doing is pushing back against an ever-encroaching Marxist system that takes money from taxpayers to pay for “free” healthcare for a growing number of people.

Claim: The IFF “stoke(s) up conflict over any number of non-existent issues just to score political points.” Double false. As I have said many times before, please go to our website and read the research that our team has worked on. It details the infiltration of critical social justice in our colleges, universities, and K-12 public schools. See example after example of the use of critical race theory and the hypersexualization of children in our own state. Despite having said this over and over, the media have done a disservice to their readers and viewers by ignoring the evidence in furtherance of the left’s agenda.

Jones and his cronies say Critical Race Theory is non-existent (and its multiple stepchildren, such as Social-Emotional Learning, or SEL) in Idaho. Brad Little is also among this crowd, saying during an interview with the now strongly left-leaning KTVB that CRT doesn’t exist in this state.  If you’d like to see just how ignorant Jones and Little are (whether intentional or unintentional), just watch the undercover video of Idaho school principals and administrators openly stating they have chosen different names for CRT and SEL to worm their way through pushback given by parents.

The obvious? Critical Race Theory and Social Emotional Learning HAVE been taught in Idaho, and school districts have no intention to stop, no matter what laws are created to stop it. Call it deception or call it lying, but one principal in Caldwell said it straight up:  Different name; same content.

View the video of Brad Little’s ignorance (or deception) coupled with the undercover video of Idaho administrators saying they changed the name of CRT/SEL here.

Non-existent issues, Jim and Brad? Hardly. Either wake up guys, or pull your heads out of the Marxist playbook.

Back to Hoffman’s comments:

I’d much rather work on tax and monetary policies. I’d rather focus our energies on restoring constitutional principles and promoting liberty. But the indoctrination of our children is the single biggest problem facing America today, and it’s occurring in Idaho communities as it is in the public schools of more radically progressive places like Portland or Seattle.

Finally, Jones attacks several of my friends in his latest missive: Raul Labrador, Priscilla Giddings, Dorothy Moon, Branden Durst, Janice McGeachin, Barbara Ehardt, Ron Nate, Bryan Smith, and Doyle Beck. Each of these men and women are people of principle and integrity. No one requires them to engage in the public sphere. They do so at great personal cost, attracting enemies and subjecting themselves to relentless vitriol and lies from leftists like Jones. They do so because we’re all invested in saving America from socialism.

I agree wholeheartedly with Hoffman here. Each person he named is liberty focused, seeking for Idaho’s executive, legislative, and judicial branches to adhere to the U.S. and state Constitutions.

>> My question: Since when did wanting our state to operate within the bounds of the Constitution become a radical position?

>> Answer: That stance is only radical if one supports a big government / Marxist / globalist position.

The people Hoffman listed in that last paragraph all stand against statism and top-down, authoritarian government. Conversely, judging by the words and actions of Jim Jones and Brad Little, they love big government. Consider Brad Little. He claims to be a conservative, but in the three years he’s been in office, Little has raised the state’s annual budget nearly 50%.  That’s not exactly conservative. But again, like all addicts, our power-addicted governor will offer some contrived reason why it was all so necessary.

Little also said that unlike “blue” states, he never shut down Idaho during the “pandemic.” Another lie, and a blatant one, at that. Several thousand business owners were forced to close their doors – many permanently – because of Little’s lockdown.

Jones and his groups like ‘Take Back Idaho’ claim that IFF is dangerous for Idaho. Let’s be clear: No, IFF is not dangerous to Idaho. Jones keeps leaving stuff off his sentences. What he really means is IFF is dangerous to the backroom deals and the globalist agenda silently sneaking into Idaho as a result of either (a) legislators who are blind to what is really going on or (b) legislators who are complicit with working backroom deals that do not support freedom and liberty in this state.

Think of it this way. They want IFF shut down for the same reasons that cockroaches hate it when the light is turned on.

For the record, the IFF’s system of evaluating and rating all legislation is not a secret. They use an objective set of questions to determine if legislation is good or bad for freedom and liberty, not only for the people of Idaho, but also for the State of Idaho as a governmental entity. The explanation of the Idaho Freedom Index Rating System can be viewed here. Multiple people are involved in the evaluations, so no score is ever unilateral.

Jim Jones and ‘Take Back Idaho’ do not like that all legislators can now learn how legislation will impact us, so they lie and say IFF is radical and dangerous for Idahoans. I encourage all readers to read the rating system for yourself. Then readers can determine for themselves whether or not IFF’s questions are solid or radical.

If you’ve not yet read Part 1, read it here. But bottom line, Jim Jones and Brad Little are lying to Idahoans.

They know it. Wayne Hoffman knows it. I know it. And now you know it, too.

Subscribe for free to True Idaho News so you don’t miss a thing. You’ll receive a weekly email with links to all the stories published the previous week. Your cost: Nothing.