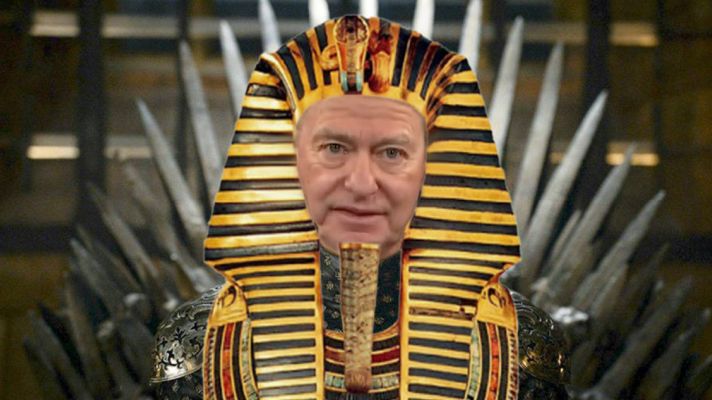 Little called McGeachin’s actions an “irresponsible, self-serving political stunt” and “an abuse of power,” adding, “This kind of over-the-top executive action amounts to tyranny—something we all oppose.” Little said, “the significant consequences of the Lt. Governor’s flimsy executive order require me to clean up a mess.”

I’ve read about this kind of thing before. About 3,400 years ago, a guy named Moses was the executive champion of his constituents who really wanted their civil rights restored. But there was another guy named “Pharoah,” who was the chief executive government official, and who was not the least bit interested in hearing Moses’ pleas on behalf of his “deplorables.” Pharoah thought he knew best for Moses’ people, although they begged to differ. Moses’ people wanted to decide for themselves.

Moses talked to Pharoah a lot, trying to convince him to let Moses’ people live their lives without government oppression. One day, Moses was so frustrated with Pharoah’s obstinance, Moses told Pharoah, “let my people go,” but Pharoah was having none of it. Moses was patient, and when the opportunity presented itself, Moses restored his people’s civil rights. When Pharoah figured out that Moses had outmaneuvered him and freed the people, Pharoah threw a fit and did what he could to reverse their freedom. If you know the rest of the story, you know it didn’t work out well for Pharoah.

News reports at the time say Pharoah called Moses’ actions an “irresponsible, self-serving political stunt” and “an abuse of power,” adding, “This kind of over-the-top executive action amounts to tyranny—something we all oppose.” Pharoah also muttered something about having to “clean up a mess” that Moses created.

Just as I’ve never understood how Pharoah could be mad at Moses for wanting his people to be free, I cannot understand how Little can claim freeing people from government mask mandates is “over the top tyranny.” Little’s argument makes sense only if McGeachin had issued an executive order forcing people to wear masks. But how does Little equate restraining government with tyranny?

Little said something else I just don’t get. Little said McGeachin’s executive order “runs contrary to a basic conservative principle—the government closest to the people governs best.” But no decision maker is closer to the people than the people themselves. And when it comes to personal health decisions like wearing a mask, I ask why government needs to be involved at all. The truth is that each person will make a better choice about his health than any bureaucrat regardless of whether that bureaucrat makes the choice at a local, state, or national level.