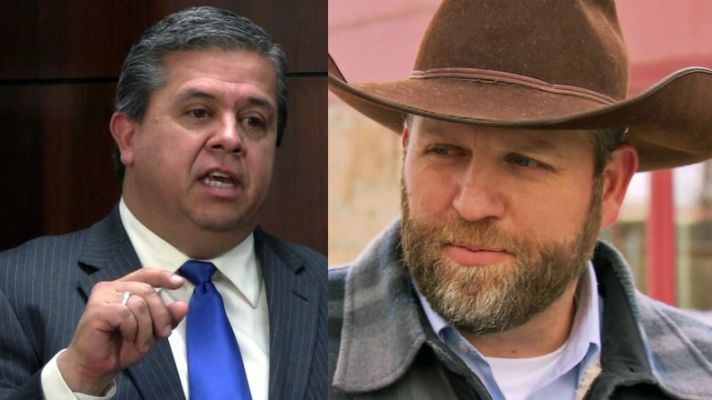 In a unique move, Idaho Republican Party Chair Tom Luna issued a press release on June 4, stating, “Ammon Bundy is not suited to call himself an Idaho Republican let alone run for Governor of our great state.” Luna was not shy about stating what he perceives to be Bundy’s sins, and even made the unsubstantiated claim that Bundy wishes to “divide” the Republican party.

True Idaho News reached out to Bundy for a response to Luna’s statement saying he was not suited to run for Governor.

“I have not announced,” Bundy said. “I filled out a form online, and now Idaho’s Republican party leadership is losing their minds.”

Bundy continued, saying, “On June 19th I will be making an announcement at 4 pm at Kleiner Park [in Meridian]. Everyone is welcome, even Tom Luna. I’ll even give him the microphone, and I will give him 20 minutes so he can tell the whole crowd why I should not be part of the Republican party.”

Luna’s announcement led to an abundance of comments on social media, most of them critical of Luna. “Will you be doing this for other candidates that do not uphold the Republican Party Platform?” asked Facebook user Glenneda Russell Zuiderveld. “If you do not, I find this hypocritical and further cause a lack of trust in the party.”

Facebook user TK Marie was similarly critical. “A candidate for Governor does not have to be a registered voter,” she said. “Luna and the establishment RINOS need to read the Idaho Constitution, Article 4, Section 3.”

Facebook user Tim Thompson said, “Who the hell is Tom Luna? I don’t support many things that Bundy might have said or done, but the only thing that can stop him from running is if he’s not an Idaho resident.”

Another comment pointing out hypocrisy came from Facebook user Rick RW, who said, “The Idaho Republican Party will never criticize [Governor] Little when he bans gatherings and orders churches closed, but the party will issue a statement condemning Bundy. Absolutely pathetic.”

In January of this year, State Representative Chad Christensen (R-Dist. 32) drafted seven articles of impeachment against Governor Little for actions he took in 2020. “The governor has violated the 1st, 5th, and 14th Amendments to the U.S. Constitution,” Christensen said. “The governor also violated Sections 1, 2, 4, 10, and 13, Article 1, of the Idaho Constitution.” Despite the evidence against the Governor, the effort went nowhere. Brent Crane, Chair of the House State Affairs Committee, refused to allow the articles to have a hearing.

Here is the content of Tom Luna’s press release, in full:

“Last month, I reaffirmed the Idaho Republican Party’s stance in the upcoming 2022 primary elections. We will be fair and uniformed for all registered Republicans running for office, and we will keep that commitment. Recently, it has come to our attention that Ammon Bundy intends to declare his candidacy in the Republican primary for the Governor of Idaho, and this warrants a response.“

“First, Mr. Bundy is currently not registered to vote in Idaho, and he is not even registered as a Republican. Furthermore, we do not support his antics or his chaotic political theater. That is not the Idaho Republican Party, and we will not turn a blind eye to his behaviors.“

“To be clear, I was elected Chairman of the Idaho Republican Party to unite all Republicans to share and celebrate conservative values and preserve our traditional way of life. Conversely, Ammon Bundy wishes to divide our party, openly supports defunding the police, and has known alliances with the radical factions of the Black Lives Matter (BLM) movement.“

“Republicans are the party of law and order, and Ammon Bundy is not suited to call himself an Idaho Republican let alone run for Governor of our great state.“

Bundy also told True Idaho News, “I’ve never asked for anything from the Republican Party, and I never will. I do think the Republican Platform – as it appears in print – is the closest platform that I agree with. I don’t believe the party lives up to their platform. I know Governor Little certainly doesn’t live up to the platform. I know [House Speaker] Scott Bedke does not live up to the platform.”

Commenting on the fact that Luna issued the press release, Bundy said, “Why would they care about me if they didn’t think I was some kind of threat?”