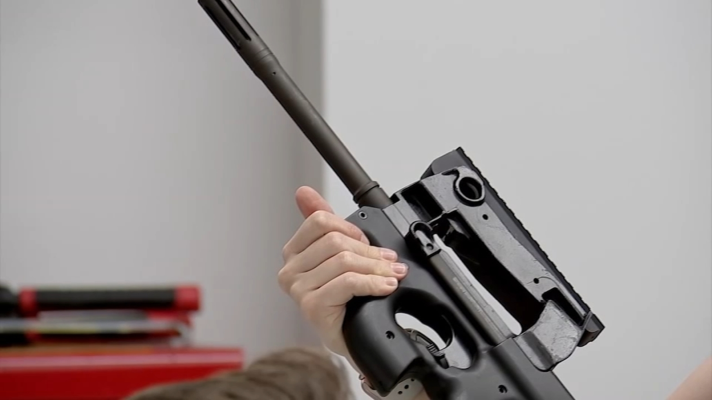 The Biden White House issued an announcement on April 11 stating it is taking additional steps to combat gun crime. Biden and the Attorney General’s office are issuing what they’re calling a “final rule” in an attempt to “rein in the proliferation of ‘ghost guns.’”

According to a press release from the White House, “This final rule bans the business of manufacturing the most accessible ghost guns, such as unserialized ‘buy build shoot’ kits that individuals can buy online or at a store without a background check and can readily assemble into a working firearm in as little as 30 minutes with equipment they have in their home.”

Rule are Not Laws

The executive vice president of the Second Amendment Foundation, Alan Gottileib, said, “We do not believe that the Biden Administration has the legal authority to redefine what a gun is. Only Congress has that authority. This is a blatant attempt to usurp the Constitution.”

Congressman Thomas Massie also spoke out about Biden’s new rule. “The Constitution does not authorize the federal government to prevent you from making your own firearm,” Massie tweeted. “This is a fact that has been recognized for 200+ years. Also, Article 1 Section 1 (literally the first sentence in the Constitution) says Congress makes laws, not POTUS!”

All over social media, Constitutionalists are quoting the 2nd Amendment: “A well regulated Militia, being necessary to the security of a free State, the right of the people to keep and bear Arms, shall not be infringed.” The sentiment expressed by many online readers is similar to, “What part of ‘shall not be infringed’ does Joe Biden not understand?”

The now famous Supreme Court case of Marbury v. Madison sets the standard. It says that any law that runs contrary to the Constitution is null and void. With that, it should be noted that Biden’s order is not a law.  The White House and the Justice Department both refer to the proclamation as a “final rule,”

Psychologically speaking, the “final rule” phrase is clearly designed for American to believe it’s a done and settled deal. Nothing could be further from the truth.  As was learned by many during the “Mask Rules” that were put in place last year during the manipulative actions of various states and municipalities, rules are rules, not laws. Rules do not have the force of law.

One online group is suggesting Biden’s “final rule” is a piece in the puzzle leading to the World Economic Forum’s “Great Reset.” Their reasoning is that for the WEF to succeed in that venture, patriotic Americans will be need to be disarmed, and Joe Biden has openly spoke about his support for a New World Order.” Regardless, if the people and Congress acquiesce to Biden’s “rule” and the public views it as a “law” and believes it to be enforceable, it would create a precedent for top-down authoritarianism that extends beyond the legal purpose of the  country’s executive branch That would mean that America’s Constitutional form of representative government no longer exists.