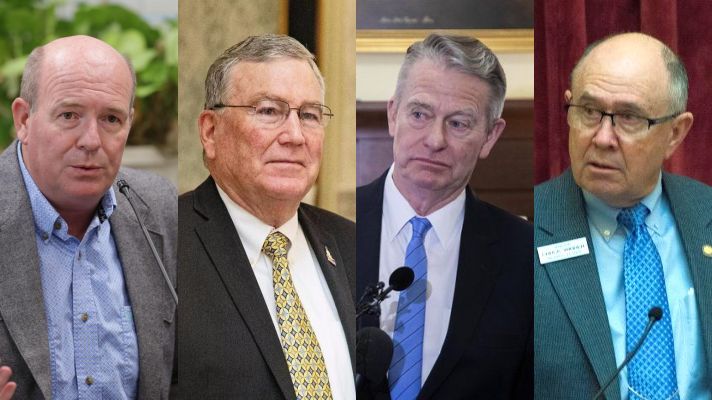 Some people love power more than most, and many of Idaho’s longstanding state officials appear to be among them. Currently, 16 states have laws in place restricting the amount of time a person can serve in their state’s legislature. Idaho used to have such a law. In 1994, 59% of Idaho’s residents voted for term limits. Four years later they reaffirmed that decision via an advisory question on the ballot.

However, three years after that, Idaho’s state legislators sued Idaho voters to get that ballot measure overturned. They rightfully lost. In 2001, the Idaho Supreme Court found that term limits were, indeed, constitutional.

What did our legislators do? A year later they selfishly rejected the will of the people and voted to repeal the term-limit law that the citizens of our state overwhelmingly supported. Then-Governor Dirk Kempthorne (R) vetoed their repeal legislation, but his veto was overridden both in the House (50-20) and the Senate (26-8). Enter, once again, the career politicians.

Payoffs for the Power Hungry

Who were among the sitting legislators who voted to repeal the will of the people in 2002?

For our upcoming 2023 session, the new Speaker is none other than Mike Moyle, who was elected to the House 24 years ago and has been Majority Leader since 2006.

Scott Bedke recently finished his 22nd year in the Idaho House, with the last 10 of those years being Speaker. Bedke was recently elected Lt. Governor, and he got to that spot by doing a wonderful job misrepresenting (some might say lying about) his primary opponent and spreading false information about her.

Brad Little managed to get appointed to the Senate in 2001 and then appointed to the Lt. Governor’s office in 2009. Re-election in those offices occurred through the power of incumbency. The only position to which Little was not initially appointed was governor, and even then he won only because Tommy Alquist played the spoiler in the 2018 gubernatorial race (some say he was recruited) to take votes away from Raul Labrador.

Some former legislators have quietly confessed to this writer that after three or four terms (6 – 8 years) of serving in the House or Senate, their mindset started changing. Instead of considering legislation in light of what was best for the people of Idaho, they began giving more consideration to how legislation would impact state agencies and big corporate donors. Or, worse yet, what was in it for them.

This isn’t true of every legislator who’s been in office a long time, but an examination of voting records among legislators shows the trend is more the rule than the exception.

The Addiction of Power

It has been reported to this writer by Statehouse insiders that that some committee chair and vice-chair positions were “awarded” in exchange for voting certain people into leadership positions.

And, despite him moving over to Idaho’s executive branch, it has been reported that Scott Bedke was closely counseling Speaker Moyle on who should hold which committee chair and vice-chair positions. It is alleged that the Executive Branch worked closely with Senate Pro Tem Chuck Winder (in office since 2008) and Speaker Moyle to structure committees in a way so that legislation brought by conservatives would have a difficult — if not impossible — time making it to the Governor’s desk.

Yes, even in down-home Idaho, those elected to represent the will of the people and then execute those laws in a straightforward manner are jockeying for power and prestige. Some even thrive on it. Many of us would prefer that the people selected by their neighbors to “re-present” (to present again) the views of their constituents would be more interested in achieving the true will of the people. But alas, for some, achieving and maintaining power and control is more important.

The upcoming legislative session (2023-2024) will be Mike Moyle’s 25th and 26th year in Idaho’s House. After looking at how House Speaker Moyle and Senate President Pro Tem Winder structured their various committees, one must wonder just how much they are looking out for the interests of agencies and special interests – and maybe for themselves as well as for Scott Bedke and Brad Little – instead of the will of the people.

This much I know: More people are watching than ever before.