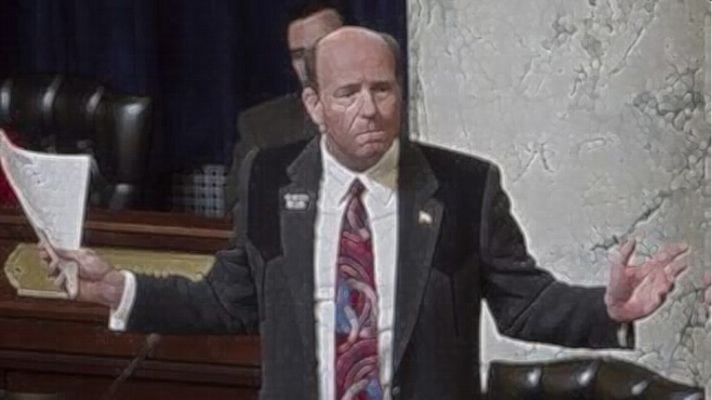 Editor’s note: No matter the industry, people in leadership positions act with plans and purpose, especially in political circles. An examination of the value systems of those assigned to the House’s committees compared to those in the corresponding Senate’s committees shows an interesting pattern … one that is very unlikely to have occurred by accident. This Op-Ed by Idaho Freedom Foundation president Wayne Hoffman shows that Hoffman has picked up on this, and sees the potential ripple-effects. At question is how much former Speaker Scott Bedke had his hand in these decisions, but that’s a topic for a different day.

(This article by Wayne Hoffman originally appeared on the Idaho Freedom Foundation website under the title, “Moyle’s JFAC Stunt Grabs Headlines, Covers For Leftist Committee Composition” and is reprinted here with permission from the author.)

I guess we’re all supposed to be impressed that newly minted House Speaker Mike Moyle decided to cut the number of Democrats on the House Appropriations Committee by one, leaving a solitary minority party member on the panel.

“Moyle ignites partisan battle after being sworn in as speaker; tells Dems he wants to cut their JFAC seats by half,” screamed the headline in the Idaho Press last week.

This is all part of the political theater that is the Idaho Statehouse. It’s designed to make Moyle out to be a hero to Republicans, taking advantage of the fact that their number increased slightly in the House of Representatives. If it were only so simple.

In reality, the new nine-GOP-member Appropriations committee is no more conservative than the one that had eight. And when paired with the Senate Finance Committee, which meets jointly with its House counterpart as JFAC, it’s even less consequential. JFAC is still quite left-leaning, although there appears to be more conservatives — about five — on the 20-member committee than last year, when the count was only two.

By our count, Moyle has sufficiently dispersed conservatives among the House’s committees such that the only committee in which conservatives make up a majority is the House State Affairs Committee. That will allow the House to pass headline-grabbing legislation dealing with everything from abortion to transgendersim, but that’s about as far as the legislation will go. The Senate State Affairs Committee will sit on it.

The Senate has more conservatives than it has in recent history — perhaps ever — but Senate Pro Tem Chuck Winder saw to it that the only committee on the Senate side that leans conservative is the Senate Education Committee. That’s great as far as it goes, but any education reforms passed by the Senate will face a tough battle in the House Education Committee, which Moyle kept populated with lots of leftist Republicans and Democrats. It may be enough to make passage of universal education choice legislation challenging at best, impossible at worst. His selection of an anti-education choice chairman in Julie Yamamoto also betrays his real intentions.

Democrats are squawking about their loss of a seat on the House Appropriations Committee because, politically, they must. But Democrats know the score, and they’re as happy as they can be under the circumstances. They know they’re not terribly worse for wear, and the budget committee will likely still pass budgets that freely spend taxpayer money.

The makeup of the Legislature’s committees are designed to keep the status quo, regardless of the gains made by conservatives in the last election. Little’s leftist agenda will face sporadic opposition, and anything that runs counter to his narrative and his objective will have little mobility in the halls of the Capitol.

Party affiliation does not matter. On paper, Moyle’s move serves to show Republicans he’s in their corner. But in totality, at least so far, he’s demonstrating lack of interest in moving a conservative agenda that would benefit Idahoans.

This article by Wayne Hoffman originally appeared on the Idaho Freedom Foundation website and is reprinted here with permission.