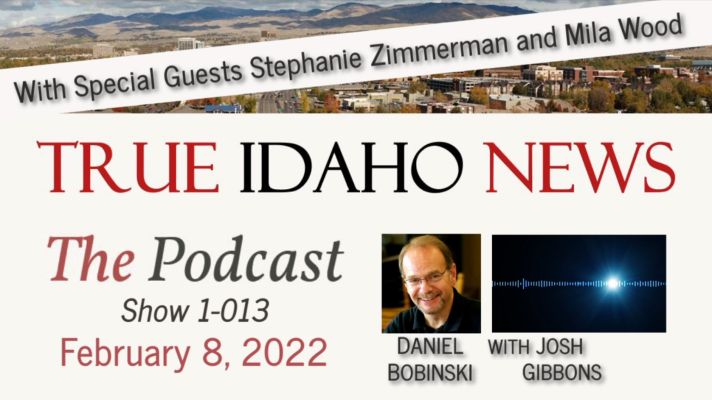 School choice is soon to be a hot topic at the legislature. In this podcast, regular hosts Daniel Bobinski and Josh Gibbons are joined by Stephanie Zimmerman and Mila Wood, founders of Idahoans for Local Education.

On Feb. 7, Education researcher Corey DeAngelis gave a presentation in Boise (hosted by the Idaho Freedom Foundation) called “Fund Students, Not Systems.”  The push in this movement is for money to follow students and allow students to spend that money at a school of their choice.

Zimmerman and Wood pointed out that nothing has been presented to the legislature so we don’t know what will be in the bill, but the concern came up that follows the standard government practice that “with shekels come shackles.” In other words, if a school takes a student who is using a voucher or coupon for “government” money, will the school be required to teach according to federal standards, such as Common Core?

Other education topics include the recent resignation of the Nampa Superintendent. Assistant Superintendent Greg Russell is filling the position through the rest of the year. It should be noted that several seats on the Nampa School Board were won in this last election by conservative citizens.

Also, reports say that Idaho will need 100 new schools before the year 2030. With Idaho being the fastest growing state in the nation, this will be needed. However. Mila Wood suggested that to preclude established residents having to foot the bill for building new schools, growth should pay for itself. For examples, impact fees will need to be re-examined, and urban renewal zones should be minimized, as they eat up resources.

Zito appeared on Bobinski’s Keep the Republic TV show this past week to discuss the issue. The show can be seen here.

Brad Little has regularly followed the recommendations of the National Governor’s Association instead of looking out for the rights of Idahoans. The NGA has agreements with the World Economic Forum, which was founded by Klaus Schwab, author of The Great Reset. Idahoans deserve a governor who looks out for their interests, not the interests of globalists who are sucking up power and tax dollars while everyday Americans get sidelined.

If you like what you read at True Idaho News, consider supporting our work. Visit www.TrueIdahoNews.com/support to see the various options.