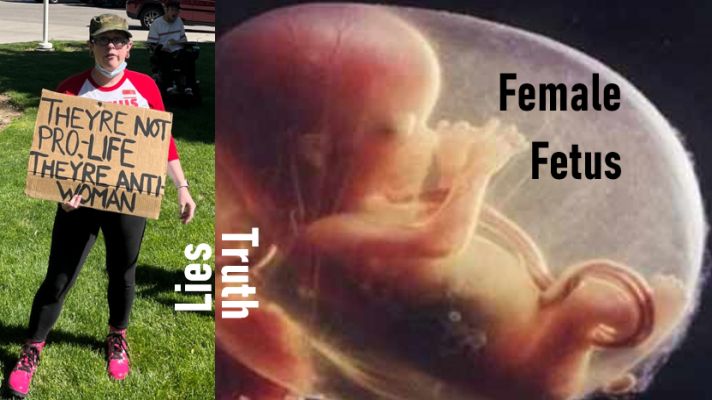 From the Editor: It is highly likely that the Boise City Council will consider a resolution on Tuesday that would instruct the city’s police department as well as district prosecutors to NOT enforce Idaho’s law banning abortion.

As has been stated previously at True Idaho News, a police chief serves at the pleasure of a city’s mayor and it’s his or her job to enforce the policies of the city municipality, which is a corporation. Stated another way, a city’s police department is, in essence, enforcing the policy of the municipality. On the other hand, a County Sheriff is not obligated to follow the instructions of a city mayor or city council if those directives do not align with the State or Federal Constitution. This is where the term “Constitutional Sheriff” enters our vocabulary. A sheriff is elected directly by the people and is supposed to enforce laws that align with the State and Federal Constitutions. A sheriff that does not (or will not) do that is not a Constitutional sheriff.

The following article first appeared on the Action Idaho website and is reprinted here with permission.

When U.S. Supreme Court overturned Roe v. Wade a few weeks ago, states could pass laws and enforce laws against abortion once again. Idaho was prepared for the overturning of Roe with a trigger law. Idaho’s law establishes a felony called “criminal abortion” for anyone who performs an abortion. Police would then be charged with investigating and arresting abortionists for performing “criminal abortions.” District attorneys would be charged with prosecuting the laws.

Boise’s city council will debate a resolution—likely on Tuesday of this week—that would direct law enforcement to other priorities aside from enforcing and prosecuting Idaho’s “criminal abortion” law. If the Boise City Council’s resolution passes, the city will not prioritize police resources or district attorney time to investigations that might lead to the prosecution of abortion providers. The city will not use money to keep records about performed abortions or attempts, unless required by state or federal law. The city will not share information with other agencies on abortions or with those conducting abortion investigations. Boise would become a sanctuary city for abortion, where abortions would be illegal but the law would not be enforced.

“The City of Boise values the rights of residents to have autonomy and privacy in their health care decisions,” according to the resolution. “The resources of the City of Boise must always be dedicated to the safety, health, and well-being of its residents.”

This portion of the resolution mirrors Mayor Lauren McLean’s statement about the U.S. Supreme Court’s overruling of Roe. “This decision by the Supreme Court will have devastating consequences on the health, privacy, & economic independence of women throughout our community, state, and nation,” twittered out the Boise Mayor.

Boise’s reaction is in a long line of nationwide efforts to undermine abortion restrictions. Wisconsin has an effective ban, just like Idaho, for instance. Gov. Tony Evers of Wisconsin has pledged clemency to any abortion provider prosecuted for performing abortions. Various county district attorneys in Wisconsin like John Chisholm of Milwaukee County, a Soros-backed DA, have vowed never to prosecute abortion providers. If Wisconsin law enforcement will not investigate and Wisconsin district attorneys will not prosecute, Wisconsin’s ban will exist only on the books, but abortion remain effectively legal in the state.

The same thing could happen in Idaho, but there is an Idaho difference. While Wisconsin has a radical pro-choice, pro-Roe governor, Idaho has a self-professed pro-life governor and pro-life super-majorities in the state legislature. State legislatures have several levers to end sanctuary abortion cities. They could limit state assistance to cities who refuse to enforce state law. They could pass laws preempting a city resolution if it goes into effect. They could revise the charter of city and county government.

The showdown on Tuesday in Boise’s city council will reverberate throughout Idaho. Only a systemic reaction by Idaho’s political establishment would put an end to Boise’s lawless ambitions to be a sanctuary abortion city.

This article originally appeared on the Action Idaho website.