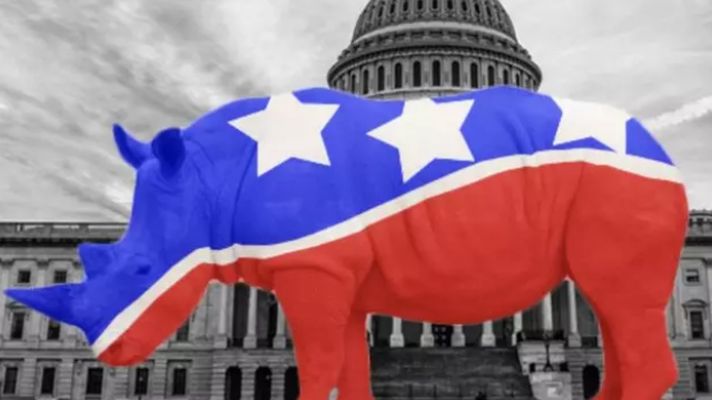 Editor’s Note: In this guest Op-Ed by Redoubt News editor Shari Dovale, we learn that those who put an “R” after their names do not always stand for Republican Values. The True Idaho News editorial board wholeheartedly agrees with Dovale, and believes people should be aware that in Idaho, people seeking a Republican seat do not always subscribe to nor support the values and principles spelled out in the Idaho Republican Party Platform.

The term “RINO” means “REPUBLICAN In Name Only” and is a common and shameful term used by conservatives that believe someone from their party has fallen short of their political ideals. It is generally reserved for liberal-leaning politicians that favor any sort of tax increase.

The first RINO is said to have been Teddy Roosevelt, who began as a Republican but later formed the Progressive Party, a forerunner of today’s Extremist SQUAD.

The term “Me-Too Republicans” took over for a time during FDR’s reign, for they would say “me too” on most of Roosevelt’s New Deal policies.

The term RINO was much easier, and Republicans made a showing of cleansing their party with the election of 1992 when they helped Bill Clinton oust George H.W. Bush for violating his no-new-taxes pledge.

Today, more centrist members of the Republican Party are winning the nominations throughout their party, from national elections down to the local races. These moderates embrace their status by calling themselves “Reasonable,” believing it is important to compromise with the Left, as they have made the fear of being called an “Extremist” a mainstream mantra.

Conservatives are not extremists. Their politics have not changed. They have always supported the Constitution and favored lower taxes and smaller government. Societal evolution by the Democrats in power, aided by the moderates in the Republican party, have morphed beliefs that everyone must “go along to get along.”

Some call this a RINO-virus and is “spread through weak and unethical Republican politicians who selfishly place their own personal gain over their constituents. This character flaw cascades from the federal level down to local municipalities. The spread is directly linked to a lack of political accountability and media cover-ups.“

These traitors to their constituents, party, and country are working to undermine the strength of the GOP from within. The GOP, on the other hand, knows this and generally allows it. The platform for the party says one thing, yet there are too many endorsed candidates that do not accept this platform.

How do you determine who is a “Reasonable Republican”?

The “Reasonable Republican” might say they are ‘Pro-Life’ but refuse to vote for a bill that authorizes sanctions. Ask them: Do you believe abortion is murder? Is murder a crime? Should anyone that commits this crime be punished?

This compromising candidate might tell you of their A+ rating with some gun group, but neglect to mention they believe the government should protect those “at risk” by taking their guns.

Did this person wear a face mask unnecessarily? Did they take a Covid-19(84) mRNA vaccine? Do they talk to you about how serious this “disease” is, but do not wonder what happened to the flu?

They will tell you that we should take and spend the federal ARPA money because “if we don’t then someone else will.”

The “Reasonable Republican” is not afraid to compromise. They are not afraid to work with the Left to advance their own agenda. This means that they will compromise YOUR values instead of their own as compromising politicians do not have any values worth fighting for. They would betray the trust of those who voted for them. To these traitors, being an American is just a box to check on a form. There is no love for country, or loyalty to those that elected them.

They are the establishment. They are any Republican that doesn’t stand up for medical freedom and the God-given rights of life, liberty, and property.

They are members of groups like DART (Democrats and Republicans Together). Samantha Collins of Idaho Tribune tells us:

The group, DART, explains its motivations are opposing so-called “extremists” embedded within the Republican Party — ignoring the documented rise in left-wing radicals making their way through Idaho with excessive ease.

They might also be supported by North Idaho Voter Services, an extremist group seemingly developed to unseat the conservative hold in North Idaho. See who they support here: https://northidahovoterservices.org/news/

Another compromising group is North Idaho Way. They have been described as focusing their efforts on “middle-of-the-road” voters. It was recently confirmed that the group discussed leaving God out of their founding documents, so as to not offend non-Christians. Founding members include (from their bylaws):

* Charter members are the founding members of NIW, Inc.

And let’s not forget the Idaho Conservatives, a group trying to proclaim their conservative bonafides all while projecting their hate for “far-right extremists.”

This list is certainly not all inclusive, but it is not hard to find these “Reasonable RINO Republicans.” All you need to do it stick to your beliefs and be unwavering in your values. These compromising politicians will find you. They will seek you out in their quest for votes.

They will try to explain that compromise is how the world works. You might be strong on farming bills, reducing taxes, stopping Article V changes to the Constitution, or another equally conservative issue, but the not-so-conservative candidates, or Reasonable Republicans, will try to convince you that it is important to work with the Left on them.

Or they will lie to you. They will agree to everything you describe, but vote against the issue after they are elected.

For further examples, look at some of our current and most well known Idaho RINO’s:

Don’t be fooled. Don’t get caught up in today’s Radical Leftist Ideology and compromising immorality. Remain steadfast to your faith and God will see us through.

True Idaho News is supported by our readers. Take a look at our support page and consider supporting our work. Thank you! 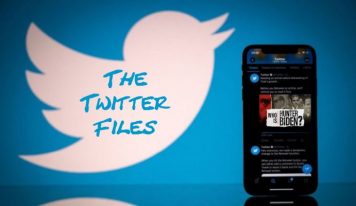