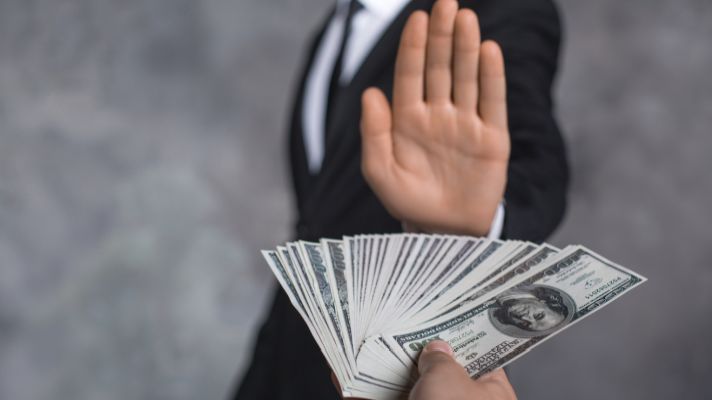 Editor’s note: The column below first appeared at Redoubt News and appears here with permission. The letter explains why taking “federal” money is dangerous, because any entity taking the money will be required to follow all executive mandates. Every state is guaranteed a republican form of government, and in the coming weeks and months we will be explaining more about that in these pages — as well as the differences between Cooperative and Dual Federalism. But for now, know this: The problem is that the legislature of the United States has abdicated much of its constitutional authority to the executive branch, and the executive branch has been steadily encroaching on states’ rights for decades. APRA, the “American Rescue Plan Act,” is a fast-track to federal control over local governments.

The recent plandemic (and yes, that’s what it is) has been used to encroach executive branch control even more. One of the biggest “gotcha” games has been APRA funds. ARPA provides “Covid relief funds” to state, local, and tribal governments. What the federal government is not making clear is that strings are attached – strings that are leading the citizens of Idaho into places they would not go if they knew the ripple effects.

Redoubt News has been doing a series of articles on the danger associated with APRA funds, and we strongly recommend you read them.

An Open Letter to County Commissioners, City Councils and Mayors
RE: ARPA Funding

Taking federal funds is a trap. Please don’t fall for the bait.

It is our freedom which is at stake and it’s not for sale.

By taking the money you are agreeing to Federal dictates over our lives and property. This is something that you promised not to do when you took your oath of office to defend and uphold the Constitution of the United States.

The 10th Amendment is very clear on this. By taking ARPA money you are agreeing to rule by federal decree which is exactly the reason for the Revolutionary War and the subsequent writing of the Constitution.

The very first article of the Constitution vests all lawmaking Authority in the Congress of the United States. It couldn’t be any more plain that none of it is in the executive branch. Read it for yourself You only have to read the very first article to decide what to do with your” free” money that requires you to follow executive orders and all other Federal rules and regulations.

You should be able to figure this out all by yourselves without even consulting an attorney. If you’ve already taken the money it’s your duty and obligation to send it back and say “thanks, but no thanks.”

True Idaho News is supported by our readers. If you find value in what you read in these pages, please consider supporting our work. The Support page shows multiple ways you can do this. Thank you in advance!