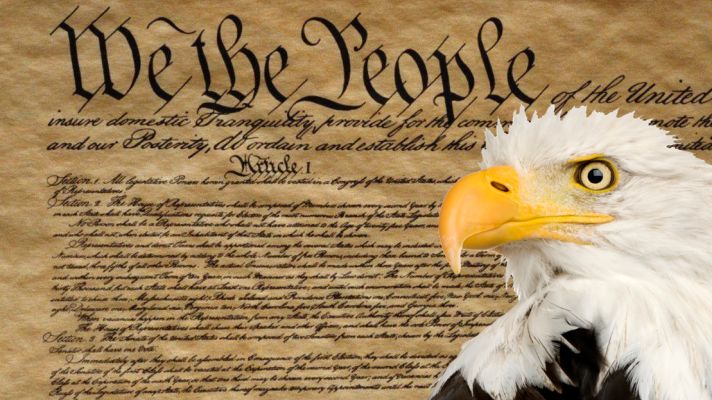 I believe in the Constitutional principles of the United States of America, and I believe we should diligently labor to conserve the gift of Liberty our fore-father’s attributed to ‘divine Providence.’

In fact you might say I’m conservative – but I am not a Republican.

At least, that’s not how I would describe myself due to the fact that I have never affiliated myself with the Republican Party, despite my interest and activity in politics.

In fact, my approach to politics is simply a citizen’s approach – one which, among other things, includes the repudiation of any partisan political system.

To be honest, I’m acknowledging the unpleasant realities of our current political situation, but I also see hope on the horizon as I take a citizen’s approach to modern politics.

Before you begin to think I’m politically ‘moderate,’ or someone stuck in the middle of the political road or undecided about the direction our legislative governance should be going, let me clarify a few things about my personal point of view.

I take issue with the organizational structure of political parties in general, which, simply put, are shadow governments who take turns hijacking the reins of our state and national governments.

If you disagree with this evaluation, I ask you to seriously answer this question: ‘Who controls our Congress at the moment?’

If our answer to this question is anything other than ‘the voice of the People,’ we are admitting to the usurpation of our government.

Most people answer that question saying either ‘Republicans’ or ‘Democrats’ – depending on the year. There is no way around it. If one party has 51 out of 100 votes in the Senate or 218 out of 435 in the House, they control that entire legislative body.

No one with any political savvy would deny that in 2022, the Executive Branch of our national government is controlled by the Democratic Party – and like the Republican party, the Democrat party is a network of collaboration and coordination made up of sitting Senators and Representatives, certain Judges on the Supreme Court, and even retired chief Executives.

I can make this claim with confidence because it is apparent that Joe Biden himself is in no condition to govern the most powerful nation on Earth.

Thanks to a series of disastrous public appearances, it has become obvious that behind the scenes, the authority of our current “Commander-in-Chief” is manipulated from the shadows by the highest leadership of the Democratic party.

Of course, many criticisms can be levelled against the platform and leadership of the Democratic Party, but it is not my intention at the moment. Perhaps we can save that dialogue for another day.

In this article, I simply mean to point out what we already know: which is that political parties strive to place people in government offices so they can wield the power and authority of our legitimate government in the service of their own ends.

This is common knowledge.

The same general criticism I have made against the Democrats can also be applied to portions of the Republican Party.

In fact, over the past few months, Idaho has seen some of the prophetic perils articulated by George Washington made in 1789.

In the 2022 primary election cycle, the two most powerful politicians in Idaho – Brad Little and Mike Simpson – refused to participate in public discourse with their political opponents – and they got away with it.

Subsequently, on May 17th, Simpson and Little coasted to victory on the back of Idaho’s Republican GOP, which has “in the course of time and things, […]become [a] potent engine by which cunning, ambitious, and unprincipled men [have been] enabled to subvert the power of the people and to usurp for themselves the reins of government, destroying afterwards the very engines which have lifted them to unjust dominion.” (George Washington’s Farewell Address, 1789)

Debating in the primary election season is a critical part of the political “engine” which placed these two Republican leaders in positions of power in the first place.

Working in tandem, both Governor Brad Little and Congressman Mike Simpson demonstrated open and intentional contempt for Idahoans who stepped forward to participate in an election process. They publicly disrespected the very same process that lifted them to power in years past.

This is unjust dominion.

In speaking of a citizen’s approach, I don’t mean to convince anyone to abandon a pragmatic and practical approach to understanding politics – one which factors in the realities of overwhelming partisanship.

I simply mean to point out the awful situation in which we currently find ourselves.

That anyone would be scratching their heads over the problem of severe polarization in our nation is almost laughable, especially when the history of America’s political development has been largely defined by an adversarial system of partisan conflict.

What did we expect? Really, what could anyone expect from such as system?

Did past generations suppose that our two-party system would unify the nation, preserving the citizen’s sense of comradery, companionship, and friendship through common standards of Liberty and Judgment?

Such a conclusion is irrational and disingenuous. A fundamentally adversarial system can only divide – that is its purpose.

It would be difficult for anyone to make the serious claim that our individual or collective benefit in America is best served through non-constitutional combinations of authority in 2022.

Can anyone deny that the primary purpose of our political party system is for each party to channel money and influence certain of its members, in order to enmesh legitimate seats of government into the persuasion and control of their party’s “leadership?”

Even social studies textbooks in elementary school explain how political parties effectively take the reins of government into their own hands by majority rule. What seems to be absent from our education is the informed condemnation of what our two-party system has become.

For example, I disagree with those who characterize modern partisanship as a balancing act between different priorities of representation.

To say the Democratic party exists to give voice to the poor and disenfranchised is a hollow and vain description of an entity rife with competing interests and possessed by an insatiable hunger for power.

The coordinated Left is a vessel of confusion and distortion, crafting legislation which seeks to enshrine surgical fantasies of transgenderism or gender fluidity in place of virtue and morality – not through influence or persuasion, but by the force of a dominating government.

To those who take issue with my condemnation of partisanship, I would refer you to both the national (and global) George Floyd riots, and the ‘insurrection’ of January 6th.

…Burning cities and a besieged capital.

This is the consequence of partisan competition, finally come to full fruition. And it is well within our immediate memory.

An actual, physical conflict is already happening in our nation, through the vessels of partisanship.

The Left amassed its ‘soldiers’ in 2020 beneath the joint battle-cry of “Say his name: ‘George Floyd!’ and ‘F*** Donald Trump!’  It wasn’t clear if the protests were for Floyd’s sake or if the protestors were simply venting their rage in retaliation to the election of President Trump.

(This author witnessed and recorded a portion of the George Floyd riots in downtown Salt Lake City. See the firsthand footage here.)

This leftist force of personnel enacted widespread violence and destruction in most major American cities, eventually triggering the gunplay of Kyle Rittenhouse and the casualties of his attackers.

The political right responded with a riot of their own in early 2021 – or rather, as some would say, an ‘insurrection’ in which Ashli Babbitt’s blood was shed on the marble of the US Capitol.

You’ll have a hard time convincing me that either of those primitive armies has simply faded away or somehow quelled their passionate hatred for each other. Partisanship has bloomed into violence, fire, and vengeance – there’s no denying it.

Who Are We Today?

Are you an allegiant to a political party known as the GOP, populated with the leadership of Brad Little, Mike Simpson, and influence from former State Attorney General Jim Jones?

Or are you one of the remaining American citizens who still reveres the Constitution of the United States of America, and the Rights of Liberty which it enshrines for all humanity?

In my mind, the latter is what it means to be a conservative.

Constitutional conservatives are not “radicals.”

We are not “extremists.”

We are not “too far to the Right” on a political spectrum.

Instead, we are devoted to the Constitution of our country and rooted in the true principles of freedom and liberty.

Many of us are determined to maintain the principles of liberty by law in the public square with energy equal to the Founding Fathers. Like them, we believe Divine providence is on our side, having seen its many proofs in our own lives.

Additionally, we are formidable because our cause is just. Moreover, many of us will see the political conflict within America through to the end, according to what the “Supreme Judge of the world” requires of us. (See “The Declaration of Independence; final paragraph.)

To sum up these thoughts, I propose genuine conservatives should refrain from confusing and conflating themselves with a shifting political organization – one which does not reflect their intentions or their values; at least not any longer, and regrettably so.

There is time enough to perform the work of our generation.

And I see hope for the future – if we can adopt a citizen’s approach, fully awaken to a sense of our awful situation and extract ourselves from the clutches of a fatally flawed system of partisanship.

‘A Citizen’s Approach’ is a series of essays by David Helaman Goerg, appearing here with permission.

To support the work you see at True Idaho News, please visit our support page. Thank you! 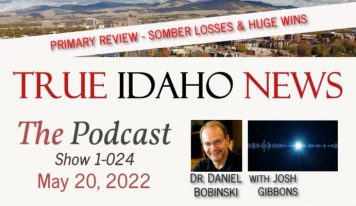 TIN Podcast: Primary Election Review! Some Somber Losses, But Idaho’s Senate Will be Much More Conservative