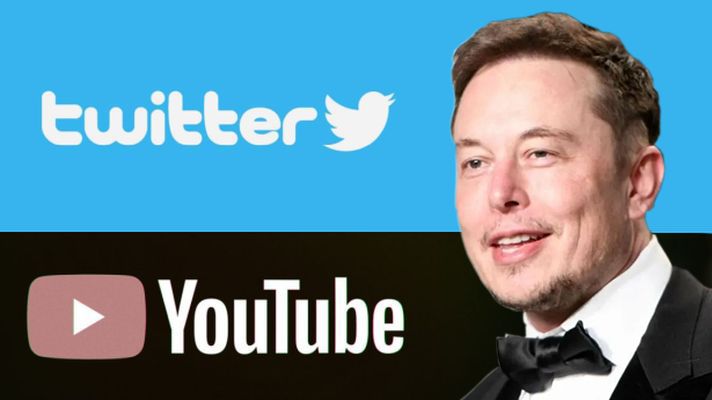 This column originally appeared at MediaRightNews and appears here at True Idaho News with permission.

Tesla CEO and pioneer of many things Elon Musk doesn’t let one tough battle pause him from picking new ones.

In our view, Mr. Musk gives off vibes that he is mild mannered, and that, he probably is. However, one can be mild mannered, even appear timid at times, and still be tough and not to be trifled with in the business world.

Being a “tough guy” in a business sense is much different than being a tough guy from a rough part of town. Being tough in business (or politics) isn’t about how much you can bench or what color your karate belt is, although those things in and of themselves are wonderful aspirations as part of a well balanced lifestyle. Being tough in the sense that we’re highlighting here involves high intelligence, patience, having a plan, and consistent execution of said plan or plans.

Many think Mr. Musk juggles too many things at once, or perhaps spends an excessive amount of time “trolling” on the internet. Time that perhaps could be spent bettering his companies. To the naked eye, these accusations may be believable.

But for someone highly intelligent and eccentric, actions and words are often much more than meets the eye. For example, many left-leaning news outlets continue to claim that Mr. Musk is distracted by his attempt to purchase Twitter. Furthermore, some appear to have drawn a conclusion that he finally “came to his better senses” and is trying to wiggle his way out of the Twitter acquisition with “excuses” about the number of fake accounts. To be clear, we definitely don’t know if Musk is indeed trying to “back out.”

But a lot less speculation from left-leaning headlines seems to point out the more obvious likelihood that Mr. Musk simply wants a better price as the overall equity markets have been obliterated by high gas prices and interest rate hikes. Musk owes it to himself to get answers on bots and get a better price for Twitter if he is legally able to do so. History has also shown us that in recent mergers and acquisitions, other deals have been changes or canceled after the initial agreement due to extenuating circumstances.

We are not lawyers, but most people aren’t, and often judges use discretion when looking at civil cases in our view. This brings us back to distractions. Many leftists don’t actually want Musk to buy Twitter at all.

Whether he does or doesn’t, or potentially gets a lower price in the deal, isn’t really the emotion driving many of these opinion authors. Most of them simply seek to constantly throw shade on someone who wants to offer more free speech to society. This says a lot about the view by many that it is the right which gets the most censored, in the first place.

Alphabet-owned YouTube (Alphabet is also now the parent company of Google) is another platform that many conservatives have accused of unfair censorship beyond what they deem fair or reasonable. Although a couple recent tweets by Musk don’t specify that in particular, we don’t think it’s a coincidence that YouTube is now in his crosshairs. Of course, Alphabet is a much bigger company than Twitter, so we can safely say Musk isn’t thinking about another acquisition.

But perhaps he’s simultaneously reassuring his fans that he is serious about his grievances with Twitter by pointing out something similar with YouTube. Perhaps he wants to reassure folks that despite the complex situation he is in, he is a good faith actor who truly cares about free speech, despite being the richest man in the world.

Becoming the richest man in the first place, by the way, doesn’t happen to people who are easily distracted, which lends credibility to the theory that Mr. Musk knows what he is doing and is playing the long game.

We will see if YouTube’s CEO Susan Wojcicki or a spokesperson responds on behalf of YouTube anytime soon.

See this article by Ian MacDonald on MediaRightNews.com

Ian MacDonald is the editor-in-chief at Media Right News. He’s also an Independent Conservative, a Free Thinker, an America First proponent, and an occasional political activist.

If you like what you find on True Idaho News, check out our support page! You give – and we give back!