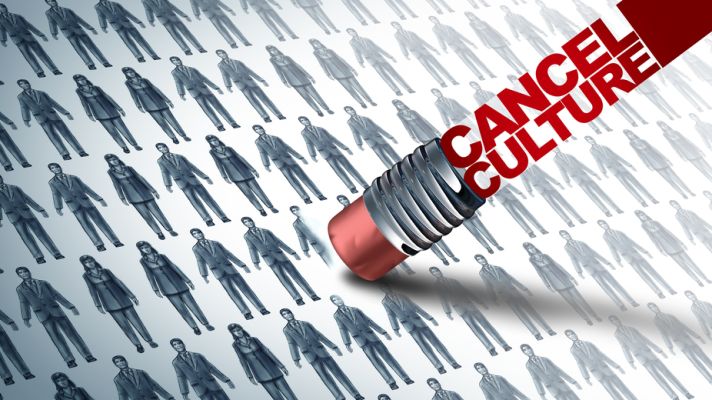 How do we navigate this season of Great Awakening and the embryonic End Times Tribulation, which are two distinct phenomena progressively revealing themselves as parallel events? Navigating this season involves addressing the insanities of our culture as well as dealing with the spiritual component.

The insanity of Cancel Culture

Cancel Culture is but one way the Left indulges its penchant for piledriving people over the most superficial of offenses, all while moving the spotlight away from the very real divisions that afflict us.

Take the recent all-out war on Dr. Seuss. NBC News highlights the presence of “a Chinaman who eats with sticks” in To Think That I Saw It On Mulberry Street. The man is also shown having a pigtail, yellow skin, and slanted eyes. Fact is, people from China do eat with (chop)sticks; reality is, they do have slanted eyes, as opposed to the westerners they refer to as “round eyes.” Truth is, Dr. Seuss wrote the book in 1937, when his depictions were viewed as sentimental nods to childlike imagination – anything but racist – in a world where black people could be lynched for speaking to whites without permission.

Ted Giesel (Dr. Seuss) re-edited Mulberry Street in 1978, removing the pigment and pigtail but retaining the legitimate eye-slant and chopsticks. He also changed “Chinaman” to “Chinese man,” even though there is nothing pejorative about the earlier term. Yet there is no forgiveness, no appreciation of a progressive understanding of racial relations. There is also no reconciliation and no acceptance of goodwill on the part of author and readers that become educated over four decades.

There is likewise no addressing the mammoth progress in race relations in this country, nor ways to address whatever racism still remains – other than to “cancel” people’s existence.

Asian people are no more yellow in color than Euro people are actually white, but it is only in the age of political correctness that these inaccuracies become issues for Asian Americans –  and mere facts of life for Euro Americans. Obsessing over an eight-decades-old children’s book – for or against – glosses over the reality that Asians have been the most likely ethnic group to experience serious bullying (both in schools and out) since the California Gold Rush of the 1840s.

Seuss is also pilloried for publishing more than four hundred cartoons during World War II that pointed to and perpetuated racial stereotypes of Japanese people. This is a legitimate issue, except it is only legitimate in the context of the mutual hatred and stereotyping between our two peoples at that time, all of which should be unacceptable in a civilized society. Seuss published one hit piece in which slant-eyed and bespectacled Japanese are pictured grabbing sticks of TNT from a coastal store labeled Honorable Fifth Column. Use of the moniker “honorable” mocks Japanese courtesy, and they are no more generically nearsighted than occidentals.

Was it morally wrong to stereotype? Of course. Was it any different than the prevailing attitude behind Franklin Roosevelt’s Executive Order #9066 – issued just six days later – that imprisoned more than one hundred thousand native-born and naturalized American citizens of Japanese descent, with neither trial nor a shred of evidence they were in any way disloyal?

The cartoons were an insult, but the captivity was a serious injury, brought about by a racially motivated president, his military commanders, and a Supreme Court as enslaved by the times as when they decided Dred Scott in 1857, and Plessy v Ferguson in 1896.

Shall we now cancel FDR, the United States Armed Forces, and the United States Supreme Court? Some would say yes. How about the Japanese who considered themselves racially superior to Americans and who routinely attributed torture and abuse of prisoners to us because of the way they treated their own captives?

Shall we condemn everyone, or shall we seek authentic reconciliation with one another?

Enter spiritual warfare and the culture (lifestyle) of repentance. There is nothing “airy-faery” about authentic spiritual warfare. It is not about agreeing to seek the good in others just because nice people do that. It is about recognizing how much disaster has engulfed our world because we insisted on doing what we could – because we could – instead of recognizing that the problem of evil originated beneath this world and its solution came down from above it. Of course, it only came down with our humble request and committed participation.

The spiritual solution is about courage coupled with humility to assert what we understand to be right and true – whether others agree or not – to listen with respect to people whose experience dictates otherwise, and to beg God Himself to reframe the conversation so that people of goodwill can come together under His sovereignty.

Disagree? There are plenty of alternative viewpoints available, but how have they been working out for us?

We can choose to look for people we think more sinful than ourselves and comfort ourselves by persecuting them, as all sides did during World War II. Or we can look at people as they really are: as needy of forgiveness as ourselves, and then walk with them. We must remember that all have sinned and fallen short of the glory of God.

God promises that whenever we seek His face we cannot fail to find Him – and we can also find the abundant life that is His gift for us.

We always have choices. Our first choice is to fully integrate with the increasingly orgiastic lynch mob mentality that is calling the shots from the halls of Congress and the streets of our communities. The second enables us to become the remedy we seek.

PS. The title of my second book is The Holy Spirit and the End Times. Shameless plug: It’s available through Amazon, or from this author. Its theme is not the apocalypse, but rather how we navigate this season of Great Awakening and the embryonic End Times Tribulation, which are two distinct phenomena progressively revealing themselves as parallel events.