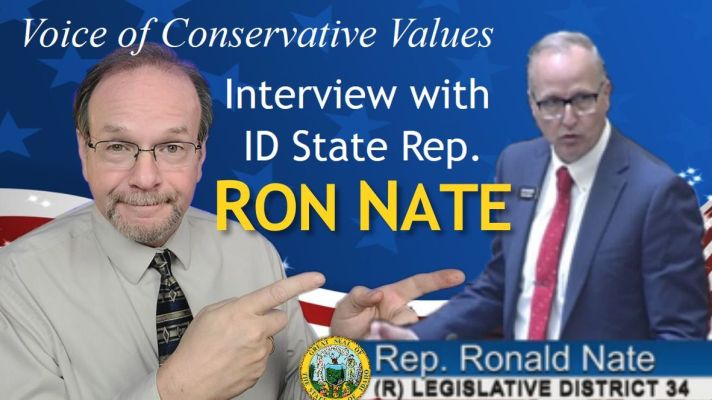 From Monday through Wednesday this week, the Idaho legislature reconvened. Their main purpose? Protect Idahoans from vaccine and mask mandates. Except they didn’t. The Idaho Senate did nothing with the few bills that came their way after getting passed by the House. Additionally, House Speaker Scott Bedke (R-Dist.27) masterfully sent many of the best bills, ones that would have truly helped Idahoans, to Fred Wood’s Health and Welfare Committee, knowing full well that Wood (R-Dist.27) wasn’t going to give them a hearing.

As State Rep. Chad Christiansen stated on his Facebook page, “I just wasted three days of my life.”

To address the lack of action taken by Idaho’s legislature, True Idaho News editor Daniel Bobinski had Rep. Ron Nate (R-Dist.34) as a guest on his Voice of Conservative Values show. In the first half of the show, Bobinski discussed the problem with people who claim the Republican label but fail to vote in alignment with Republican values as enumerated in the Idaho Republican Party Platform.

During the second half the show, Bobinski had Nate on to elaborate on the three-day session.

Nate explained that 29 bills were presented, only seven were passed, and only three of those seven were heard by the Senate. Even still, the Senate State Affairs Chair, Sen. Patti Anne Lodge (R-Dist.11), opted to ignore the needs of the people of Idaho. She wound up putting all three bills in a drawer, saying she didn’t want to rush any legislation.

It should be noted that no official deadline existed. The legislature could have met until deliberative decisions were made.

Of special note, lobbyists spent their time testifying to members of the Senate, not the House. In fact, about a third of all the people testifying in front of Lodge’s committee were lobbyists.

On the show, Nate said, “A friend of mine told me, ‘The Senate listened to their constituents. You just don’t happen to be one of them.”

The full show can be viewed here:

“We have this thing called a vaccine. It’s not a vaccine. It’s also issued under an emergency use authorization, which, to my knowledge, is not supposed to be mandated under any condition. It violates so many laws – it violates the Nuremburg Code, and nobody is doing anything about it. Idahoans have had their arms up in the air, saying ‘fix this!’  So finally, after kicking the can for a couple of months, Speaker Bedke finally called the house back into session. You guys met this week, I looked at what happened, and it was kind of a dog and pony show. What was your take on it?”

“It started out promising, but you’re right – it turned into a dog and pony show. We had 29 bills in the house of representatives, and that told me one thing: There’s a lot of representatives out there who are feeling the pressure – getting feedback from their constituents that something needs to be done in Idaho.”

“A lot of us had good ideas for bills – 29 bills – [but] half of them got sent to amending orders or sent to a committee to die. We ended up voting on the House floor on ten bills, and we sent them over to the Senate. And they were good bills. They were bills that said, ‘You cannot mandate vaccinations, whether you’re a government, business, or other entity.’ There were bills that said, ‘If there was a mandate, you cannot ask your employees to violate their medical privacy by telling you their vaccination status.’”

The result? Nothing was passed in the Senate, so Idaho’s citizenry still stands vulnerable to businesses insisting on “mandates” for injections that aren’t even supposed to occur because they are not officially approved.

After three days, both chambers of the legislature officially adjourned until January. Until then, and possibly even longer, Idaho’s citizens remain unprotected.

About the Voice of Conservative Values show