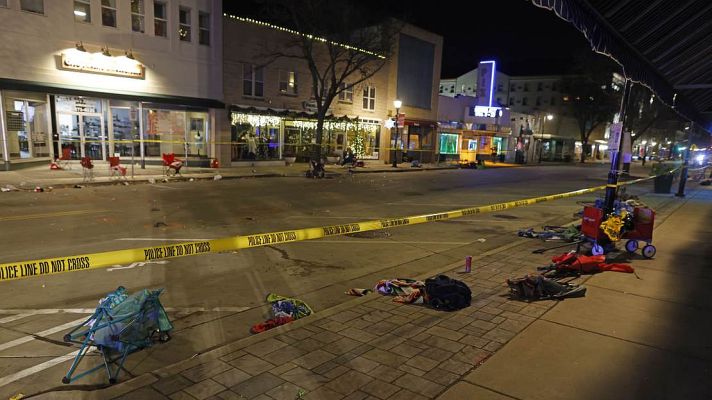 Waukesha, Wisconsin was the scene of a horrific tragedy on Sunday, when man drove a red Ford Escape through citizens participating in the town’s Christmas parade. Five fatalities have been confirmed, with 40 more inured.

Graphic footage of the incident showed the vehicle driving at a high rate of speed though a marching band, running over dozens of students. The video has since been taken down. One eye witness stated he observed multiple injured parade participants, and others who were clearly dead. The suspect, identified as Darrel E. Brooks, is in custody. CBS News reports that Brooks may have been fleeing from another scene – possibly a knife fight – when he plowed through the parade participants.

According to JustTheNews, the Archdiocese of Milwaukee stated a Catholic priest was among the injured, “as well as multiple parishioners and Waukesha Catholic school children.”

Online photos retrieved of Brooks’ address show a red Ford Escape parked in front of the house, the same make and color of the vehicle seen on video plowing through the parade participants.

No known motive has been released for Brooks’ alleged connection to the incident.