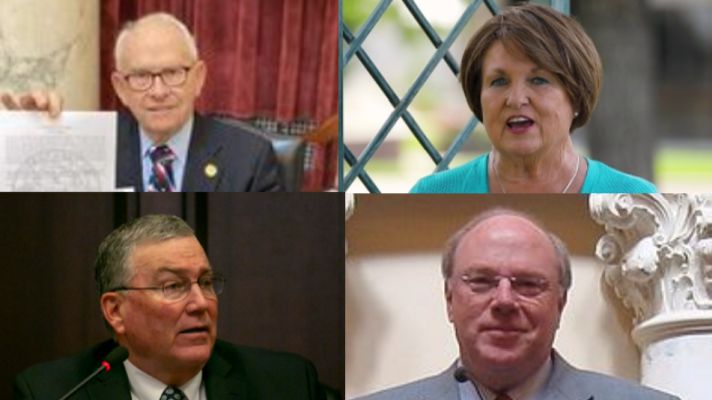 “If you don’t like it, get a different job,” they say. These are the sentiments of people like Idaho State Senators Patti Ann Lodge, Jim Patrick, and Fred Martin, along with other legislators like House Speaker Scott Bedke and corporate bigwigs who run these alleged “non-profit” hospitals.  It’s that easy right? You don’t want to be raped by your employer forcing a needle into your arm when you know that act has killed at least 5,000 Americans and has permanently injured hundreds of thousands more. So, instead of succumbing to the risk of a debilitating illness or death, you decide to value your life and your family relationships over a career path.

After all, the hospital has immunity. You can’t sue them if you become permanently damaged from “the jab.” Neither can you sue Pfizer, Moderna, Johnson & Johnson, or AstraZeneca, because they, too, have immunity. If you end up having a heart condition that stops you from enjoying every outdoor activity you’ve enjoyed your entire life, your loving hospital employer and your loving State Senator are just as likely say, “Sorry. You are one of the unfortunate ones. But it was for the greater good.” Then the hospital administrators and your elected representatives will go on with their lives, doing what they want, while you suffer the side effects of that injection the rest of your life.

What’s scary is these hospitals are not providing their employees with informed consent. They can’t tell you what’s in the vial, because they themselves don’t know. They also aren’t going over the possible damages and injuries that can occur from being injected with a genetic modulation. Heart attack. Demyelinating diseases (disintegration of nerve sheathing). Venous thrombosis (deep vein blood clots) and disseminated intravascular coagulation (blood clots throughout the entire body).  Spontaneous abortion (loss of pregnancy). Death. All of these (and many more) “side effects” are happening to people, but it’s like nobody wants you to know.

The cold-hearted legislators who say you can just get a different job think it will be no problem to do so. Never mind you spent decades of your life learning a specialized skill that can only be done in a hospital setting. Never mind that you invested tens of thousands of dollars and years of your life getting educated to do that job.

As Patti, Jim, Fred, and Scott would say, “The employer has a right to place whatever requirements they want on your employment. Just get another job.”

I say it’s time for a closer look at what Idaho’s Speaker of the House and Governor Little’s minions in the Senate might do if the tables were turned. What if the Director of the Department of Health and Welfare decided that lifelong politicians are causing too many problems, and any male serving more than 10 years in public office must get publicly castrated?  Do you think Jim, Fred, and Scott would play along? Would they drop their drawers on public television while a doctor took care of business with a dull, rusty scalpel, or would they buckle and just quit their positions of power? Or would they push back at the DHW Director who was saying Idaho is an at-will employment state, and employers can place whatever mandates they want on their employees?

Some say that the fact that our elected representatives are not standing up for the rights of Idahoans shows they’ve already lost certain parts of their anatomy. Think what you will, but it’s clear that the people who are supposed to look out for the will of the people are instead looking out for the interests of Big Pharma. Shame on them. We can hope that these representatives grow a spine and fight for the interests of the people. And if they won’t, we can hope that they find themselves facing bona fide challengers come primary season that will make sure these weak-willed politicians are forced to get a different job.