Home National News Ninth Circuit Gets it Wrong: Here’s the Reason for the Second Amendment 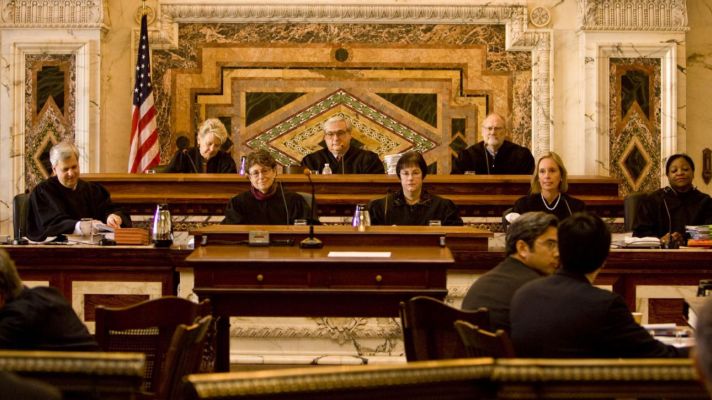 The Ninth Circuit Court of Appeals has ruled the Second Amendment to the Constitution does not guarantee a citizen the right to bear arms outside of his own home – and never has.  That includes carrying firearms in any public place. The fascinating aspect of this decision is that the majority claims they researched statutory and common law (English law) all the way back to 1348 before rendering their decision. They either forgot or ignored that the driving force for the Second Amendment was the passionate resolve to enable Americans to protect themselves against the ravages of English law. It is mind boggling to imagine people calling themselves judges can be at once so oblivious and so obtuse.

The Ninth Circuit’s decision reversed a prior decision invalidating a Hawaiian law against open public carries in the absence of a permit, with permits being granted only upon proof that the carrier is in legitimate danger when unarmed.

The decision reads, in part, “It remains as true today as it was centuries ago, that the mere presence of such weapons presents a terror to the public and that widespread carrying of handguns would strongly suggest that state and local governments have lost control of public areas.” Police and armed forces are excepted.

The total tonnage of facts they manage to ignore or forget would sink the British Fleet. The Second Amendment was adopted by people fresh from victory in the American Revolution. The first shots of that war for liberty were fired at Lexington and Concord against seven hundred British troops intent on seizing arms from the colonists. These militia men were defending their homes only by extension. Their immediate defense was of a supply of cannons, long rifles, and ammunition intended for use against those very British troops to prevent the arrest of colonial leaders Samuel Adams and John Hancock.

Although the munitions had been hidden, a force of eighty armed citizens confronted the British troops at Lexington, and approximately four hundred blocked them at the Concord Bridge.  It was precisely a British demand to lay down and surrender their arms that provoked the ensuing firefights – and the immortal words of colonial Captain John Parker: “If they mean to have a war, let it begin here.” There has never been any doubt in the mind of any court in the history of America that the Second Amendment was intended to explicitly countermand British statutory and common law regarding the public carrying of weapons.

By the way, that first battle was both a tactical and a strategic victory for those “illegally” armed colonists. They successfully protected their leaders and their arms. Using unorthodox tactics, they drove a superior British force back to Boston and besieged them there. Casualties on the British side were three times those of the Americans. This is the fruit of asserting a uniquely American idea of the right to bear privately owned arms.

Perhaps you’ve heard the slogan, “Come and take it.” It was first recorded in 480 BC, at the Battle of Thermopylae, where Sparta’s King Leonidas used those words to defy a much larger Persian force demanding the surrender of his arms.  Americans spoke those words when a British commander demanded the surrender of Fort Morris, Georgia, in 1778.

Fast forward to 1835 on the plains of Texas. The Texas Revolution against Mexico was launched over a cannon the Mexican Army sought to confiscate from the settlers of the town of Gonzales. When Mexican cavalry confronted the settlers they found themselves facing the cannon itself, a group of armed citizens, and a banner hanging below the cannon reading, “Come and take it.” Following a brief firefight with these privately armed and arms-displaying patriots, the cavalry withdrew and the first battle for Texan independence was decided for Texas.

Texas irregulars in 1835, like continental soldiers and militia in 1778, were operating out of a tradition millennia older than British common law. American patriots still cherish this tradition, using the, “Come and take it” phrase over this past year on T-shirts defying California Governor Gavan Newsom’s ban on surfing during his extra-legal lockdown, and even more recently the banning of Dr. Seuss’s Cat In The Hat.

Mere months after the close of World War II, patriots had grown weary of the corrupt politics in Tennessee and other surrounding states. Local and county governments were practicing routine acts of police brutality, political corruption – including election fraud – and voter intimidation. On August 1 and 2 of 1946, armed confrontations unfolded in Athens, TN, after local authorities confiscated the ballots of McMinn county’s most recent election and refused to allow the monitoring of vote counts. Citizens, including many veterans, armed themselves and laid siege to the building where the ballots had been taken. Reports state that gunfire was exchanged for several hours, but when the ballots were finally recovered, it was learned that the corrupt party had been outvoted by a margin of nearly 2:1. None of that would have come to light unless armed citizens rose up and acted. No charges were ever filed against the armed citizens.

Remember what the Ninth Circuit said in its ruling: “[T]he mere presence of such weapons presents a terror to the public and that widespread carrying of handguns would strongly suggest that state and local governments have lost control of public areas.” That the Ninth Circuit would forbid a basic constitutional right of self-preservation because it implies government is not doing its job of protecting the public is as pathetic as it is absurd. Especially in light of the government’s abysmal failure during 2020’s summer of riots.

In Idaho, the best way to defy this nonsense is to support House Bill 300, a bill to protect the state from having to enforce federal incursions on Second Amendment rights. Citizens are emailing State Senator Patti Ann Lodge (palodge@senate.idaho.gov) and Representative Brent Crane (BCrane@house.idaho.gov), demanding they allow hearings in their committees on this very popular bill. Lodge has stated she does not want her Senate State Affairs committee to hear the bill, and Crane has stated he will not hear the bill in his House State Affairs committee simply because Lodge does not want to hear it in the Senate. House Bill 300 protects Idaho citizens from unconstitutional overreach. This begs the question about why Lodge is refusing to hear the bill.

Those living in other states seeking to protect themselves from unconstitutional actions should take steps to appropriate a similar bill in their states within constitutional limits.

Americans must remember and assert that rights come from God, not from government. This includes the right to self-preservation, and that right was embedded into the founding documents of our country. The Ninth Circuit Court has either forgotten that, or they are willfully ignoring it.