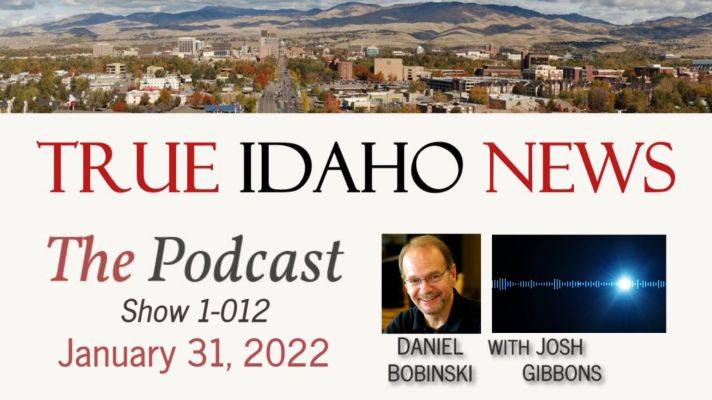 This week’s podcast can be heard (or watched) here:

The show can also be heard on:

The income tax reduction bill passed the House and is on its way to the Senate. RINOs are touting it as the greatest thing since sliced bread, and it could be if you think crumbs are better than bread.

The Truck Convoy is moving across Canada, but the Canadian Broadcasting Company tried to push a story about truckers protesting bad roads in Canada. There may have been some folks complaining about poor roads, but, in essence, this is gaslighting 101. The result? It lowers people’s trust in the media.

Media has gotten quite comfortable censoring things “they” don’t want you to talk about. In fact, Facebook recently suspended Idaho State Rep. Chad Christensen simply for reposting PUBLIC TESTIMONY that was recorded at the U.S. Capitol in Washington D.C.

Hosts Daniel Bobinski and Josh Gibbons discussed alternative social media platforms that allow free speech. Daniel mentioned that gab.com is owned by a Christian (Andrew Torba) and is totally independent, and he announced he will be moving away from Facebook and starting a Gab account. Co-host Josh said he’s getting more active on gettr.com. Former President Trump’s up-and-coming platform will be called Truth Social, and it’s projected that Facebook will lose many users when Trump’s followers leave en masse for Trump’s platform. According to the new Trump Media & Technology Group, Truth Social is supposed to launch this month.

The Idaho redistricting map has been finalized, and next year’s legislature is going to look very different. Some of the new districts have four or five current house members, and if they want to stay in, they will have to run against other. Other districts are now wide open in some seats, so it will be open seats. Constitutional conservatives are encouraged to step up!

The Idaho Senate is looking at giving families money to help with learning loss (SB 1255).  Daniel sees this bill as thin ice, a slippery slope, and a yellow flag. Wherever the government gives money, the government says they can dictate where that money can be spent. He says it’s also another step toward Socialism and Communism.

Lastly, RedoubtNews.com reports that a case has been taken to the International Criminal Court accusing 16 people total, including Bill Gates, Anthony Fauci, Charles Schwab (of the World Economic Forum) and the heads of the “vaccine” manufacturers, of violating the Nuremberg Code on multiple counts.  The Nuremberg Code is an internationally accepted medical code that was put in place after World War II that protects people from coercive medical treatments or experiments. Mandating experimental treatments is considered a war crime under the Nuremberg code, and the mRNA “vaccines” being mandated around the world are experimental.

NOTE: The first five Triple Diamond Sponsors get mentions on the podcast.