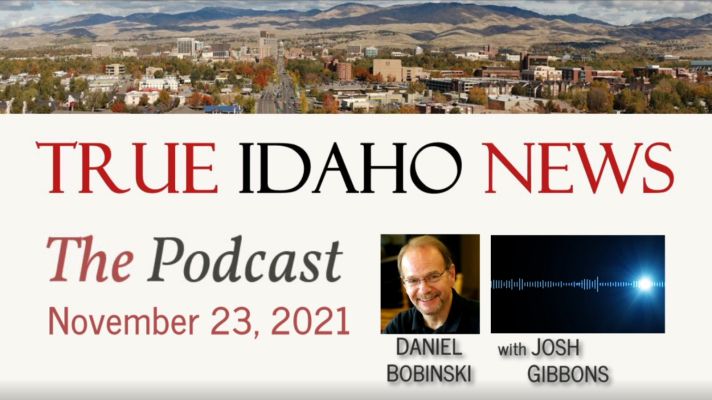 It’s official. The True Idaho News Podcast has launched. During the debut episode, the hosts pulled no punches in discussing the recent legislative session, legislators in Canyon County who claim the Republican label but don’t live up to it, and the farce that passed as an “ethics” committee hearing that resulted 49 legislators voting for a lie.

“I intend to cover Idaho news and even national news on this show, and I’ll do so more like an opinion piece. We’ll cover the facts, but we’re also going to offer a whole lot more insights and thoughts in a way that you really can’t do on the printed page.”

“I sit down sometimes to write a story, or have someone write a new story, and we’re looking at the facts of the story.  And sometimes you want to interject your thoughts or opinions about that stuff, but it’s just not appropriate in the ‘news’ format. Yet, you want to be able to convey what’s really going on. That’s part of the purpose for this podcast.”

Bobinski’s co-host for the debut episode is Josh Gibbons, a political campaign consultant, owner of Spire Visuals (video production), and a podcaster in his own right.  Gibbons hosts the “Whats Happening Idaho” podcast.

Bobinski says he values Gibbons’ insights and intends to have him as a regular co-host on the show.

During the first episode, Bobinski and Gibbons started by reviewing the reconvening of the state legislature, which easily led to them talking about Republicans who aren’t. Specifically, the hosts called out Reps. Greg Chaney and Scott Syme, as well as Sen. Patti Anne Lodge, all from District 11. The three are among those who claim to be Republicans, but don’t vote like it. Gibbons stated that Chaney & Syme don’t even try to hide it, as they refuse to sign to align themselves with the Idaho Republican Party Platform.

Along those lines, Bobinski pointed out that the “ethics” committee’s “logic” in the Giddings’ hearing was nothing but a farce, and that video evidence is clear that committee members did exactly what they accused Giddings of doing.

Other topics included Obamacare supporter and Lt. Governor candidate Luke Malek suspending his campaign and throwing his endorsement to House Speaker Scott Bedke. Malek, Bedke, and Giddings were running for the state’s number two spot, but somewhere, somehow, it was decided that Malek and Bedke would be splitting the “establishment” Republican vote. Malek’s withdrawal makes it a 1:1 race between Bedke and Giddings, with Giddings being the clear cut choice for many conservatives throughout the state.

To wrap up the show, the hosts discussed how the real election in Idaho happens in the May Primary, and that political refugees who are new to Idaho need to help get conservatives elected in the Primary.

Where to hear the show

Currently, the True Idaho News podcast can be heard on Spotify, Rumble, and BitChute. Starting next week the new show will appear on all major podcast platforms. For now, here are the links for where to hear the current show:

The show is also available here: