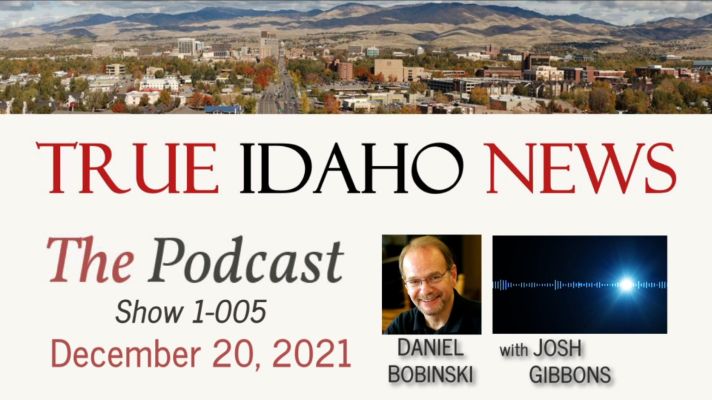 On the docket of today’s podcast is cannibalism in Bonner County, the first cannibalism case in Idaho.

Then Daniel Bobinski and Josh Gibbons take a poke at Greg Chaney as he claims a conservative homeschooling soccer mom is using dark money from out of state to paint him in a bad light. Daniel points out that Chaney’s own behavior does that all by itself. Josh raises the question: Since Chaney refused to sign on to support the Idaho Republican Party platform, how can he claim to be a Republican?

In a section about payoffs, bribes and blackmail, Daniel and Josh talk about Biden’s stimulus checks and Brad Little tossing tax bones back to taxpayers from the state’s $1.6 Billion surplus. Also: Ed Humphreys’ campaign is doing a charity quid pro quo, withholding $25,000 in money to charity unless Janice McGeachin debates Humphreys. This isn’t the way to do charity.

In Omicron news, Daniel and Josh discuss Biden’s false information about vaccines and Omicron as he attempts to divide America. Daniel elaborates on people getting the jab to keep their job, only to get vaccine injured to the point they can’t do their job It’s sad that Brad Little can’t be intellectually honest about this. Pull the string, he parrots that the vaccine is safe. It isn’t.

The show finishes with Josh revisiting the Greg Chaney story, pointing out that Chaney sent out a fundraising email in which he claims to be Caldwell’s Senator — when he is NOT. He deserves an ethics violation for doing this (being deceitful constitutes conduct unbecoming of a legislator), but since Chaney carries a lot of water for House Speaker Scott Bedke and Gov. Brad Little, at most he’ll probably get a slap on the wrist — and a pat on the head. 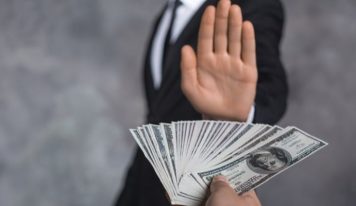 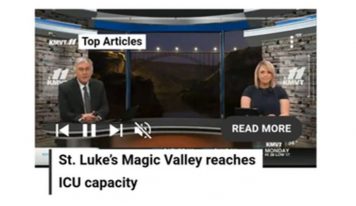