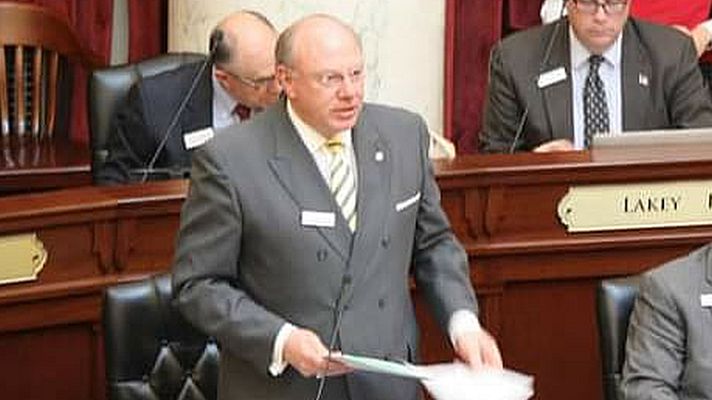 On April 14, Idaho’s House passed HB 339 with a better than 2:1 margin (47-22). If enacted, the bill would prohibit mask mandates in the State of Idaho. On April 19, the bill was delivered to the Senate where the gentleman from District 15 promptly filed it in his desk drawer to let it die.

Martin chairs the Senate Health and Welfare Committee, and he says he’s not having any more committee meetings this late in the legislative session. According to an AP report, Martin said, “We shut down the committee several weeks ago, so we are not hearing any additional bills.”

He shut down his committee weeks ago? As best, such behavior is pure laziness. At worst, it’s dereliction of duty. Not sure which is worse: Martin’s laziness, or that Senate President Pro Tempore Chuck Winder doesn’t light a fire under Martin’s backside and remind him that the Senate is still in session and that he needs to do the job he was elected to do.

Martin’s comments about HB 339 also indicate his ignorance about his role in the state government. He said, “I don’t like the federal government telling me as a state senator what we should be doing, so I don’t like us telling the cities, the counties, the school districts what to do unless it’s something they’re coming to us for to make changes.”

Such a comment rings hollow. An examination of legislation voted on by Martin throughout his nine years at the Capitol shows the Senator from District 15 has passed plenty of laws telling cities and counties and school districts throughout Idaho what they could and could not do.

And now, because Fred Martin doesn’t understand his job and seems to think he can shut down his committee weeks before the legislative session is over, many citizens in Idaho must continue to wear masks for who knows how long.

Of course, by sitting on the bill, it could be that Sen. Martin is secretly carrying out the will of Senate President Pro Tem Winder. Or maybe he’s trying to curry favor with the man on the second floor in hopes of getting a cushy appointment. Or maybe Sen. Martin actually believes the misinformation put out by Anthony Fauci. Or maybe Sen. Martin is just lazy and/or obstinate. But one thing is for sure: Martin needs to be carrying his personal effects out of the Capitol Building in 2022.

Defending his inaction, Martin referred to 2021’s long legislative session. He said, “I feel like we’re a bunch of junior high boys out after midnight, and nothing of good comes of that. It’s time to go home.” District 15 voters should translate that as Martin saying he is no longer capable of doing the job for which he was elected.

Like what you’re reading?
A quick click and you’re helping people get TRUE news. Every small bit helps.
Contribute to Constitutionally based, liberty-focused TRUE Idaho News. Thank you!