Home Idaho News McGeachin & Giddings v. The Establishment: You Shall Know Them by Their Fruits 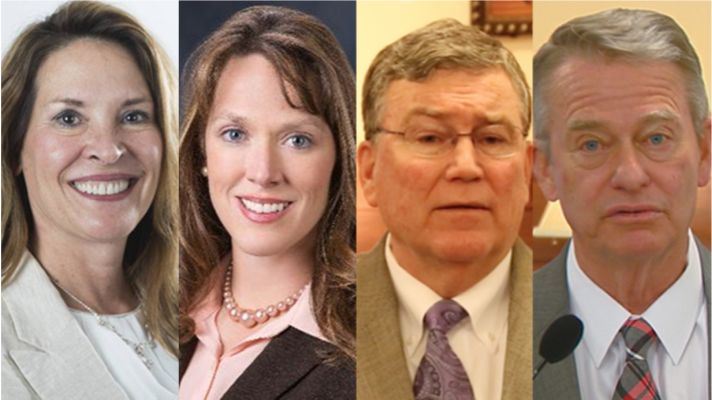 Idaho Representative Priscilla Giddings is scheduled to sit before the House Ethics Committee at the state capitol on Monday, August 2.  Her hearing is set for 9 AM in the Revenue and Taxation room. Giddings is accused of “conduct unbecoming” a member of the state House of Representatives, a “crime” that is not defined in the state code.

Specifically, Giddings is accused of making public the name of a woman who brought charges against another state legislator, and then lying to the Committee when they accused her of it. Fact is, Giddings linked to an article in which the accuser’s name had been previously published by someone else. Therefore, she did not out the accuser, despite the false claims against her. What Giddings was doing was decrying the denial of due process to her colleague.

It is also fact that in a constitutional republic – and Idaho claims to be one – you cannot go charging a person with an illegitimate act that is undefined in the state code. That is like accusing me of using the wrong fork at dinner when there is no agreed definition of when to use a fork. Yet there is a lot more at stake here than good table manners.

Priscilla Giddings is running for Lieutenant Governor in the 2022 Republican primary. Her principal opponent is House Speaker Scott Bedke. Bedke is also her principal accuser. He refuses to answer questions about his questionable role in the proceedings except to say he did not accuse her before she linked to the article. What does, “I did not accuse you before you did what I accused you of doing,” even mean? The stench of cigar smoke emanating from the smoke-filled room is overwhelming. Let us know them by their fruits.

Bedke has served in the legislature since 2002, as House Speaker since 2012. He is well known as a patron to his friends and a vicious enemy to those who oppose him at any turn. Dixon, who will preside over Gidding’s ethics hearing, is Bedke’s handpicked leader of the committee. Bedke has telegraphed his intention to have his opponent expelled from the legislature in disgrace; he is taking action to achieve this.

Bedke’s fundamental dishonesty was placed on display recently when the House – with his concurring vote – adopted House Concurrent Resolution 1, a measure to end the governor’s yearlong state of emergency. Before the ink was dry on HCR1 Bedke was at the senate door urging senators to refuse even a hearing for HCR1. Senator Fred Martin, source of the report, is himself no paragon of honesty, yet there is no reason for him to dissemble in this case, and his statement is on tape.

Giddings, on the other hand, is a nine-times-decorated war hero with an unblemished record of integrity in and out of the House. Her co-leadership of the Education Task Force – in my presence – has been a model of decorum in the face of non-stop vicious media and House leadership attacks. By their fruits they are known.

Fruit Inspection in the Executive Branch

Lieutenant Governor Janice McGeachin is running for governor. She also started and is co-chairing the education task force to discover the extent of Critical Theory being taught in Idaho’s schools. She too has been subject to unrelenting attacks from media, and legislative and executive branch leadership.

Governor Brad Little mocked McGeachin when the task force was announced, joining the media’s massed accusation of “witch hunt” and “gossip and innuendo” attacks on teachers. He also roasted her for issuing an executive order – while acting governor – rescinding mandatory masking and forced vaccinations for medical employees despite the reality she was standing only for state law and constitution.

McGeachin has called for state action to reign in healthcare providers who threaten employees with termination for not taking a COVID shot, despite the fact that COVID vaccines are experimental and unapproved by the FDA. To make experimental drugs mandatory is a clear violation of the state’s medical code of ethics.

Brad Little stated it would be “government over-reach” to take action. One might wonder how the man who locked down the state and decreed continuance of the emergency for more than a year defines terms like “over-reach.”

Media and education elites lambaste McGeachin on an almost daily basis for doing her job. In the case of the Education Task Force, this includes investigating citizen complaints about indoctrination and intimidation of children by rogue teachers and administrators based on the children’s race. State education establishmentarians piously declare they know of no such instances; but McGeachin’s office holds and has displayed hundred of pages of complaints.

Media outlets are suing McGeachin for allegedly blocking their access to the complaints; in fact, the lieutenant governor has refused only the personal information of complainants; since her task force has no judicial authority and is not conducting criminal proceedings, this is only decent.

Media also declares – alternately – that Critical Race Theory does not exist, is not taught in public schools, or is an undefined and unknowable phenomenon. This despite the National Education Association and American Federation of Teachers published commitment to continue teaching CRT whatever state laws may say – and published a list of eighteen Idaho teachers who promise they will personally continue the abuse.

McGeachin, on the other hand, calmly invites the public into task force meetings, holds press conferences where appropriate, speaks truth to entrenched state power, and meets with President Trump; who – incidentally – applauds her work. Who should we believe? The media or McGeachin? By their fruits…

One more question comes to mind. Of the announced candidates for governor and lieutenant governor, which ones have been singled out for concerted attack by the back-room-deal-making Establishment? Only McGeachin and Giddings. And they have been shelled – repeatedly. What is so terrifying about these two to said Establishment?

Again, let us know them by their fruits.